I can see the light at the end of the tunnel. Well - sort of.

These are the last two days of the Christmas season for us ... and we end it with a bang. My hubby's bday is tonight - and our little 4-couple fondue has turned into a 19adult 7children event.
Why am I wasting time writing this, instead of doing all that I should be? Well, I'm waiting for my hubby to come home with all the ingredients to finish everything up. Like all functions, it's the last hour prior to that becomes a nail-biting frenzy. And I'm a tad nervous that there won't be enough of everything ... I mean, how do you plan for 19 people with dipping sauces?? I have no clue - but I'm willing to give it a try *grin*.
The numbers grew due to people not having a place to go for New Years. So we invited another couple. Then another. Then we found out so-and-so didn't have a place to go, and neither did so-and-so.- We have an "open door" policy but when we were told that another so-and-so would like to come to, with so-and-so, we had to decline. Honestly, it was such a hard thing to do - but as my poor hubby said, "Sweetie at some point you just have to say "no". There simply isn't enough room." Ick. It just made my stomach turn into knots. But they were gracious and hopefully they understood our predicament.
On another note, last night we were at B&A's engagement party and I learned of some of my "blog stalkers" (they should come up with a better term - that just sounds creepy instead of what it really is - super sweet). Listening to people be touched by what I write was really quite surreal. One person talked with me about how my story of Shalom really touched her, and another talked about my recipes ... and it was really lovely to hear.
See, I just write, and throw it out there - not sure who will be catching it. So, as this is the final blog of 2008, let me thank YOU for taking the time to care about the little snippets that I write. I wish you all a wonderful new year, and all the best for 2009.

I'll be sure to post pics of our New Years Party ... but for now, here are a few pics of the snow caves my hubby built with Mattias and his neighbour friend. The snow's still here, but definitely melting ... we'll see what happens during January!
Be blessed! 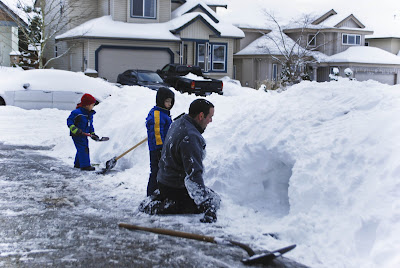 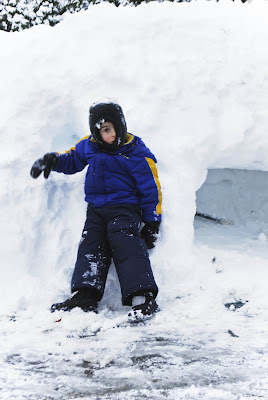 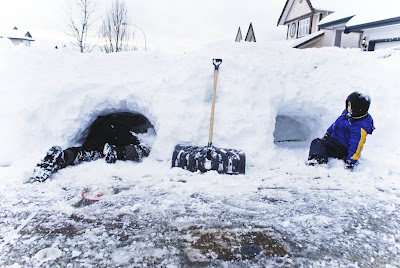 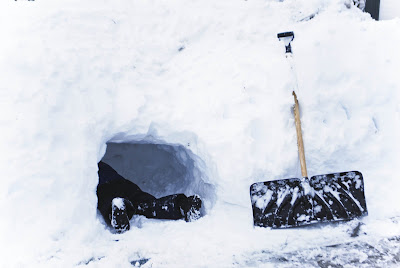 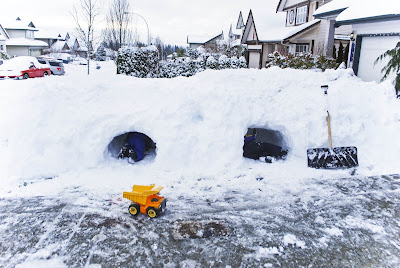 Happy New Year Tania! We also had a fondue...but on a much smaller scale. My sister joined my husband, myself and our two boys. Our youngest proclaimed during dinner that "this is the best night of my life!" So it goes and another memory is made. Wishing you a lovely 2009! Love, Janean

Happy New Year Tania! We also had a fondue...but on a much smaller scale. My sister joined my husband, myself and our two boys. Our youngest proclaimed during dinner that "this is the best night of my life!" So it goes and another memory is made. Wishing you a lovely 2009! Love, Janean

PS - I only posted once...not sure what happened!