It's been a rough go these last few weeks.  There has been much heartache, must blind-siding news - too much, just too much.

And without going into the details of each one - I know of one mother of four young children, who is battling cancer and currently in palliative care; another young mother who is awaiting results for her recent cancer-fighting treatment; a young grandmother who has been given a fatal diagnosis - coming as a complete shock to her family; another mother who is awaiting the birth of her miracle grandchild in four weeks ... and has been given the devastating news of even less time than that - another complete shock to all those involved.

Then there's my cousin, Jono - and his journey after his December car accident ... it has been both inspiring and exhausting ... believing for miracles, wondering when they're going to happen ... more on that in a moment.

Sunday morning was a beautiful time at our home church.  My brother happened to be leading ... and there was just a sweet, sweet spirit.  There was a testimony during that sacred time from one of my mentors - of how he was healed of a brain tumour over a decade ago ... something I hadn't thought of in such a long time.  And it was a poinent moment for me - because I had been praying, asking God for a miracle for each of these circumstances ... but when more and more requests came forward, I found myself wondering which needs God would choose.  I know God heals, I know He can do all things.

But how overwhelmed I felt, how insignificant my own needs.

Because it is easy for me to look at different circumstances and say, "... maybe they need the miracle more; maybe they're more deserving; perhaps that one has had a good life, but that one has so much promise ... " yada yada yada.    And yet in the service I felt SUCH an overwhelming thought go through my head.  The knowledge that miracles are for everyone.  That God doesn't have a quota to meet, or a limit to what He can do.  And this stirred me ... for it actually feels like there is an epidemic going on in our community - one where we have now come to a place where we are desperate and need a miracle.  It feels like disease and devastation are contagious.

I remember all too well, needing my own miracle with Shalom.  I was desperate - clinging on to any mustard seed of hope that I could.  I also remember something that a wise woman said to me ... she said, "... God's got your attention now.  Listen closely.  Cherish these conversations.  It will be too soon that the busyness of life will crowd your mind again."

She was SO right.

Times of desperation - for those who have faith - are the moments when we find ourselves closest to Him.  It's when we cognitively rely on Him for everything ... it's truly a beautiful season.  And I know that He doesn't answer everything the way we would like Him too.  I know that all too well.  But that's not because He can't, and not because we are not deserving.  It's because "He's got this" ... He knows the beginning and the end.

My cousin Jono spoke yesterday.  Not just a "noun" here and a "verb" there.  Complete sentences.  His voice is soft, but his thought pattern and language skills are there.  He still has a very long, very hard journey ahead of him - but this milestone is MASSIVE, as you can imagine.  God is working His miracle power ... not all at once, but in a journey that He knew from the beginning.

So ... one.  Miracles are for everyone.  Two.  Hard times bring us closer to God.  And three.  Miracles can come to pass in the way of a journey, not just instantaneous.

A final thought comes from a video I saw that a girlfriend of mine posted on FB a short time back.  It was of a young woman, in her early 20's, who was obviously in the last stages of fighting caner.  In her video, she spoke of miracles, and I'm paraphrasing here, but she basically said that people still ask her if she was still expecting her miracle.  And she replied, again - paraphrasing here - that she had lived "x" amount of time longer than the doctors ever expected - and THAT was her miracle.

So, friends - number four - we can experience daily miracles, if we open our hearts and eyes to see what's really going on around us.

I think that if we are honest with ourselves, miracles are actually for our own selfish reasons.  We don't want to lose the one we love, we want everyone to be healthy and whole.  We don't want to experience loss.  Of course we don't.   God gives us a desire to live - to breathe, to love.  We respect life, we LOVE life.  But I will close this post with a thought from that same young woman in her palliative care bed ... she said in her video, "... what people don't realize is that even miracles are temporary."  WOW.  The reality is, we don't know our last day ... we can be healed of tumours at noon, and perish in another way at midnight.  Death is inevitable, and miracles are simply there to remind us that there IS a God who sees us, who hears us.  They are not to save us from death - we will all die - they are to renew our faith.

So the real question is, do you - does your loved one - have peace about where you will go, if your miracle looks different than what you hoped?

I hope you know the Miracle Maker.

Well - I haven't posted in a while - no sleep lost over that.  I have posts waiting to be published on digi scrapping - but I wanted to do something FUN.  I had someone ask me recently, "when are you going to do another 'things I'm loving' post??"  As I hadn't done one in a lonnnnng time, I thought that maybe it was time to rummage through my life and see what things are my faves.


I've never smoked, and yet I'm still weary of getting those lines around my lips as I get older *yuck*. I'm a bit of a chapstick queen  ... but this product is PERFECTION for me.  I found it at our local mall at Escents - a place that sells oils and diffusers etc.  It was a fantastic find, even though it was a bit pricy at $7.99.  It lives in my truck, but I'm thinking that maybe I should by a family of them and put them all over the place *wink*. 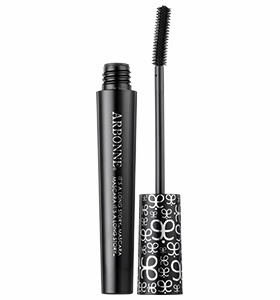 
HANDS DOWN the best mascara I have EVER used.  It's pricy - no lie at $40+ - but so was the total cost of the collection of 5 mascaras that I hated.   Better to pay for one fantastic one, than 5 cheap ones that are ... yucky.  And if you're in need of a good Arbonne representative, comment at the bottom - I know a few girls who would love an opportunity to get your hands on one of these ... 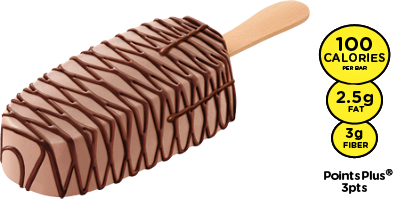 I have a love/love relationship with ice cream.  This 100 calorie snack is sooooo good. That's all I need to say about that. 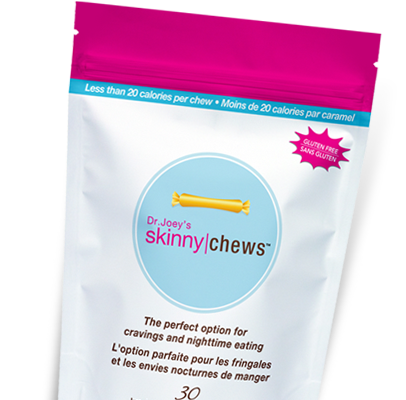 I am always looking for something to HELP me with my slight addiction to all things chewy and sweet.  I saw this Dr.Joey person on the TV show "Shark's Tank" and thought, "hmmmm .... ".  She stated that most people have issues from 2-4pm and 8-10pm ... and that these SATISFY.   "Yeah, right," I thought.  So I headed to Nature Fare and got myself a bag ... and they're SO good.  I have 2 - and that's all I need.  I know, I sound like I'm lying ... they're not super sweet - but have the texture of a tootsie roll.  They're chewy, less than 20 calories per chew AND they have FIBRE in them too.  Win/win, I'd say. 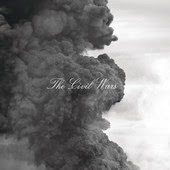 Their new album came out last year - and I'm sure I've gone all "blah blah blah" about them before.  But - they are SO amazingly amazing.  She has a voice like an angel ... and their country/folk/indie feel is something I can't get enough of. 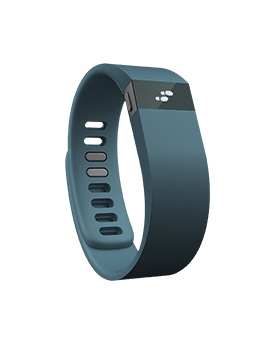 
This was my hubby's and my gift to each other this Christmas, and I LOVE it.  This thing keeps me moving.  It measures numbers of steps, numbers of flights-of-stairs, number of active minutes ... along with measuring sleep patterns.  It syncs with My Fitness Pal for calories vs exercise ... and buzzes with silent alarms if you haven't been moving in a while.  10,000 steps every day is my goal ... and 20 flights of stairs. 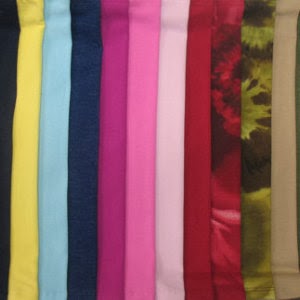 Don't laugh.  No, really.  Stop laughing.  I am NOT preggo.  But I love these.  They're used for growing bellies, to hide the crack of skin as shirts and pants grow farther apart.  But I wear them as extended tanks/skirts with leggings ... they're like a girdle, without the bulk or the pain of straps with tank tops.  I wear mine mainly over leggings, layer them up - suck myself in, and never fearing that I'm going to give a peep show to that poor individual behind me LOL.  ALSO, if you go to this Etsy site the title above is linked to, you'll discover that if you LIKE her FB page, she'll give you an added discount - as long as you contact her before purchasing.  So, I got 5 (black, white, denim, grey, and avocado) - shipped in a week to my door, for like, $25.  They are well made, perfectly stitched ... insert "cheer" here ....

Posted by Tawn at 9:37 AM No comments: Links to this post

I still have about 30pages left ... but in the last few weeks, I've done more than double that.  Plus, I was able to get ALL of 2013's pics edited and ready for digiscrapping.

See, I have a process.  First, I upload my pics into Lightroom.  Then I edit them, and export them into jpegs (I shoot in RAW ... not to be confused with "in the raw" *big grin*).  Once they're exported, they go into a file marked "to be saved".  One there are enough edited images in that folder, I burn them to disk - and move them to the "saved" file.  Those images are then digiscrapped without papers and journaling - just the images - then, the file where they were "saved", all those pics are deleted once started scrapbooking.  Then - I go back when there are about 10 digi pages prepped, and I finishe them off, and THEY go into a "to be saved" file - where they are saved at 24x12 and 12x12 (times 2) pages.  They sit on my hard drive as 12x12 jpeg images until they are put into a Blurb book.

See??  It's crazy.  Just writing it all out made me seem like a loon.  But - it works for me.  What DOESN'T work, is trying to do a years worth of editing and digiscrapping in the month of December.  NO.  That doesn't work at all ...

Ok ... here are the next batch of pages.  Feel free to double click them to enlarge.  WAY more to come, if you're interested *smile*. 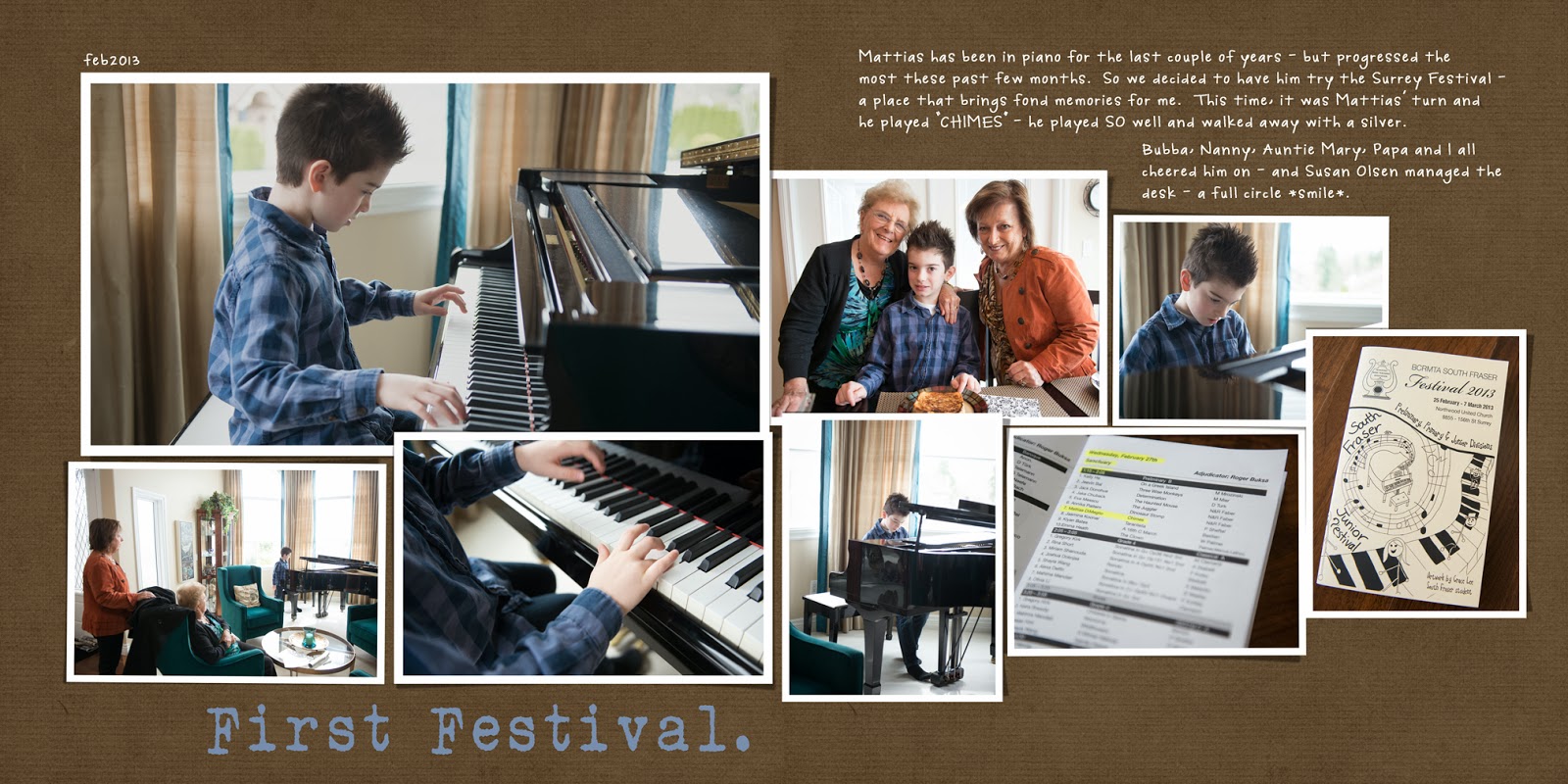 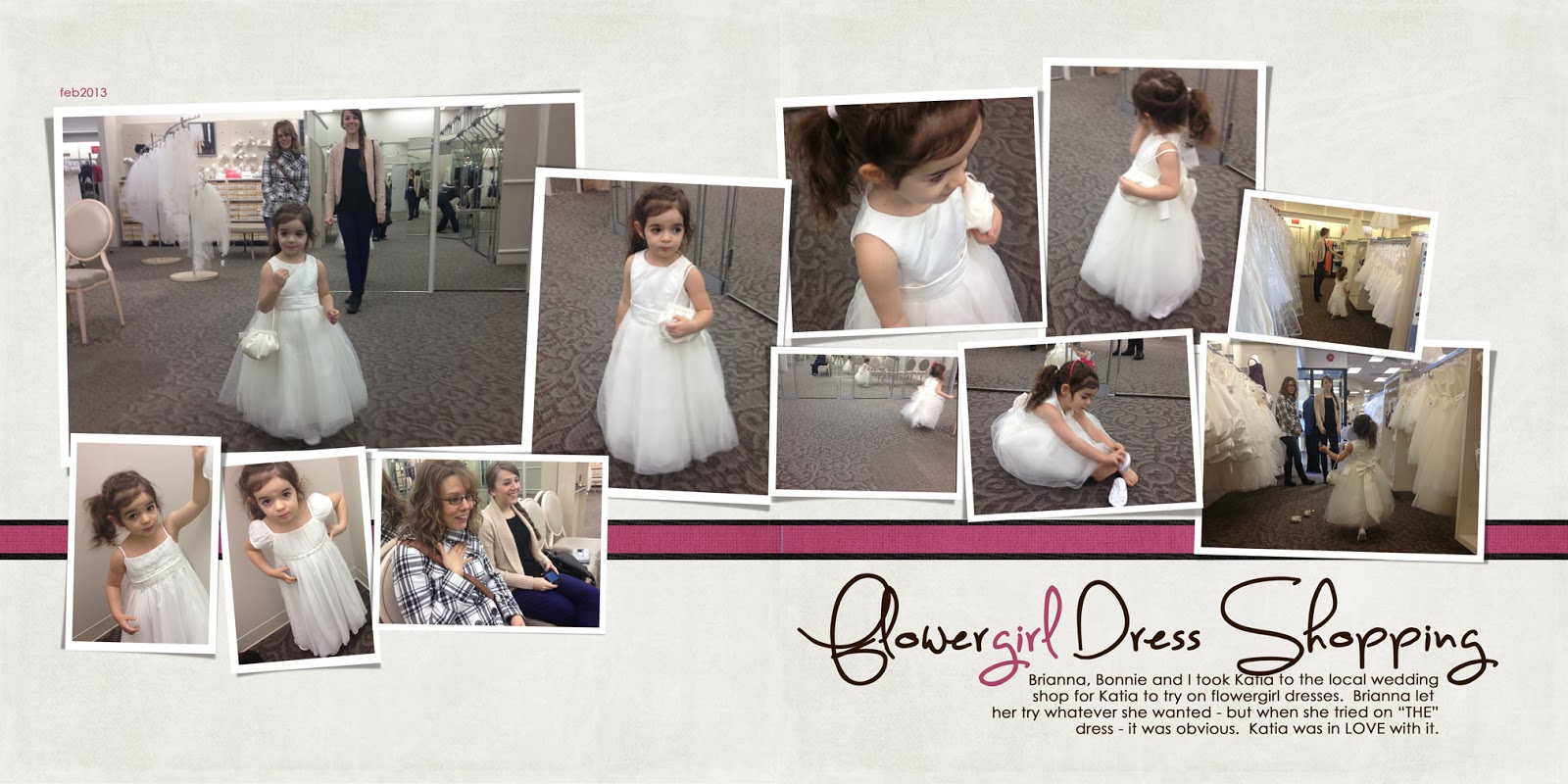 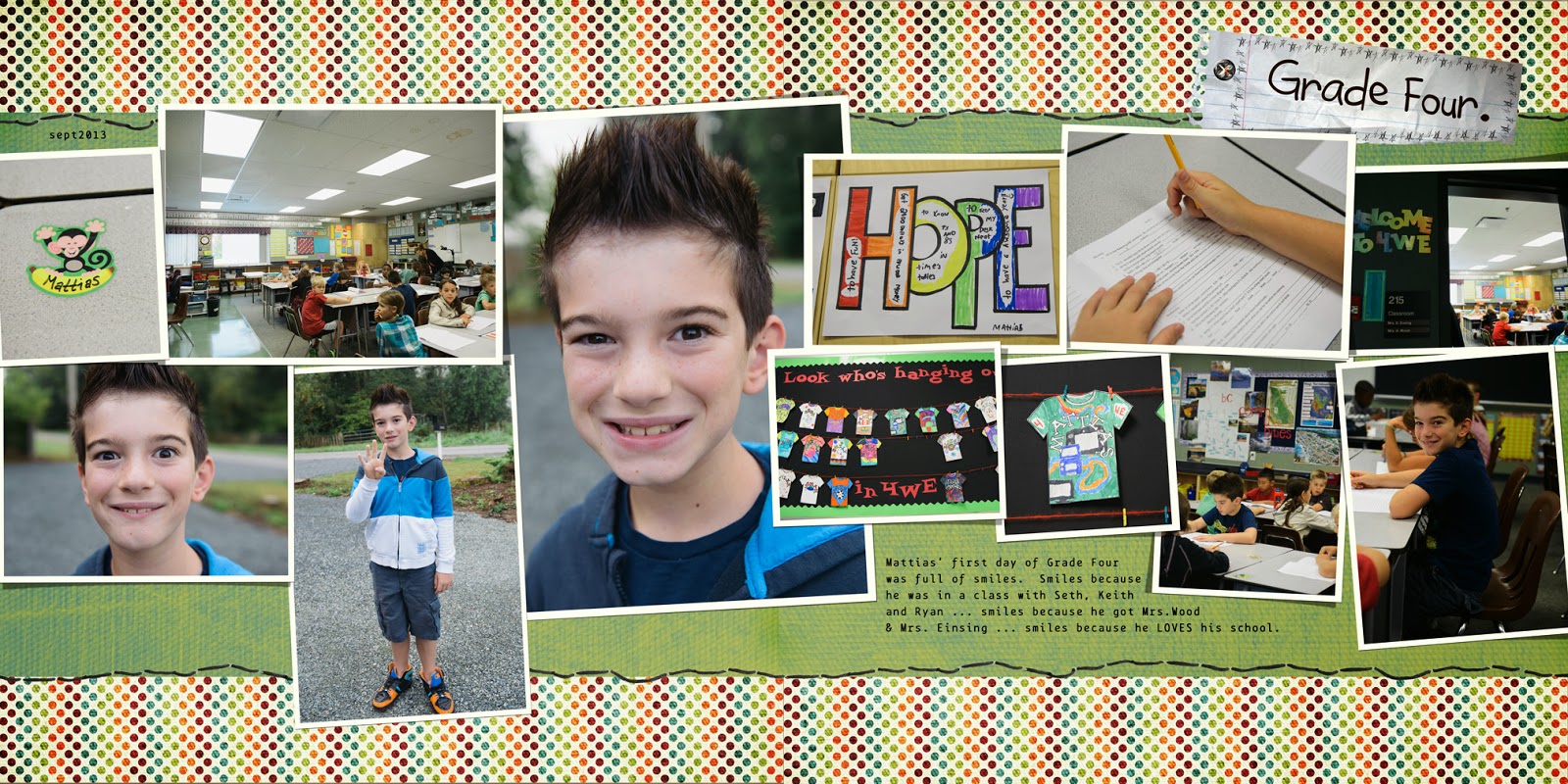 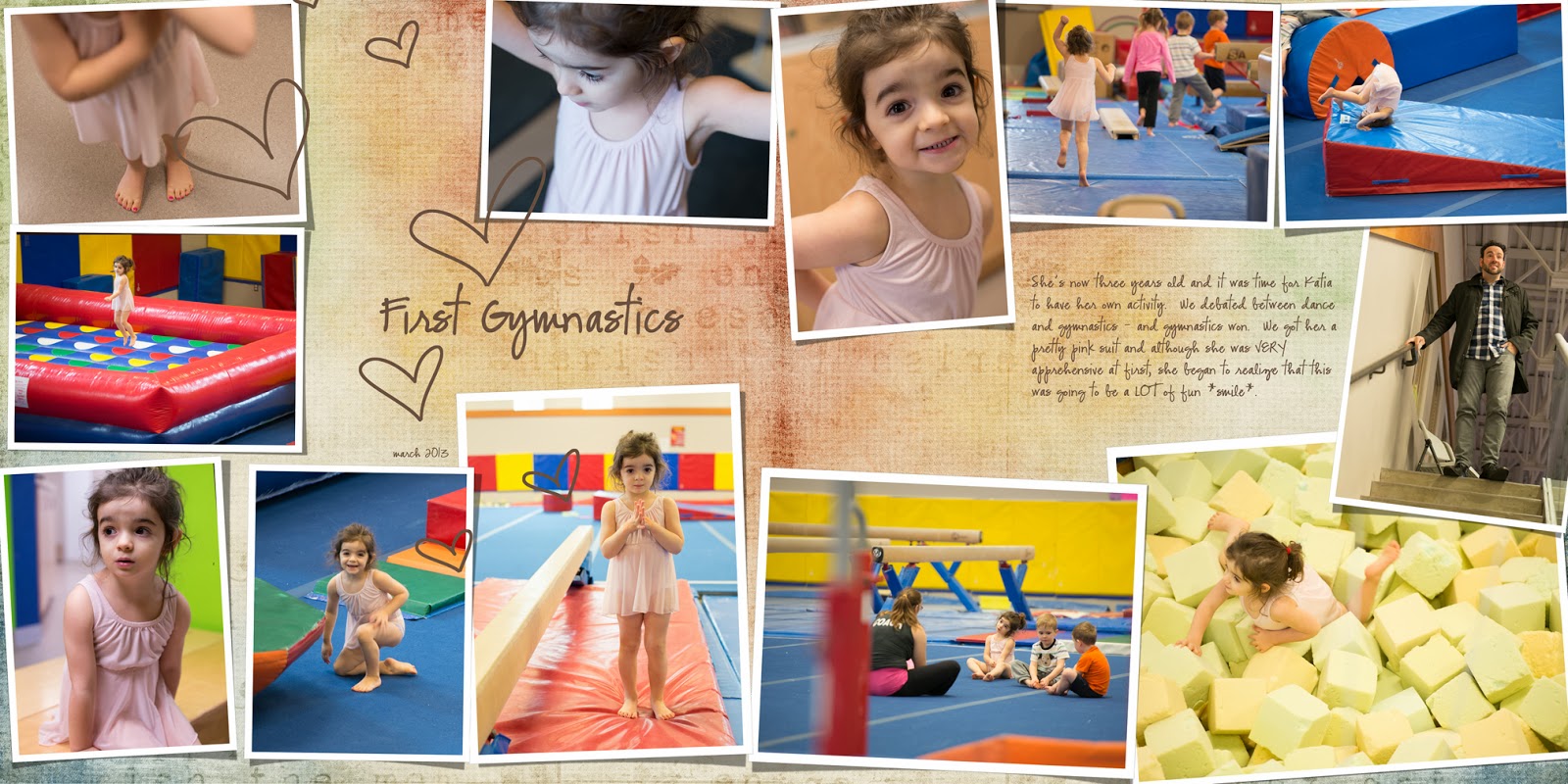 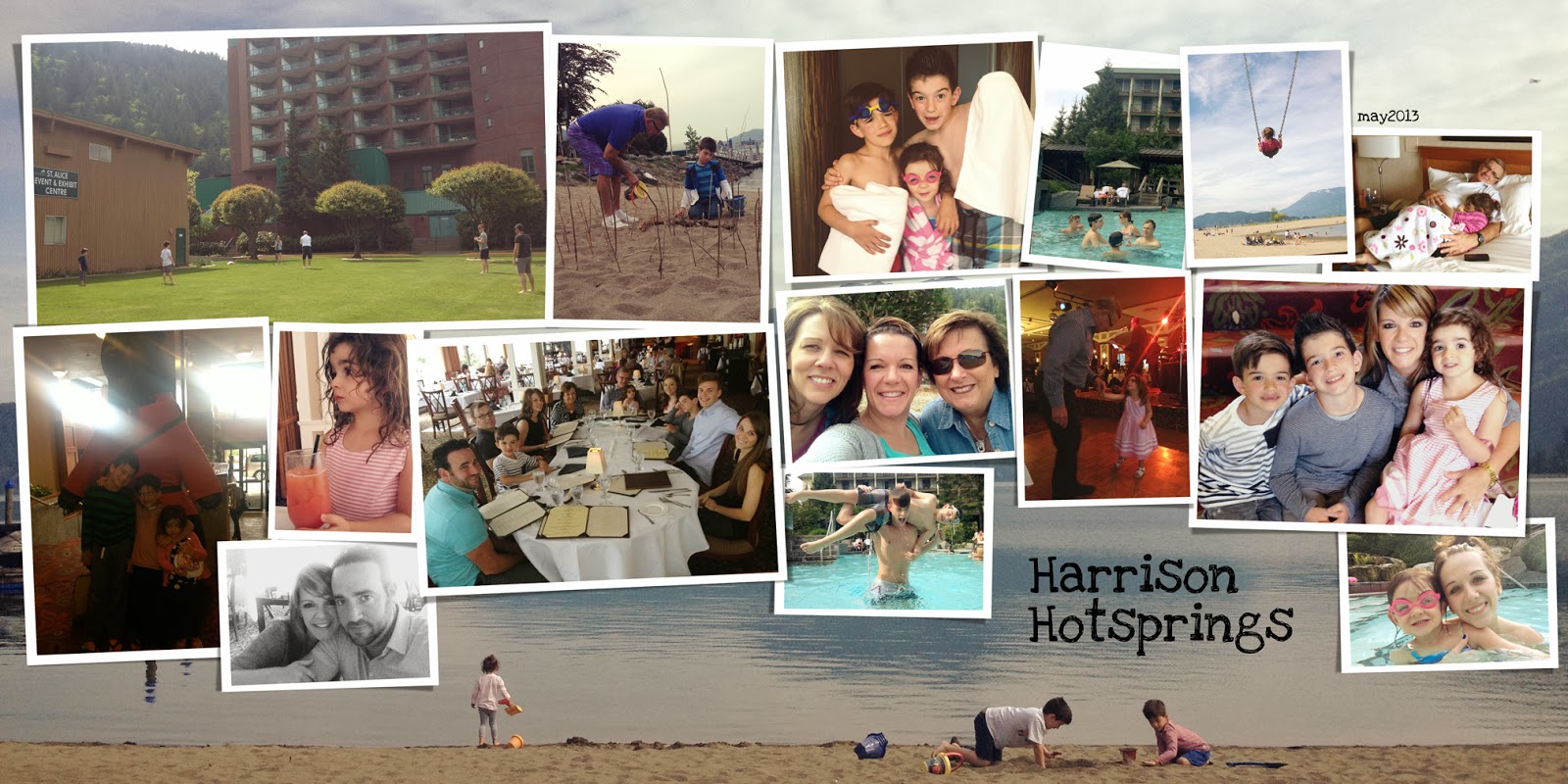 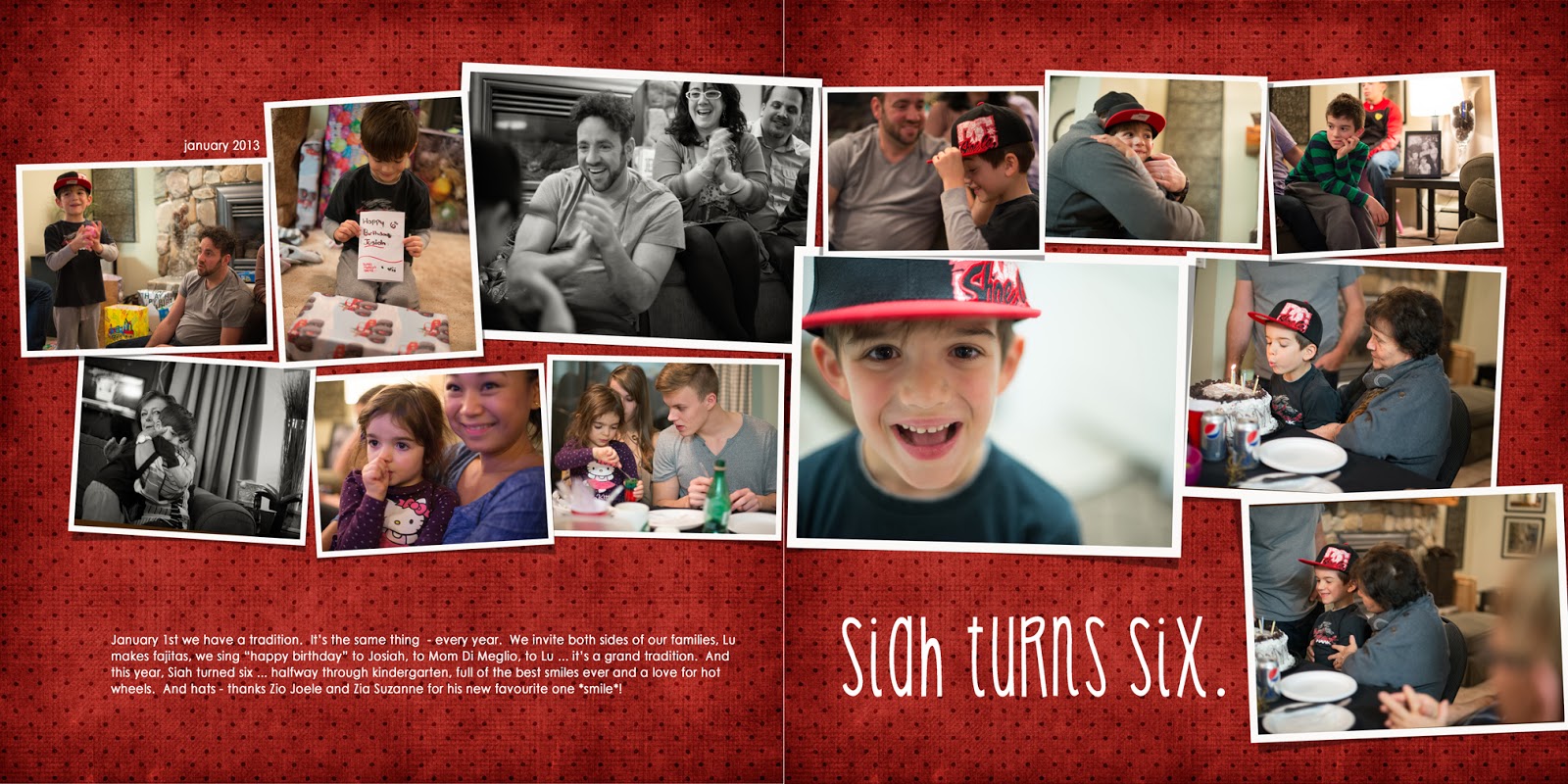 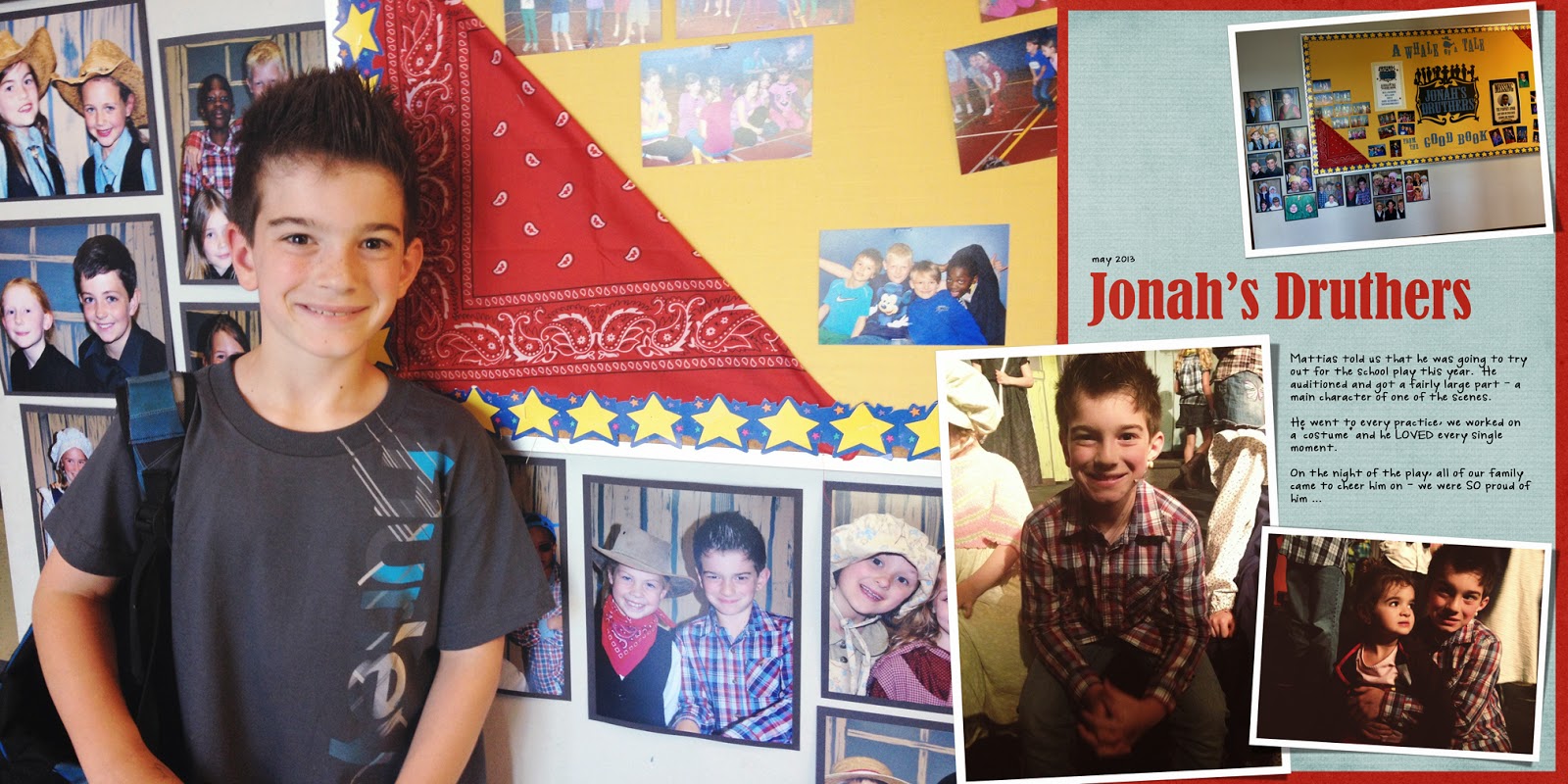 Posted by Tawn at 11:26 PM No comments: Links to this post