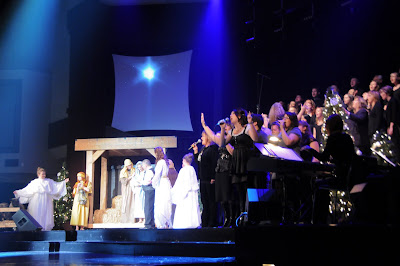 I always find people's feedback interesting.  Obviously, not everyone's taste is the same - that's the beauty of the diversity of people ... and I'm just a volunteer in it - so it's not like I have any say it what goes on ... but still - as someone who believes in having a show for the community, I always feel a little sad when people are disappointed with our efforts.  I think the beauty in having many different churches doing presentations, is that many styles can be shown.

For certain, there will be people who would  prefer something a little more traditional than what our church did, or perhaps more of the way our church did in the past.  But as someone who appreciates the birth of creativity, I for one really, really enjoy watching how the same message - the message of Christ's birth and the hope that is in that - can be done in so many different ways.  This year, the story line was about how five different Christmas carols came to be.  I hadn't been involved in our production in four years - and everytime I saw the show during those four years, I was touched - yet disappointed - to not have been involved in such a fantastic outreach and gift to our community. 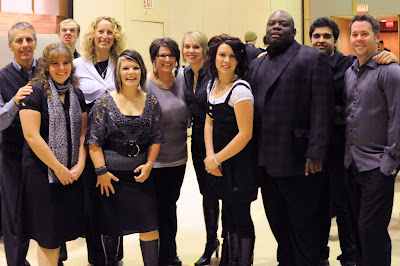 This year, I had the privilege of singing in our production.  And baby Katia was Baby Jesus.  This was such an emotional thing for me the first night ... and I hadn't expected it to be.  As we sang, "This, thiiiiiis is Christ the King - whom shepherds guard and angels siiinng ..." I was overcome with emotion.  The last time I was in the the Christmas Production, I was pregnant with Shalom.  The day after it was over, was the day we were told we were going to lose her.  And here I was, four years later - and our baby girl was Jesus in the play.  It was all too much, as tears streamed down my face - and I mouthed the words because nothing would come out.  Tears of blessing, I assure you ... God is so faithful! 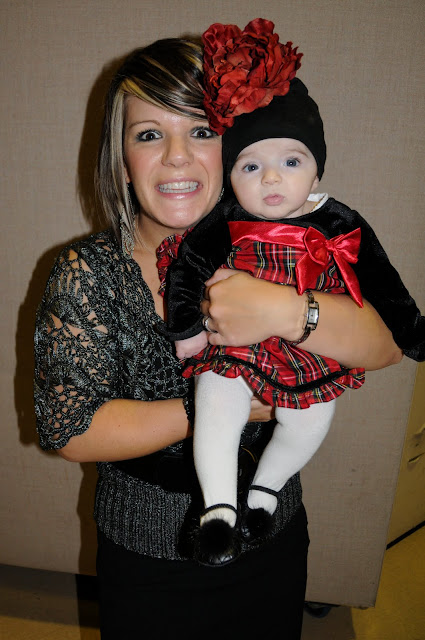 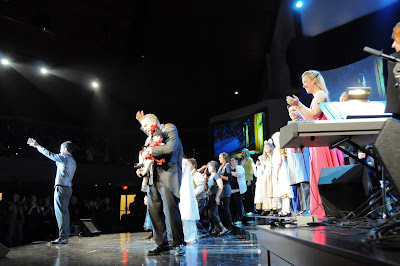 If you came to see ours, I hope you sensed that those who were a part of it were passionate about their volunteer positions.  I hope that you could see the feeling of family, a sense of community.  But most of all, I hope you were able to see that Jesus is our joy, our strength and the hope of the Christmas season.

It was great! I was there Thursday night and loved it :)

I'm so embarrassed. Even after chatting with you I have done nothing =(
Still 142 =(
I almost feel like I've given up but I really want to be little again.

Sorry I got all wrapped up in me for a minute - You look fantastic!!
You look amazing in the photos from your Christmas production =)
Go you!!

I loved the production, and went Thursday night! Baby Jesus was the star of the show! You should be so proud. :-)