[talk: The Bachelor. How Pathetic.] 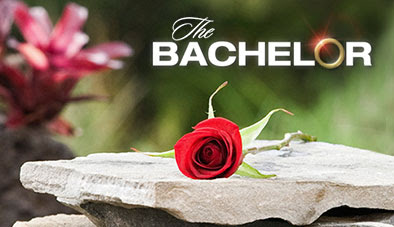 Ok. What is WRONG with our world, people??
I haven't commented much on the show, "The Bachelor", but I cannot refrain from venting about the lack of standard that our generation seems to have. I cannot get OVER how people are all, "ohhh - it's such a love story for Molly and Jason." Are you KIDDING me? He is wishy washy, and has lost all credibility as far as I'm concerned. His excuse being that he wished he could "control his feelings" is something I was taught in grade 8 ... men CAN control their emotions and don't let them manipulate you into thinking that they are "poor, unfortunate souls" who have to succumb to every whim based on how they feel.
This seems to be the way our society thinks ... do what feels good. Don't worry about hurting other people, don't worry about breaking your word, don't worry about teaching your children that love is a feeling that changes from day to day. You commitment is based on your heart, not your word.
Now ... certainly, there is room for error. Obviously - he shouldn't marry someone that he feels isn't right for him ... but it doesn't dismiss the words he used and the fact that he felt strong enough to tell Molly that he was not choosing her because he was "in love with someone else." Or, did he forget that??
Ok. My blood is boiling ... here is what I posted on a friend's site on her comment page. It pretty much sums it up for me:
Ok. Here's my thing ... I didn't know anything prior to watching the show - and I was mighty shocked. Not that he chose Melissa, but that he backed out. As far as I'm concerned, he has lost all credibility ... his words mean nothing. How can Molly possibly trust anything he says?? And kissing him 20min after he breaks up with his FIANCE??? The woman he said he LOVED and wanted to be with FOREVER.
I was pleased that Melissa at least said a few things on her mind ... made him look like a the fool that he is. Not because he chose her, but because he is spineless and a wimp.
Makes me sick. This is not a love story - this is not the "happy ending" for Molly and Jason ... it is exactly what is wrong with our world. The mere fact that he kept saying that he wished he could control his emotions, is the lamest thing ever. COME ON PEOPLE. This is the standard that people have come up with ... do what FEELS right. Don't live with regrets.
And as for Molly ... sincerely pathetic. She should have gotten up, walked out and reminded him that he PROPOSED to someone else. He had his chance ... and had the esteem to not be someone's 2nd choice.
All I know is that I've seen him say "I love you" to 2 women, get on his knee, propose ... and now he's onto someone else ... all in a year.
How can this be anything but shameful?
Did you watch? Do you care? Do you think that this is a love story, that we should give Jason a break? Do you think that our moral standard of feelings vs commitment is tainted? Do you think reality t.v. has gone too far - and made a mockery over the sanctity of marriage? Will you watch next season??
*sigh*. Ok. I'm tired.
Posted by Tawn at 10:26 AM

He is human; we strive to be like Christ.

We cannot expect him to make decisions with his head...not his h e a d.

If our world all really did have Christ in their hearts and minds we would live differently.

He doesn't have Christ thus his actions are those of a human trying to survive in a world where disappointment is around every corner.

He was disappointed and didn't feel it was wrong to re-nag on his promise. Tis sad but why should we expect anything less.

As the social acceptance of our world digress' we {as Christians} will become more obvious in our choices and thus we will be magnified to the world. Or so I hope we do. I don't want to be watered down, I want to be concentrated!

Your words have merit - and I am in agreement. However, I'm also in disagreement *smile*. Christians fail all the time, as do those who do not have faith. I'm not talking about his morals regarding sexuality or whatever ... I'm talking about the basic rule you learn in kindergarden - your words can hurt, your words need to be true. Sure, these are Godly principles, but I think that it's rather sad to say those who aren't in relationship with God aren't capable of having their "yes" be "yes" and their "no" be "no". And I'm venting about it only because I think so many times we shrug with excuses rather than saying, "no, you're better than that. I expect more." It's not even a moral issue, but rather one of character.

I forgot one point that I LOVED that Melissa said. She referred to his proposal as a "one time thing" for her, and that he TOOK that from her. And I was proud of her ... he needed to have a sense of accountability for his actions, not just a "oh, you've changed your mind ... that's ok."

I think if we have a low bar set, we never rise above. I think we're all better than that.

I think the wayyyyyy bigger issue is that there is not anything moral or sincere about finding love as a competition on PUBLIC TELEVISION. No point discussing the disappointing ridiculous ending without remembering that the whole point of the show is contrary to how people should fall in love. And of course he's going to be wishy washy, he barely knows any of these girls! (don't get me wrong, while it was not one of my guilty pleasures this season, i hold nothing against it in the guilty pleasure department) but I don't think anything serious can be taken from it!

wise words, Alison. you are absolutely right ... maybe the REAL issue here, is basing someone's character on a process that is a totally money-making-factory-made-competition.

I ONLY ever watch the finale of this show. EVER. Because I know it will be total tv craziness. I have to say though, I am suspect that Jason is just an actor this time. Or he has some IQ issues? I couldn't even get fired up...I was laughing at the contrast between the "family scene" in the pool and then the on air dumping. So either last night could not have been real and he is an actor or he is really, really stupid! Did you catch Kimmel? Can't find a link to the show, but it will hit YouTube pretty quickly I am sure. Hilarious. J

we were chatting about this today in my mom's group. How its crazy how he can get on his knee and propose to one woman spend a few weeks with her and decide he is "just not that into her"! But honeslty,this is a reality show with 25 beautiful perfect figured woman who are all over this guy. he makes out with at least the last 4 or 5 or maybe 6. The show encourages him to get emtionally conneted. And than at the end of the show he is suppose to pick one of these perfect woman to spend the rest of his life with, hard decision for a man who had 25 amazing choices. I can understand someone not God fearing and someone sexually driven more than morally driven he is definalty havign a tough time with his decions. I dont agree with his decision and it makes me sick because there are decent men who pick one woman and spend the rest of there life with her, (i have one) but the set him up to fail. And really what are the statics to this show, didnt only one couple ever actually get married. Carziness! Ok there is my thoughts, sorry if i ranted.

I say...he has until "I do" to say "I don't", so good on him for realizing it. I think that most of the show was "scripted" and I don't think that he had the choice of whether or not to break up with Melissa on air or in private. It's all about the ratings which is why they also showed the little snipit of Deanna coming back right from the get-go. We ALL watched religiously each week to see when she would show up. When she did, it was not at all the way they had talked it up to be.
I don't think that he and Molly will find "true love" either, BUT he obviously felt something for her and wants to at least try. Nothing wrong with that !
Just sayin' :)

Man......I am SO GLAD that Shawn flipped the channel to CSI so I got to have my fairy tale ending to fall asleep with last night....

I didn't see the finale and I only watched one episode this season... but something in the comments made me wonder... do we KNOW that he doesn't have Christ in his heart? just wondering. I'm with Tawn on the fact that Christians mess up way too much. I've been there, I am there...

anyway, just my two cents. that may be deleted :)

I watched the first 2 episodes to meet the girlz and the last 2 episodes to see who 'wins'. I had my choice for him (Molly!). I got sucked into watching After the Final Rose, and was then curious about Part II. It's a show. It rises and drops people like potato chips. A few of them even got to go for a dip!

This is a show, made to fullfil womens fairy tales. Does it? Maybe for some. For me it just makes me realize that some of the very small choices we make can lead to bigger choices that have the power to destroy or glorify. Life experiences for me have caused me to think long and hard about EVERY choice I make and what road it leads me down.

Jason chose. Jason screwed up. I chose. I screwed up. The difference being (as far as I know) I have accepted the grace of a Saviour and hubby that are life changing! There is nothing that matches that.

OK ... None of the "Reality TV" shows are reality. They are staged with story lines that can be led in any direction a participant emotionally or strategically goes with it. It is an entertainment source ~ not saying it's good entertainment ~ yes, most are pathetic because the characters are chosen for their camera appeal and possible emotions felt by the viewer (for ratings). Not Really Reality. Simply choose not to watch, I don't feel the need to either. But if I happen to, mostly due to boredom, I regret waisting that time when I realize I will never get that time back again.

All we can do is live our lives with graciousness, pride and love in our heart for our families. Find happiness within yourselves, happiness radiates, reassures, and certifies existence. Be the woman that understands that the thin thread of life that binds our individual world can so easily be broken unless you have faith. Faith in yourself, your family and yes - your god. That is reality.