Hockey season is over.
It was a hard season, for sure.  The kids in Tias' hockey club are die-hards.  Tias isn't.  He's not aggressive ... he's social.  He likes to win, but he sees no point in putting effort into something that he's not the best at.
Smart?  Maybe.  Lazy?  Perhaps.
But the last few weeks of hockey season proved to be his best ... just in time to start t-ball.
We missed last year's deadline, and made sure that we didn't this year.  Tias has a natural swing - he's been hitting the ball when tossed for a couple of summers now.  Far different than hockey - where he barely touches the puck.
Tias' friend across the street was enrolled, and my hubby was recruited to help coach.  So now Tias was MORE than excited for t-ball ... and would you believe he was the first kid on his team to hit the ball from the pitching machine.  He glowed for hours afterwards. 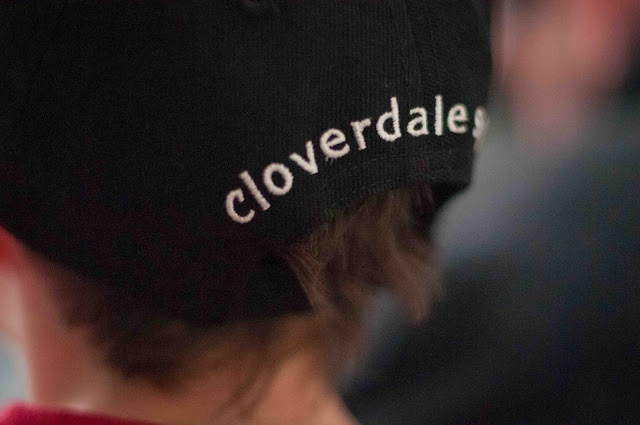 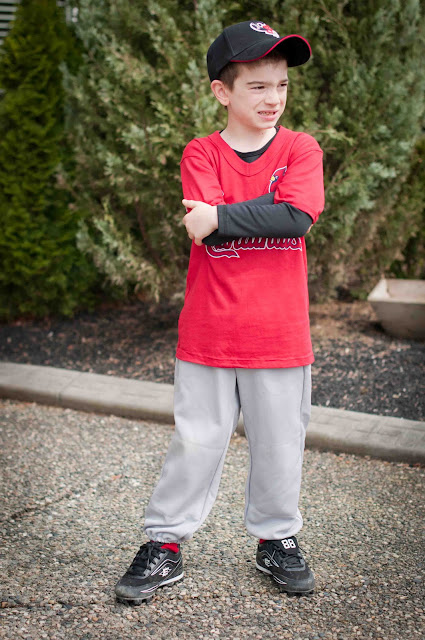 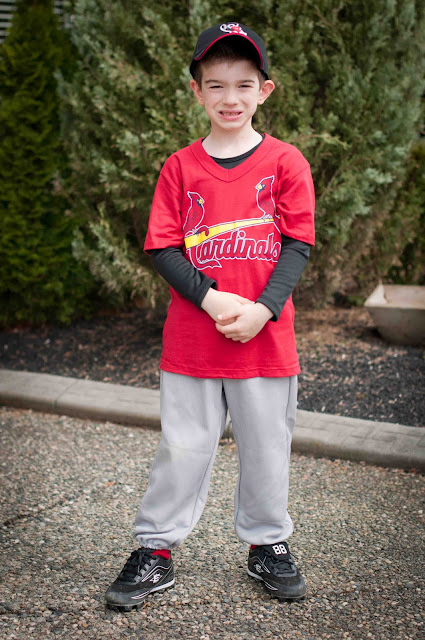 My hubby's family was a soccer family (duh.  Italiano.).  But my family was a basketball/baseball family.  My dad played on our church team - he played catcher.  I remember going to the games as a little girl, meeting friends there, playing in the trees or writing stories on notebooks ... I loved it. 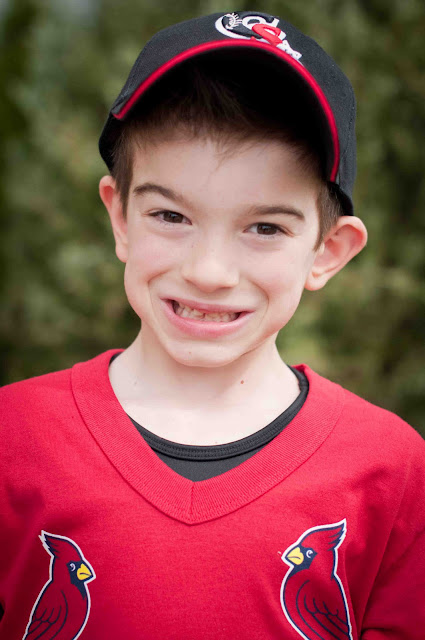 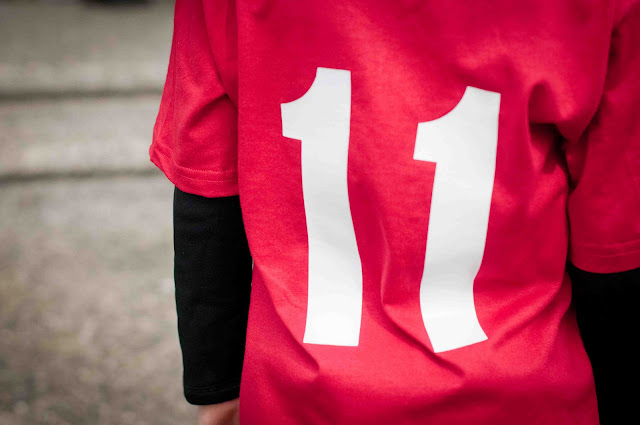 I think I may have romanticized the whole baseball thing ... but for me, it means sunshine, family time, KFC for dinner, warm wind.
But I guess it'll also mean rain, arguments, late dinners and cold breezes. 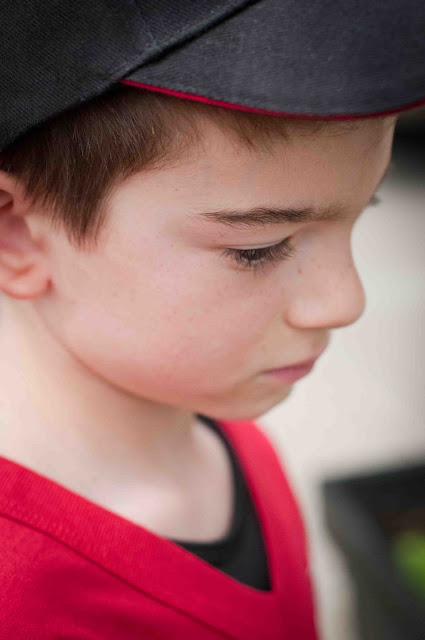 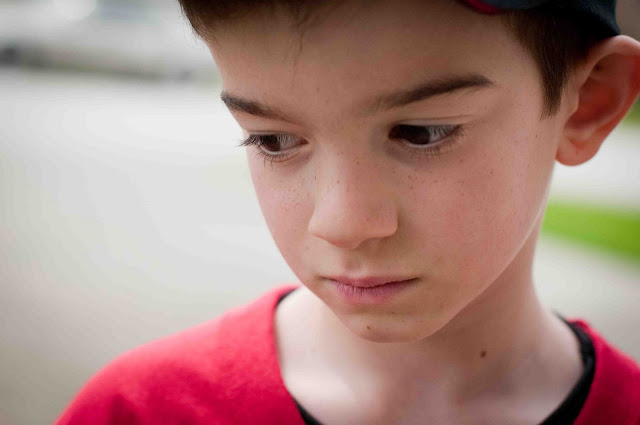 I love watching my kids try something new.  And I believe that if you try enough things, you'll find something they're good at and find a natural confidence in.  Hockey wasn't it - although he doesn't want to quit, and very well could catch on next season ... but t-ball seems to be a good fit for him.  Athletically, socially ... it works.

This was a really sweet post, Tawn. Your kids are blessed to have you and Lu as their parents!

Love that jersey # as it's the same as Josh's for the last 7 years!! Have a great time at the ball park and it IS going to get warmer soon.