I got an email from a friend ... actually, it was a FB message to a group of girls - wanting to know who was interested in having a "regroup" day ... a "Mama's Day."

I believe that's when I stood up and did the "pick me, pick me!!" hand-raised thingy.  It was decided on an afternoon and evening downtown - shopping, Starbucks, dinner ... time away without actually being "away".

A couple of weeks later, the day arrived ... and half the girls met at my place to head downtown.  And it was sunnnnny, clear, happy - sheer perfection. 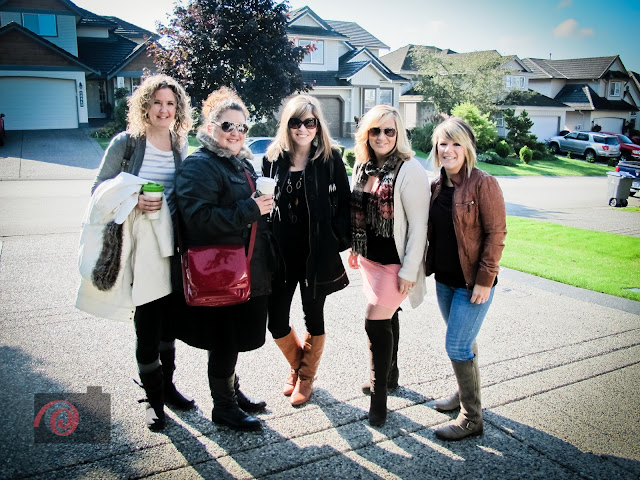 But we knew there was a global protest that some Vancouverites were planning to be a part of.  And as we arrived, we parked the car and headed to the streets - and found the "Occupy Vancouver" protest happening ... literally right before our eyes. 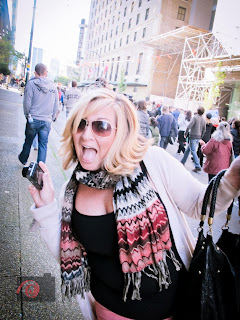 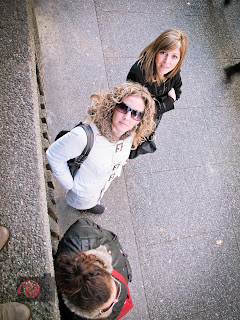 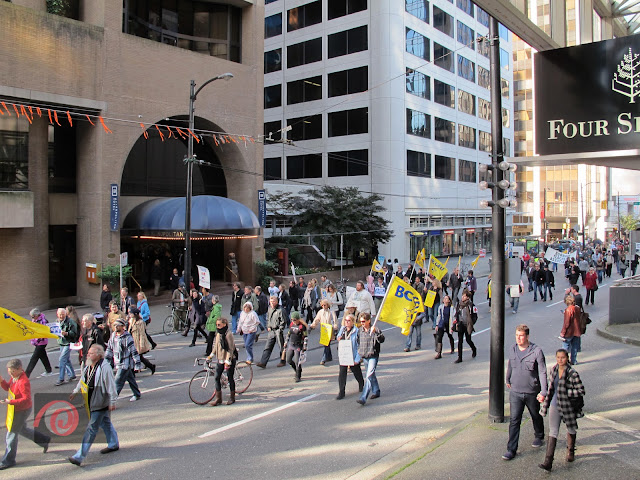 A couple of my friend's hubbys are policemen ... and we even saw one girl's brother in full gear working the streets (I actually can't believe how many cops I know).

So in true "girls-day-out" spirit ... we documented the whole thing. 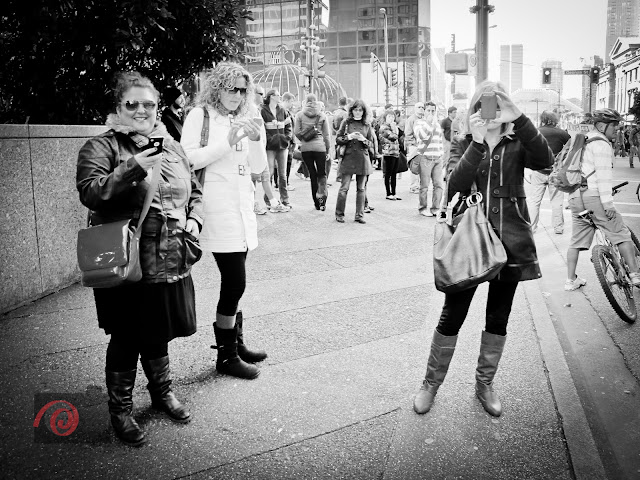 We'll come back to the protest later ... but first - back to what the day was really about for us:  a bunch of moms going shopping, drinking Starbucks and really - just having free time.  Our group of five met up with the other group of four ... each of these girls are so, so great ... 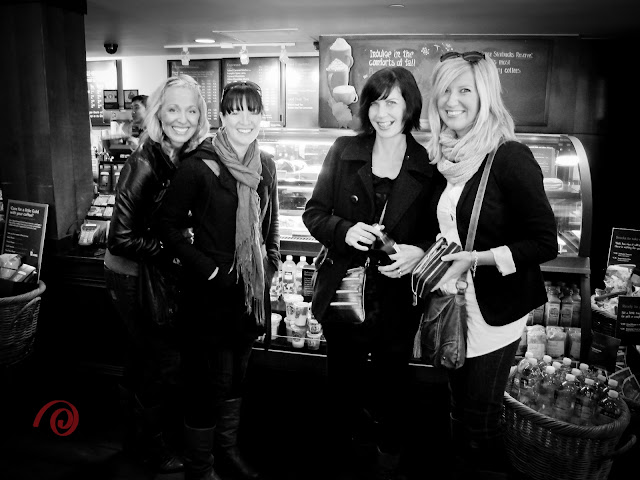 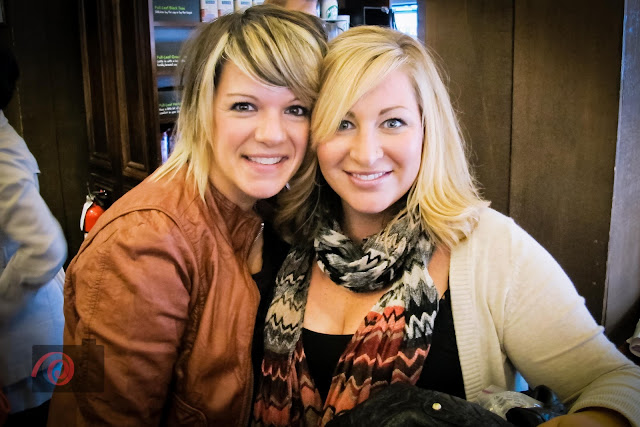 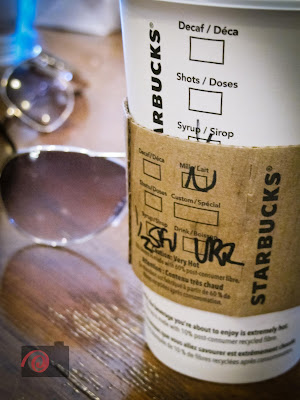 ... We all headed out and about.  We shopped and swapped walking "partners" *grin*.  It was pure luxury ... 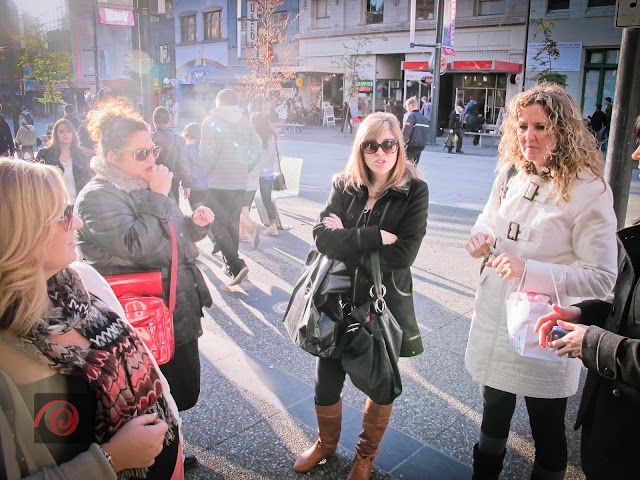 ... I actually made it into a couple of pics (thanks Shawna *grin*). 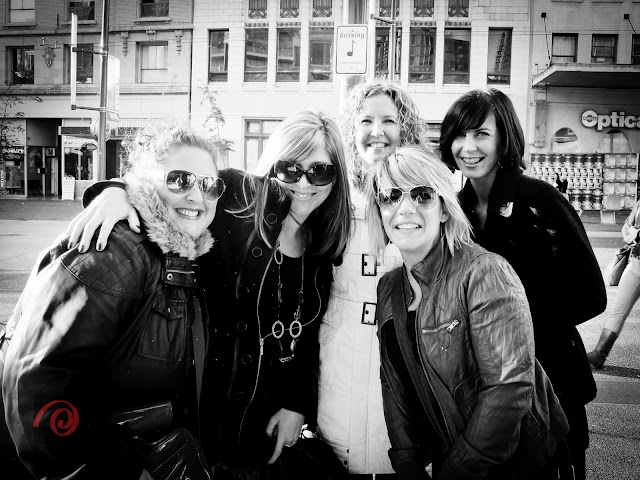 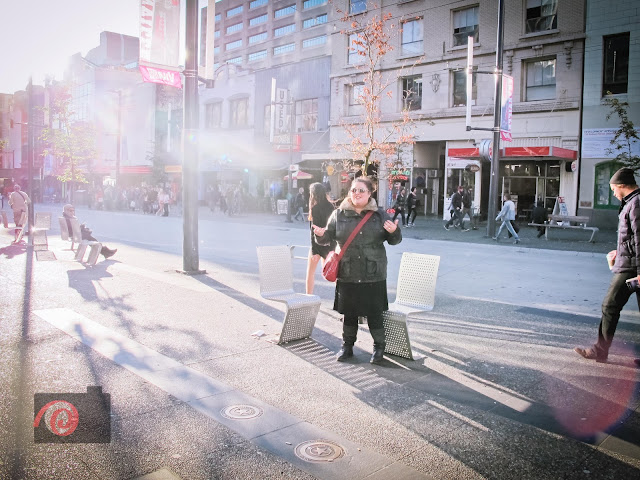 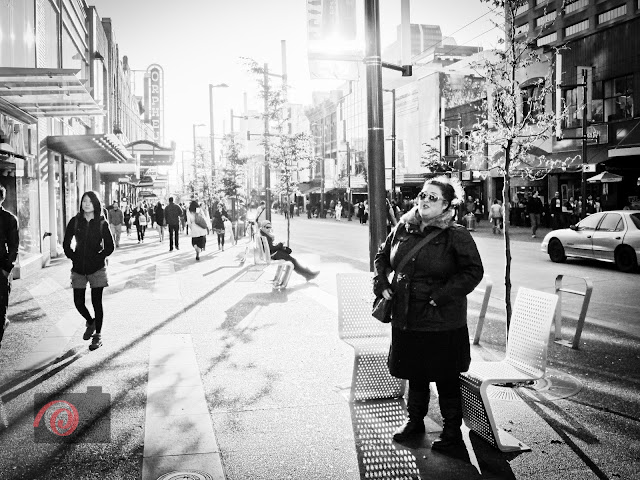 This next photo?  The guy who handed her $1.25 after she sung *grin*.  And the photo after that?  The BEST Earls salad ... avocado, dates, grilled chicken, peanut-lime-cilantro dressing.  And I checked.  Over 40grams of fat.  My oh my ... sometimes steak is the better choice *grin* ... 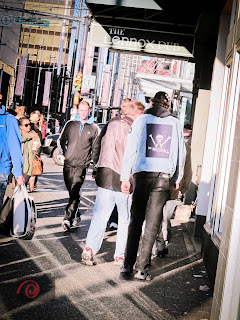 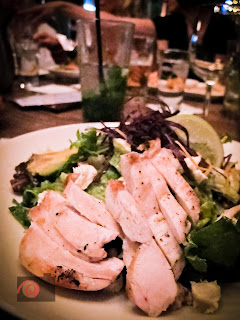 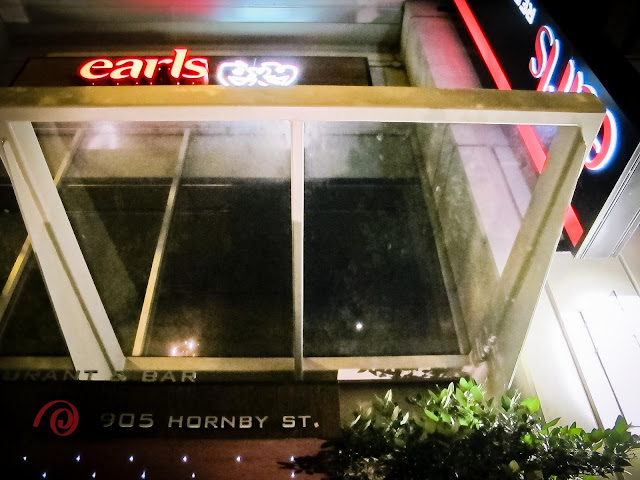 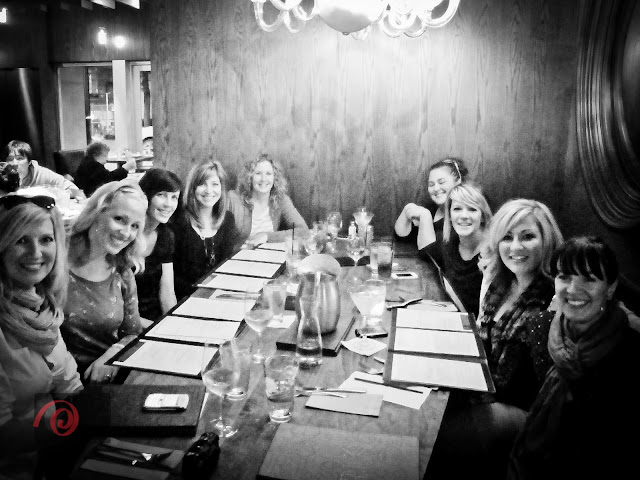 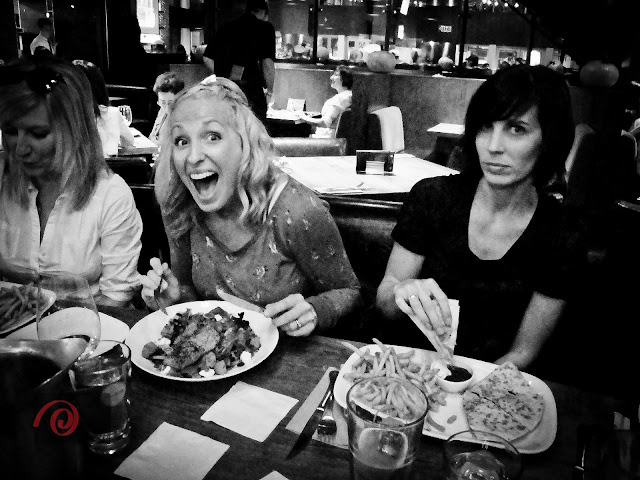 Ok.  There were more photos taken ... but I'm pleading the fifth *laughing*.  At least I know that I was the one taking them, so I'm not actually IN any of them ...

There was one more thing.   I was kinda in a video.

Remember that protest?  Yeah ... well - as we were walking back to our car at 11pm, we stopped in front of the Art Museum where the protest was continuing.  There was a tent-city set up, a definite police presence, and the most painfully painful music I've heard in a long time.

It was obvious that not one "musician" playing actually knew HOW to play the congos, or a guitar, or a keyboard for that matter.  I looked at my friend, Rach, and said - "We could totally kill it up there."  She laughed, "... can you imagine??"

So up I walked to the stage, and I asked the guy playing the keyboard - who wreaked of pot  I might add - how he'd feel if my friend and I sang the national anthem?  Now - keep in mind, that this protest was pretty much against the government and how it handles money and social issues.  And here I was, after shopping with friends, quite dressed up - asking to sing the national anthem.

"Dude," he said shaking his head, closing his eyes.  "I don't feel good about that."

So ... it took me a couple of minutes to smile and convince him.   And after I played the "love for Canada-unity-harmony" card, he smiled as his musician friends encouraged him. And he agreed.  I looked at Rach,  who was at the foot of the stage - " ... get up here.  You're going to sing."

I played the first chord (it was on an organ setting) and it boomed through the system.  The keyboard guy looked at me and muttered the "f" word.  ".... that's awesome!!" he said.

And all I had played was a C-chord *smile*.

Well ... Rach sung, I played and by the end we had the loudest applause of the night.  People had sung in union along with us .. but there were also some very unhappy protesters who used their megaphones to rebuke us, " ... this is a protest, not a nationalist gathering!!"

Rach and I quickly got off stage and made it back to our friends - and we were all dying laughing.  Not because we were trying to be disrespectful - not at ALL.  We had thought it would be a GOOD thing.   But we couldn't believe that just happened.  I was shaking ... and nervous. We could see the headlines in our minds, "Peaceful Protest Turned to Riot After National Anthem Sung".

What were we THINKING???

And it was the best day in a long time.

So where is the video??

I want to see the video, too!

It sounds like you ladies had a fun, much needed, girly day! That is so great!

I actually ran into Trisha and some of your other friends later that night. Sorry to have missed you!

Just a bunch of "History-makers"...LOVE you all!

such such unadulterated FUN!!!! Xo*S