[digiscrap: Life and a Few Layouts]

A lot has been going on in my life - good things, supernatural things ... and I'm feeling validated, confident and a lot of other positive words *smile*. It's taken a long time to get here, and it may not last long *grin* - so I'm trying to walk in it as best as I can.
That doesn't mean that I've been exempt from feeling left out or disappointed as of late, but I realize that those feelings come from the struggle of insecurity that rears it's ugly head from time to time. I'm sure that I'm not alone in that battle - even when it feels heavy and lonely. But for the most part - the good has definitely outweighed the rough spots and ... yeah. It's good.
One of those things is worship. If you know me, you know that worship is a massive part of who I am. It probably makes up too much of my Christian walk, and I'm learning to balance that with other important parts - one of which is being obedient when I feel that I should say/do something. That's a tricky thing for me ... see, worship comes very easy - I cannot explain it - but I rarely question the strong feeling of direction that I feel when I'm a part of worship. But anything else - I'm rather lost. So, I want to exercise those other parts because I know that they are important.
I went out on a limb and exercised a Spiritual muscle yesterday - and was very fearful that I was way off. But I did it - and it has been such a positive experience, for which I am so thankful. I'm glad the Lord didn't let me fall flat on my face when I was trying to be so brave *GRIN*!!
I am also in the process of enrolling Mattias in a local Christian school. He won't start until next year - but I'm a bit of a nut when it comes to Elementary School and I'm pretty much losing my mind with excitement. We went to pick up the application yesterday and as we walked through the halls and the smell of crayons and floor wax ... *inhale*. Heavenly. And if I told you how many divine appointments were set up yesterday (which is what I was talking about previously), you just simply wouldn't believe it. God is in the process of renewing some past, significant relationships in my life - as well as birthing some new ones that I have a deep excitement for. And all because of really seeking Him as to where Tias should go to school.
So those things are all linked together - and I saw God's hand in everything yesterday. It was such an awesome thing ... so awesome.
So anyway - that's where I am today ... and I actually had some time the other night to do some more digipages.
Wanna see? Too bad ... here they are anyway *grin*. 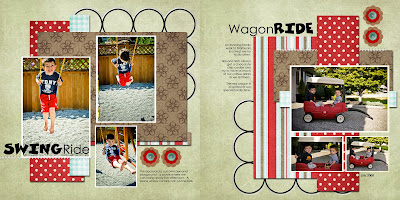 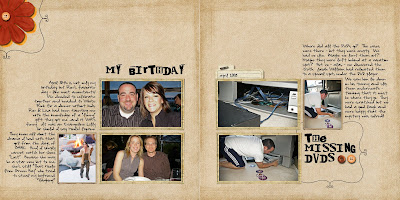 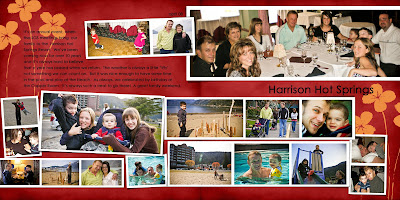 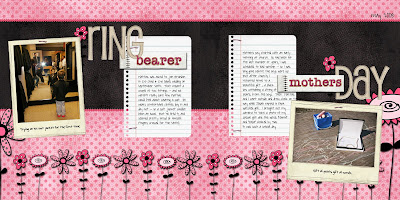 I like your birthday gift from Ron & Lisa.....sounds like we have similar feelings about the show LOST & it's leading lady ;-)

Hmmmmm, sounds like things are busy and a'changin' in your life....and you are enjoying and feeling strong and God-centered int hose changes, which is AWESOME! Glad to hear it! And glad you've made your elem. school decision, that's a big one and it's so cool that God was lining things up for you!!! VERY cool Broken Road cake!!!!! LOVING the layouts, too!

FYI - I just heard that smoothing peanut butter on DVD's will fix scratches....I haven't tried but the person who told me said it really works.