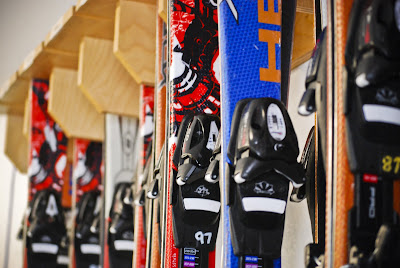 Well, today I opted to not ski and stay indoors with Josiah. Everyone else in the clan has gone to watch Mattias at his final ski lesson. He was SO cute yesterday, and actually went from the t-bar "bunny" run to the top of the mountain.
He wanted to go up the "big" chair lift - and so we did. We went "up into the clouds" and once we were at the top, Mattias wasn't so sure about coming down. But he did really well - and the mountain was pretty empty which was good.
Half way down, though, Tias had had enough. He was tired, and really, we should've known better than to take him on a 45min run on his 2nd day of skiing. He survived, but there were a lot of tears near the end, and my poor husband had to ski-for-two.
Here are some pics from the last couple of days... 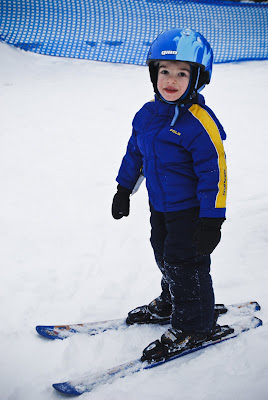 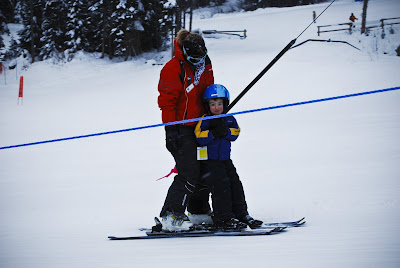 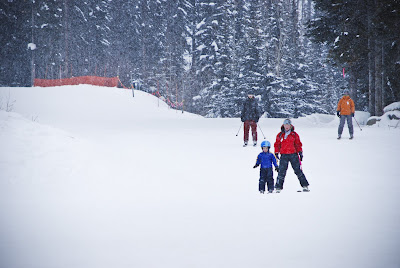 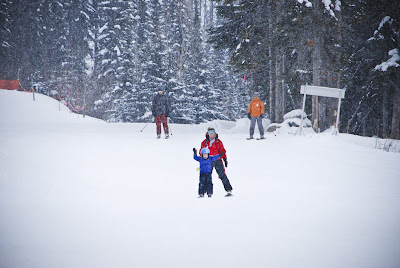 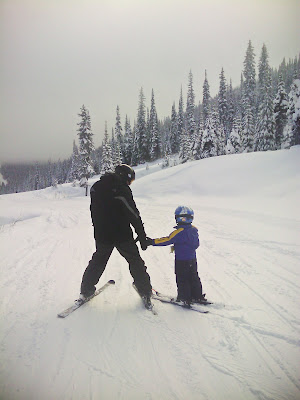 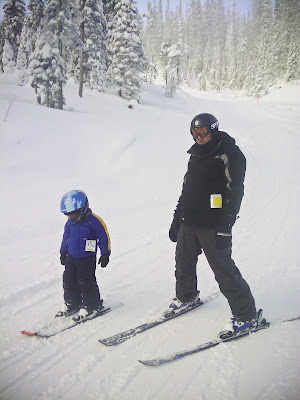 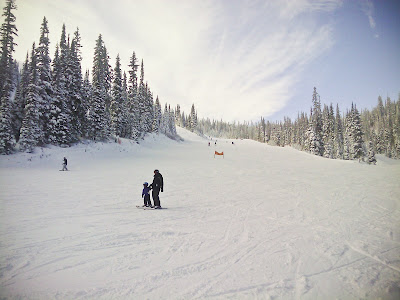