Well.  You'd think that someone as trigger happy as I am, I would find the importance of a Christmas portrait.  And I do.  But, can I just say, it was just about impossible to get this year.  Katia was having NOTHING to do with it.  And I wasn't even getting a "portrait" ... just a simple photo of the three of them before leaving for Tias' school Christmas concert ...
I only had a few minutes, but still.
First, we tried having Tias hold her ... and Siah thought his tongue was beautiful, apparently ... 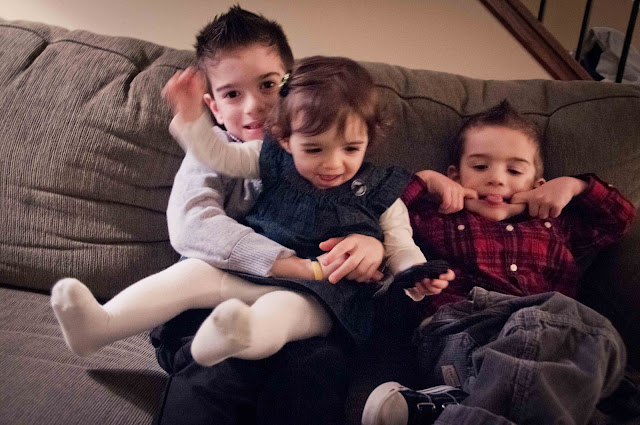 ... then, she started crying, and Siah began jumping up and down on his little behind ... 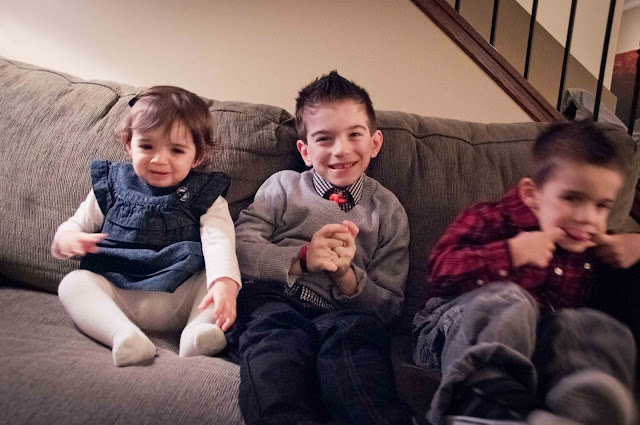 ... then, Katia had enough - and started crawling away ... which was a little dangerous with my camera in hand. 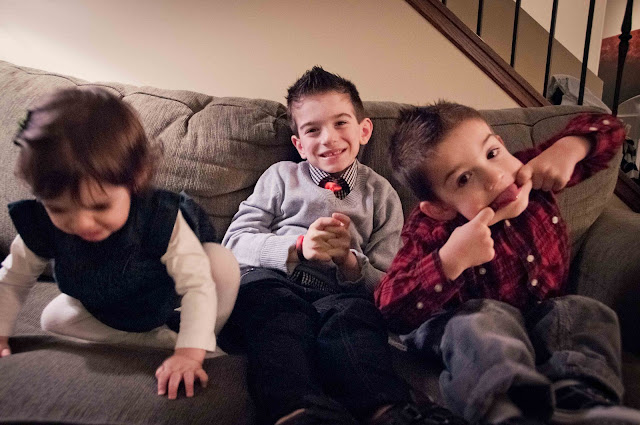 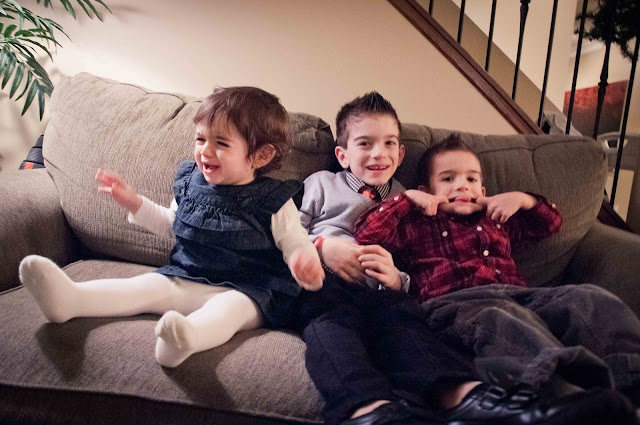 ... and Tias thought the whole thing was hilarious. 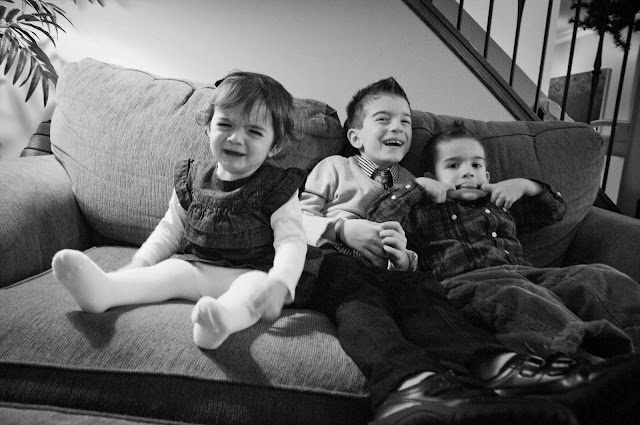 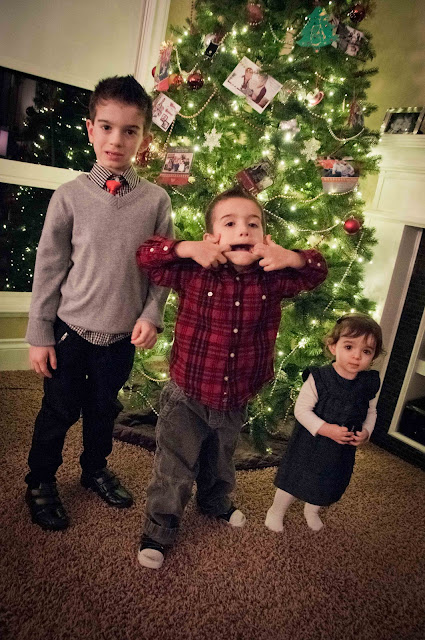 OH!  And I also have put up "Wedding: Mark and Janeen" the maaaaaaasive post on my RedHanded Photography blog.  Click the link, leave a comment - would love to know you were there!
Have a great one!!
Posted by Tawn at 10:21 AM

Email ThisBlogThis!Share to TwitterShare to FacebookShare to Pinterest
Labels: [photos]

I LOVE the B&W pic of your daughter crying, the other one with his funny face and Tias killing himself laughing! What a hoot. That one should be entered into a contest.