Katia is in LOVE with Hello Kitty, and when she decided on a Hello Kitty theme for her third birthday party - I spent the next few days on the internet trying to come up with a cake idea.

There were a LOT of really great ideas ... so, as always, I mixed a few ideas together and added a couple of my own.  And this time?  I completed the cake in under 30 minutes (not including baking the cakes ...)

Here's what I did.

I baked two 9x13 cakes.  ( I actually baked a chocolate cake recipe from scratch first, then decided I'd rather have white-cake.  I ate an entire row of chocolate cake within 20 minutes ... that recipe's HERE.) 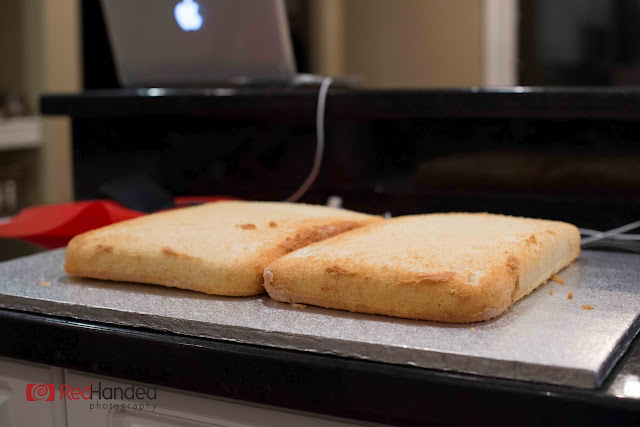 I placed them on the cake-platter-thingy (oh yes, I know all the baker's lingo ...) ... and I stared at an image of Hello Kitty on the computer while did my best to cut out her head-shape out of the two cakes.  Very nerve wracking, I assure you ... 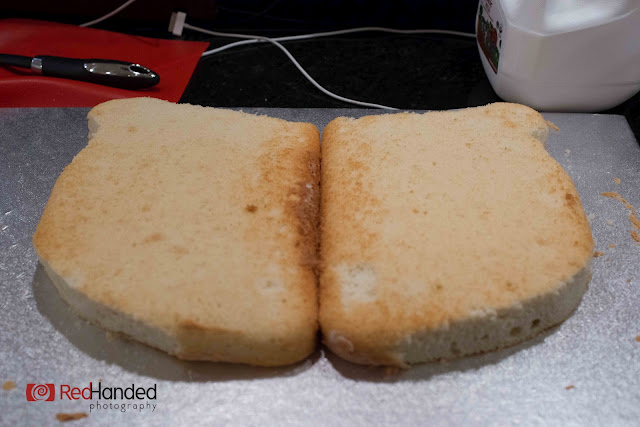 I made some buttercream frosting, with added lemon flavouring ... covered the cake.  I should've done the sides, but I ran out of frosting and I couldn't be bothered to make more.  Sue me.  *grin* 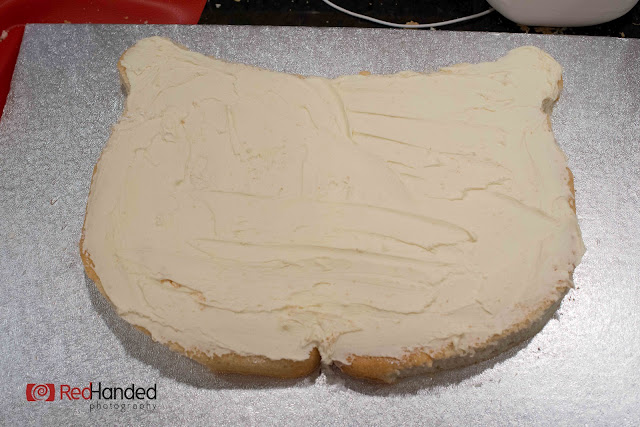 I bought the fondant ... this time, I actually got it from Michael's and it was over $10.00.  Super pricey, yes - but considering that was the only "cost" to this cake, pretty much, it was all good.  One day I'll start making my own - but for now, I'll let the professionals do it for me ...

I rolled out the fondant super thin, placed it over the cake, and fiddled with it.  But because there wasn't any icing on the sides - it didn't stick well. 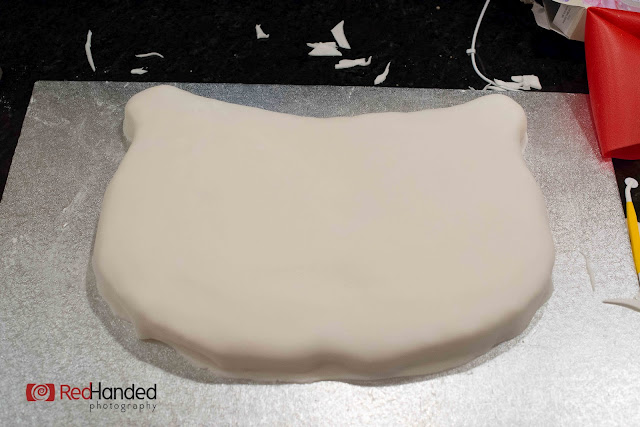 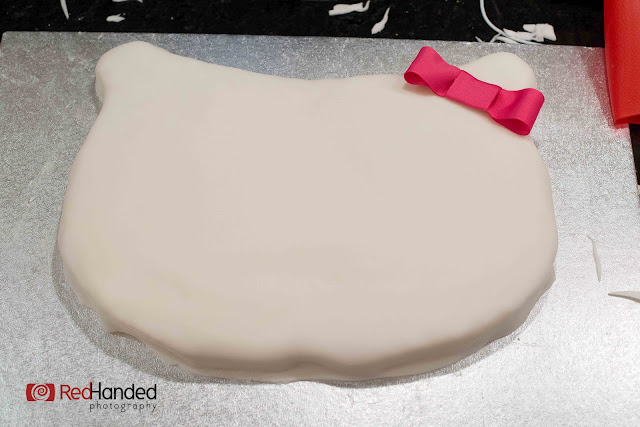 I was going to use liquorice for the whiskers, but I didn't have any and forgot to buy some.  I found some pipe-cleaner stuff from the craft box ... 3D whiskers - perfect. 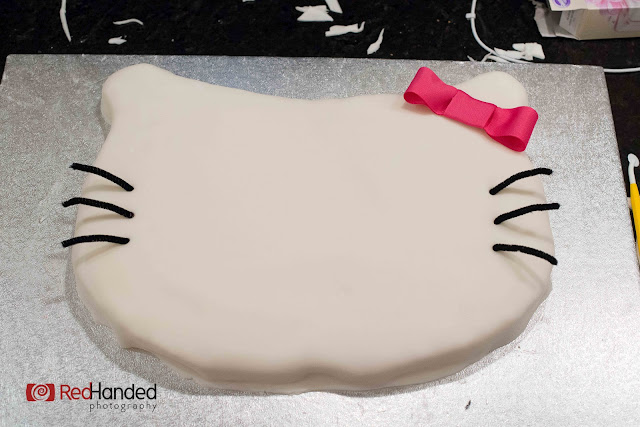 I rolled some fondant into little balls ... made two black ones for the eyes, and a yellow one for the nose.  Hello Kitty doesn't have a mouth for some reason - but no mouth just means an easier cake *grin*.  I used tooth picks to stick the details in - and then covered the hole up with more fondant.  Then I took the pic - only to realize that you could see the "fill".  So - I re-did them, put the toothpick in the cake FIRST, and put the fondant balls on top so there wasn't a hole you could see.  And then - I forgot to take another photo from above *grin*. 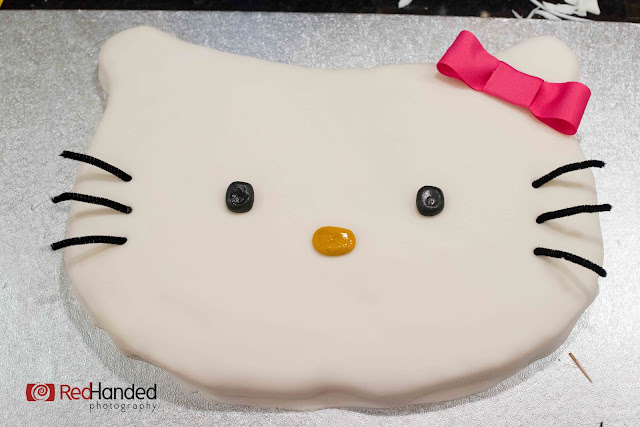 Added some writing and VOILA.  Done ... The next morning, Katia got up - and the boys were waiting for her.  THEY knew how this worked - but this was really her first cake where she actually understood what was going on.  The boys knew there was going to be a big "reveal" ... so they were cheering her on.   She was getting mad and telling them to stop *laughing* ... 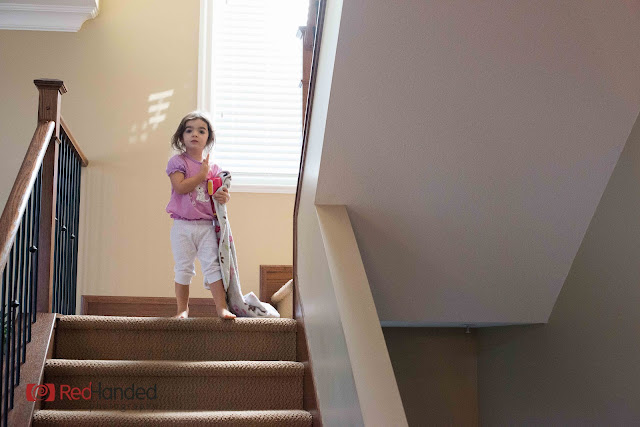 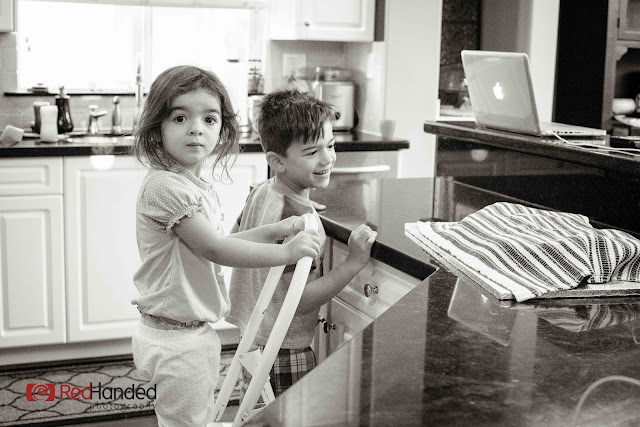 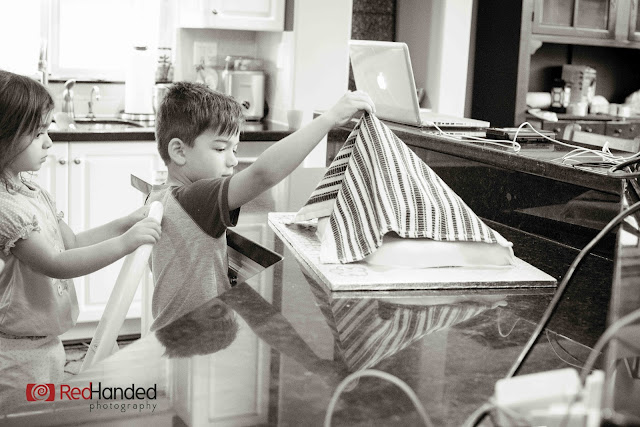 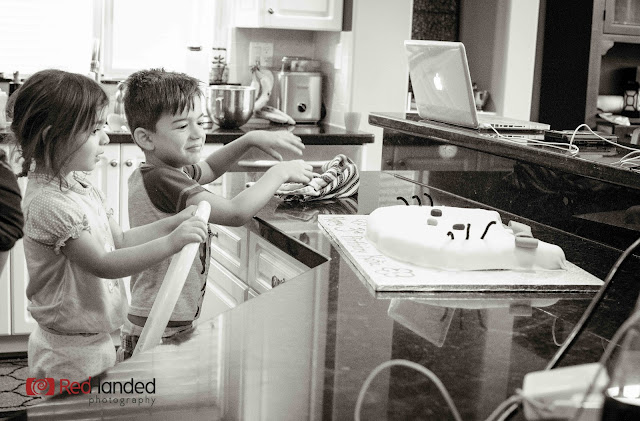 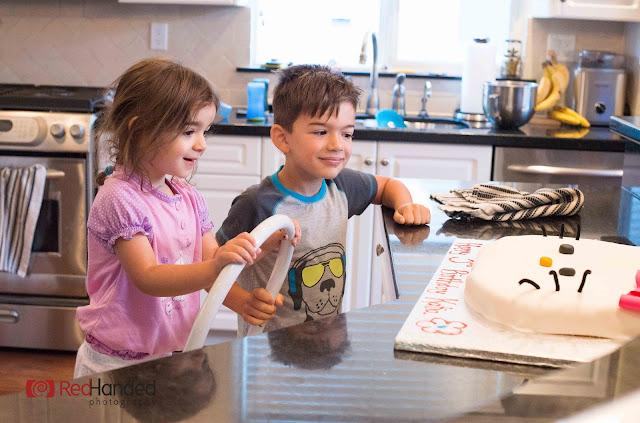 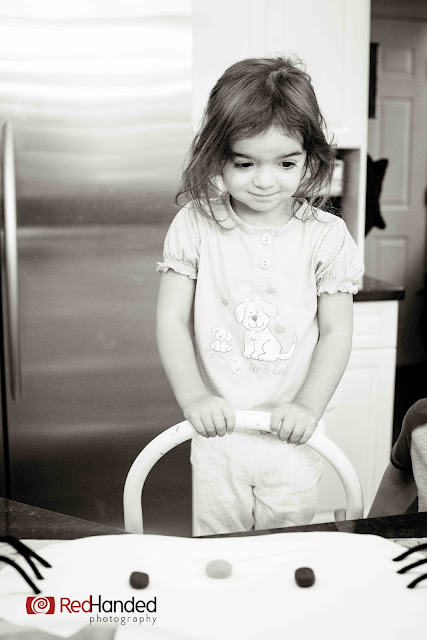 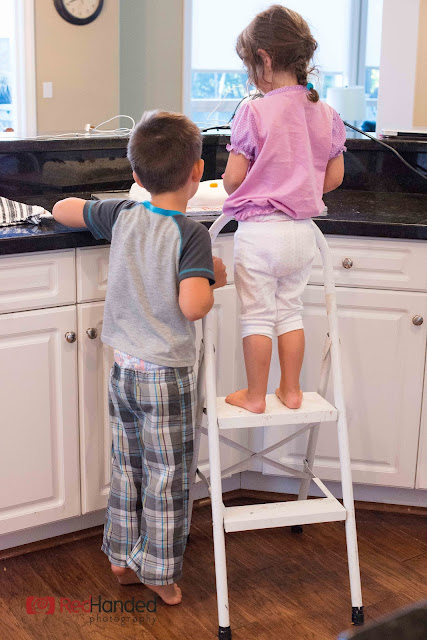 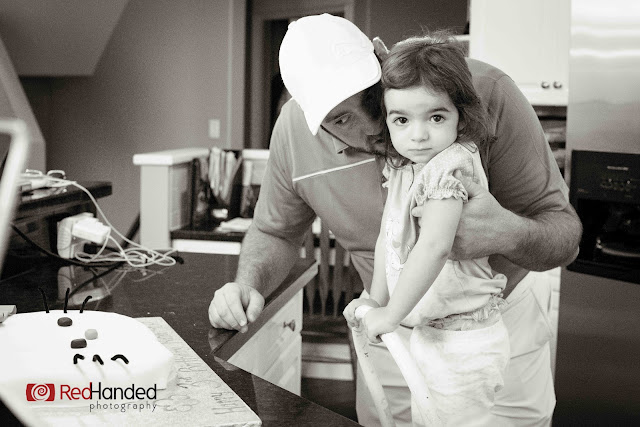 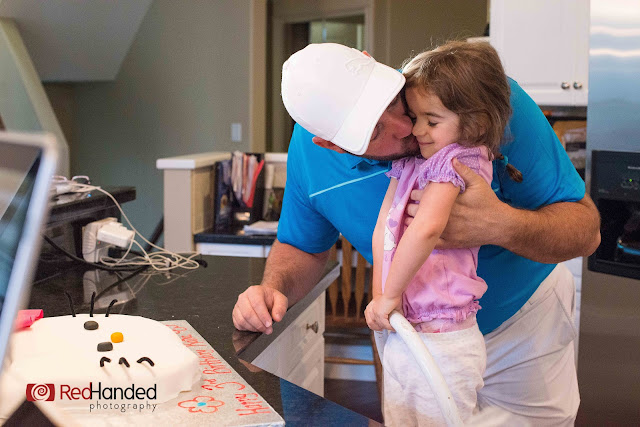 Happy birthday, Boo Bear.  And thank you for choosing something simple this time!!  Your brothers need to learn that *grin*.

Email ThisBlogThis!Share to TwitterShare to FacebookShare to Pinterest
Labels: [cakes]