My life has been really busy - my RHP business is keeping me up late ... so when I did a super-quick plan for KRose's fifth birthday party, I was LOST.

The morning before the party - I got up early and baked three cakes (not from scratch, the lovely white-cake from Duncan Hines or whatever that box said LOL).

I let them "dry out" during the day ... then when 9pm rolled around I sat and stared at them, like I do every time I build a cake. 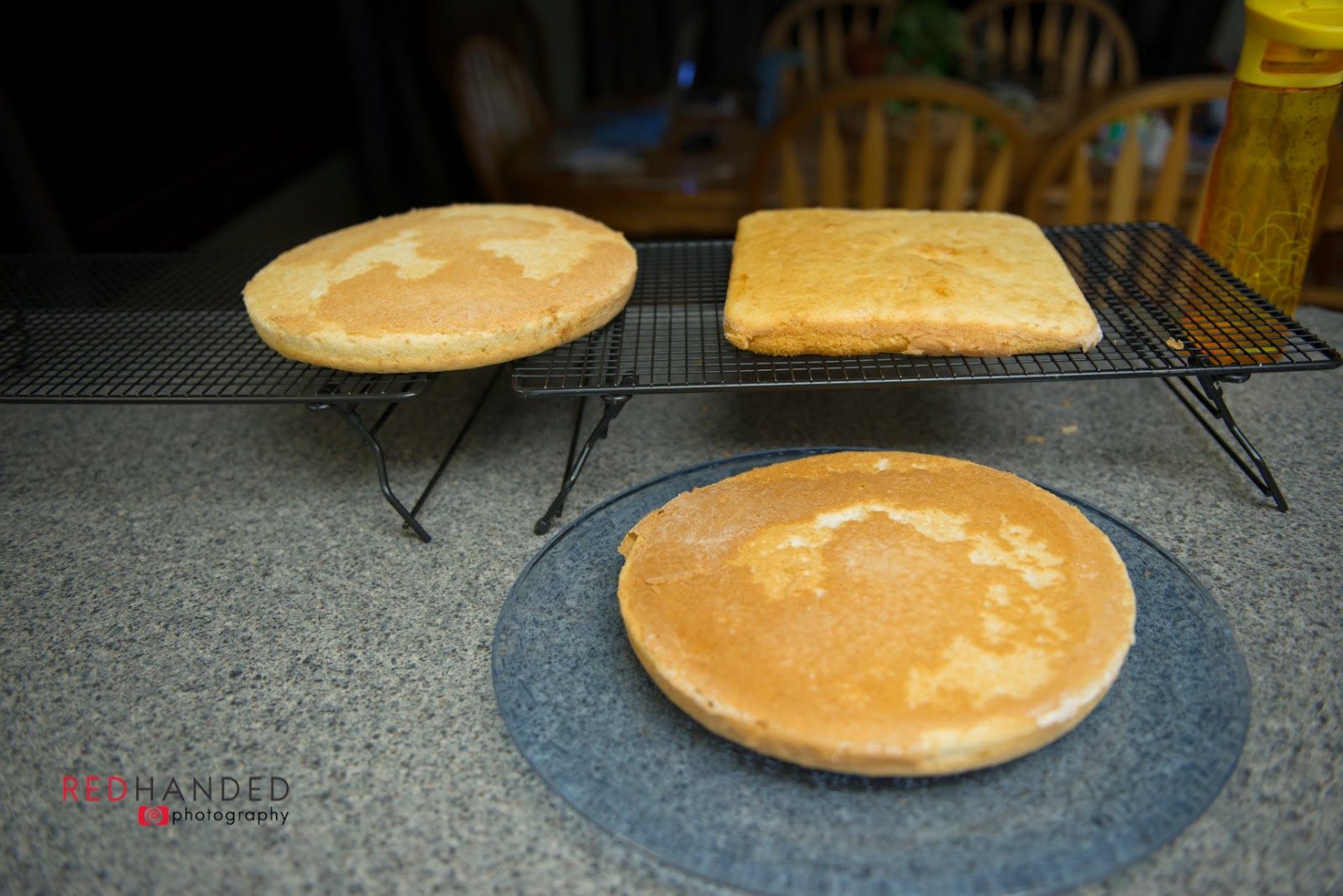 I totally cheated this time.  I didn't even make the frosting - but rather, I bought a bucket at the cake store where I buy my fondant.  It was a huge time saver for me, because I didn't have any of the ingredients at home to make it.

It was white ... so I added some colour. 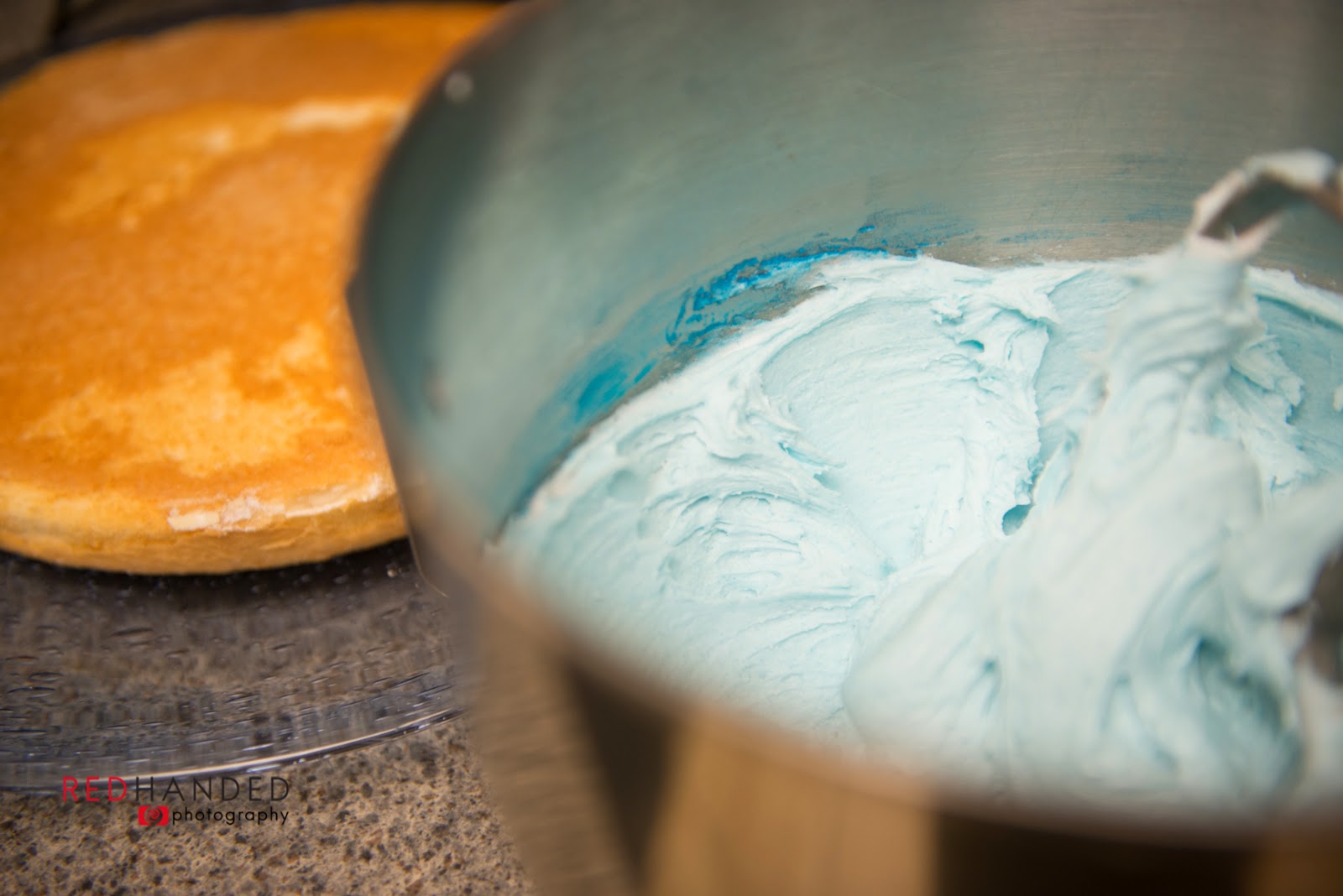 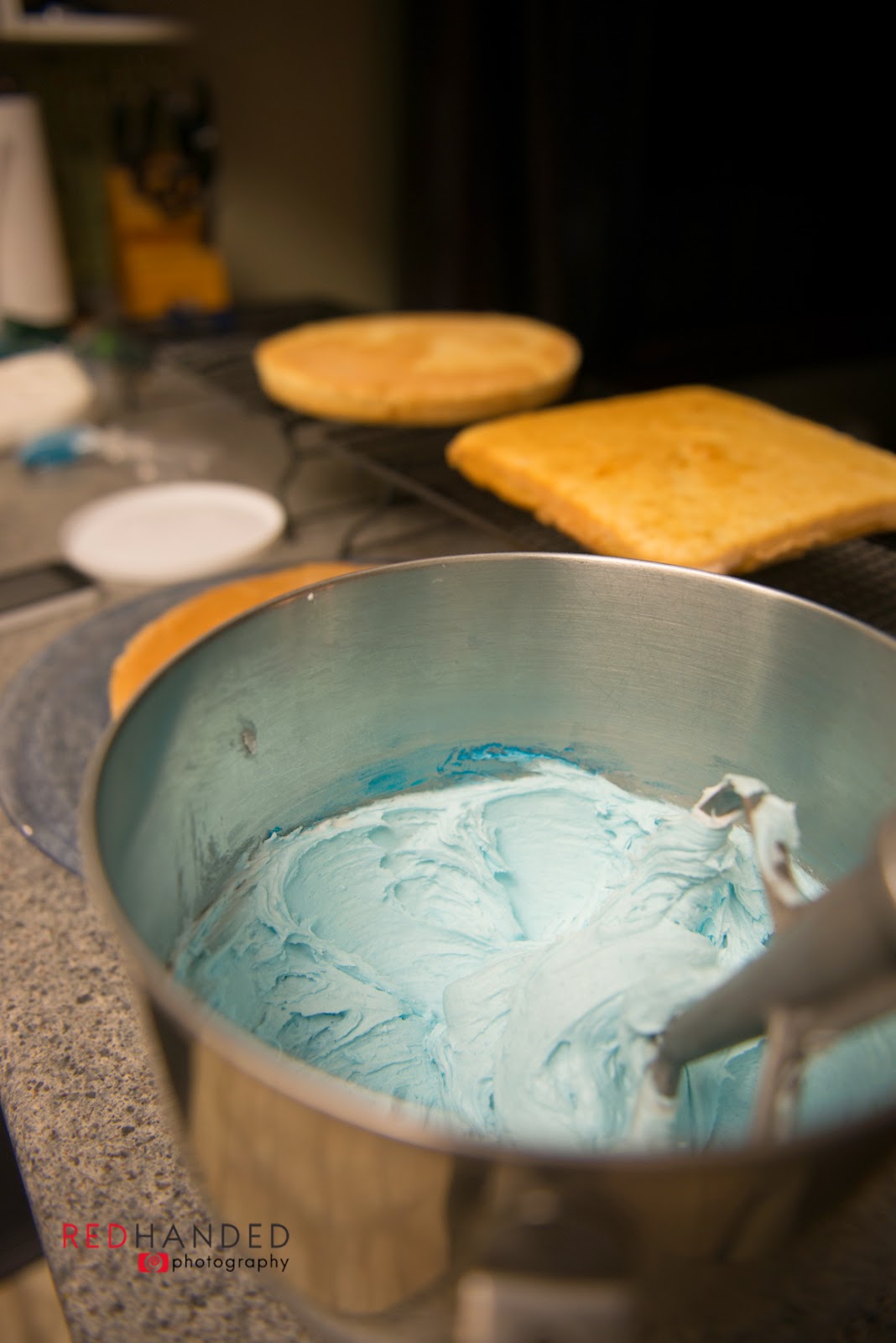 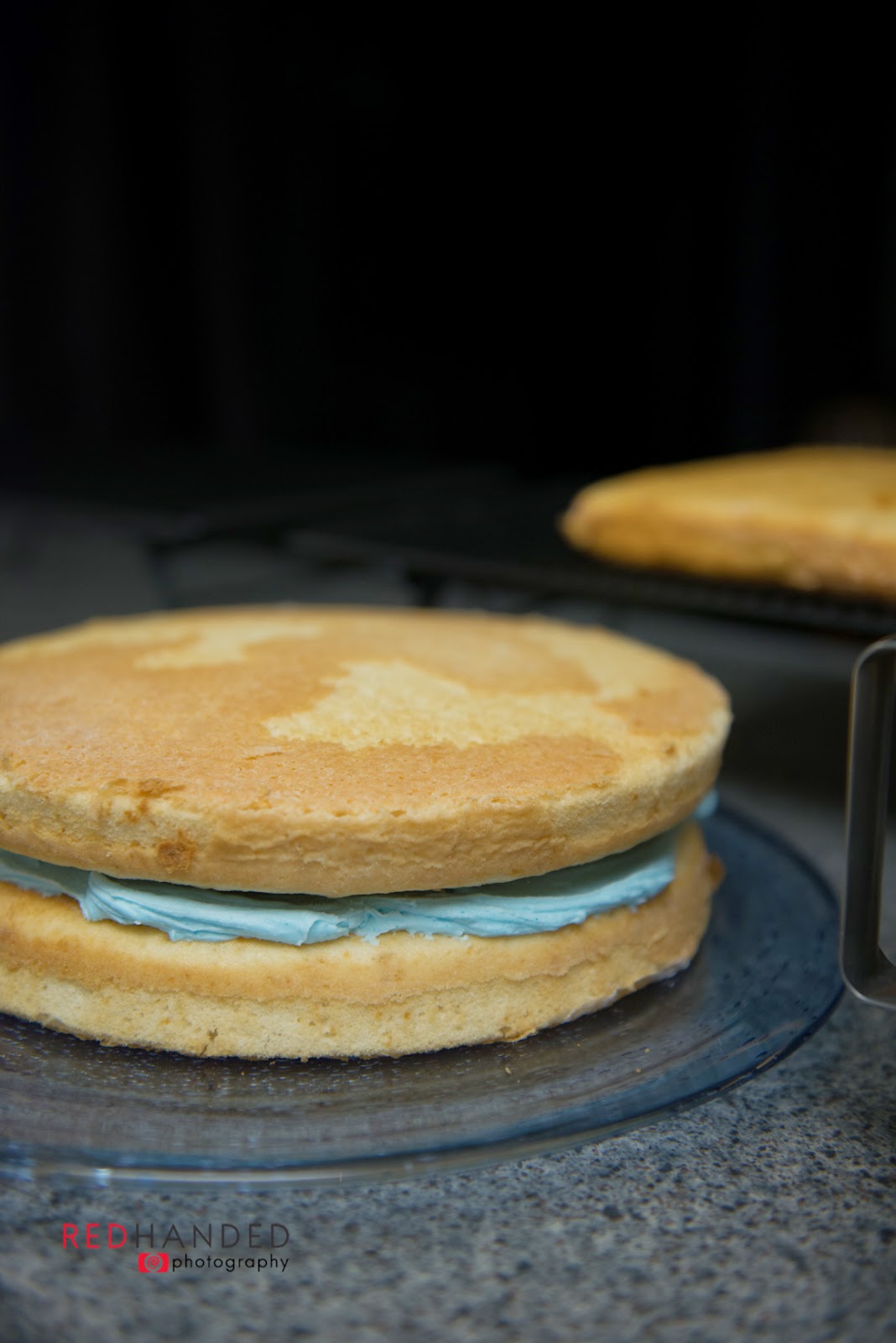 And frosted the outside.  I'm never too picky about crumbs and such.  I mean, who cares?  The fondant will cover it all ... 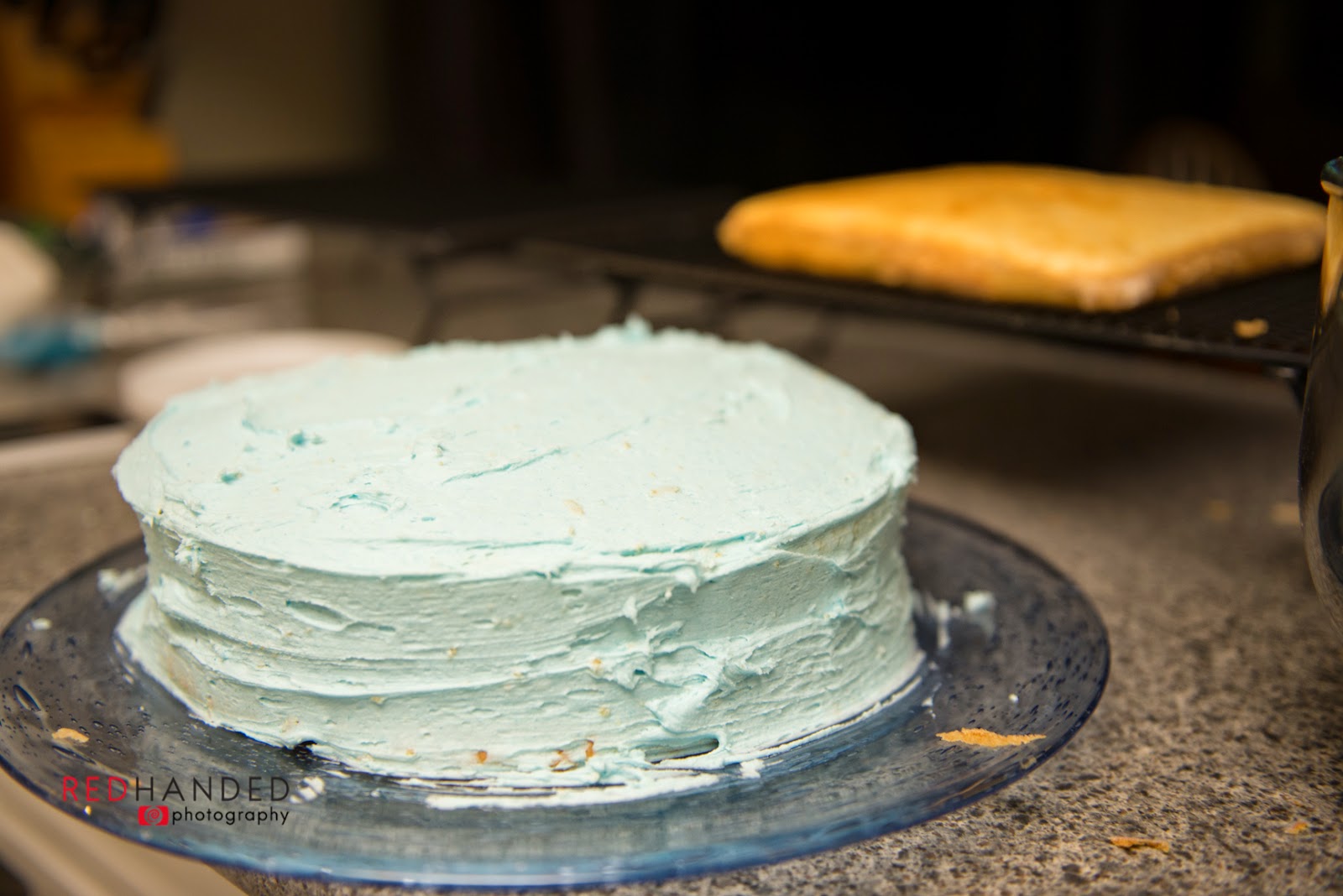 I rolled out the fondant ... 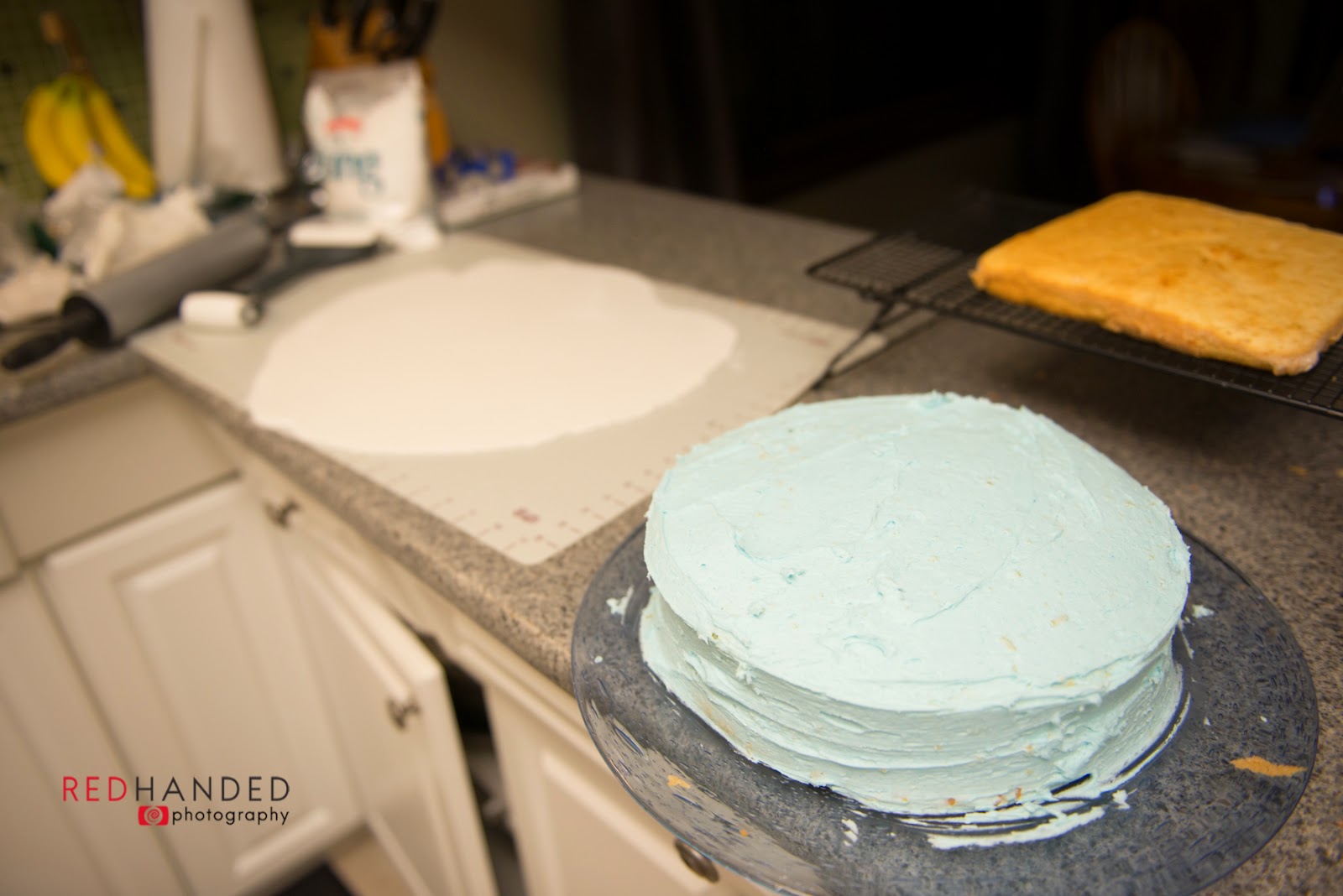 Placed it over the cake ... then stared at it for a while.  Then, I cut the square cake to create "steps" to Elsa's castle. 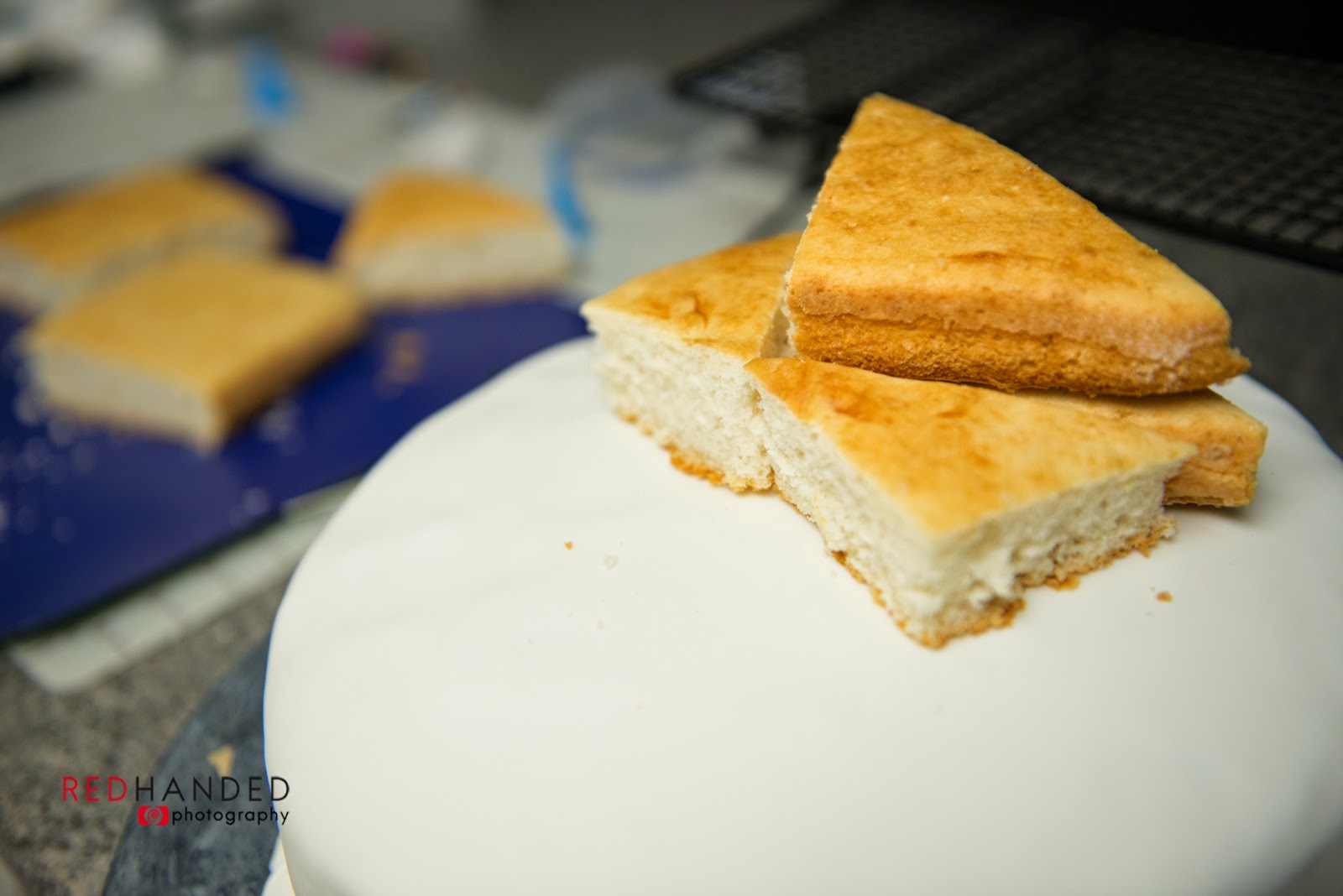 More fondant was added ... and it was snow, right?  So uneven and all that seemed to feel right.  I'm glad - because my cakes are always a little messy. 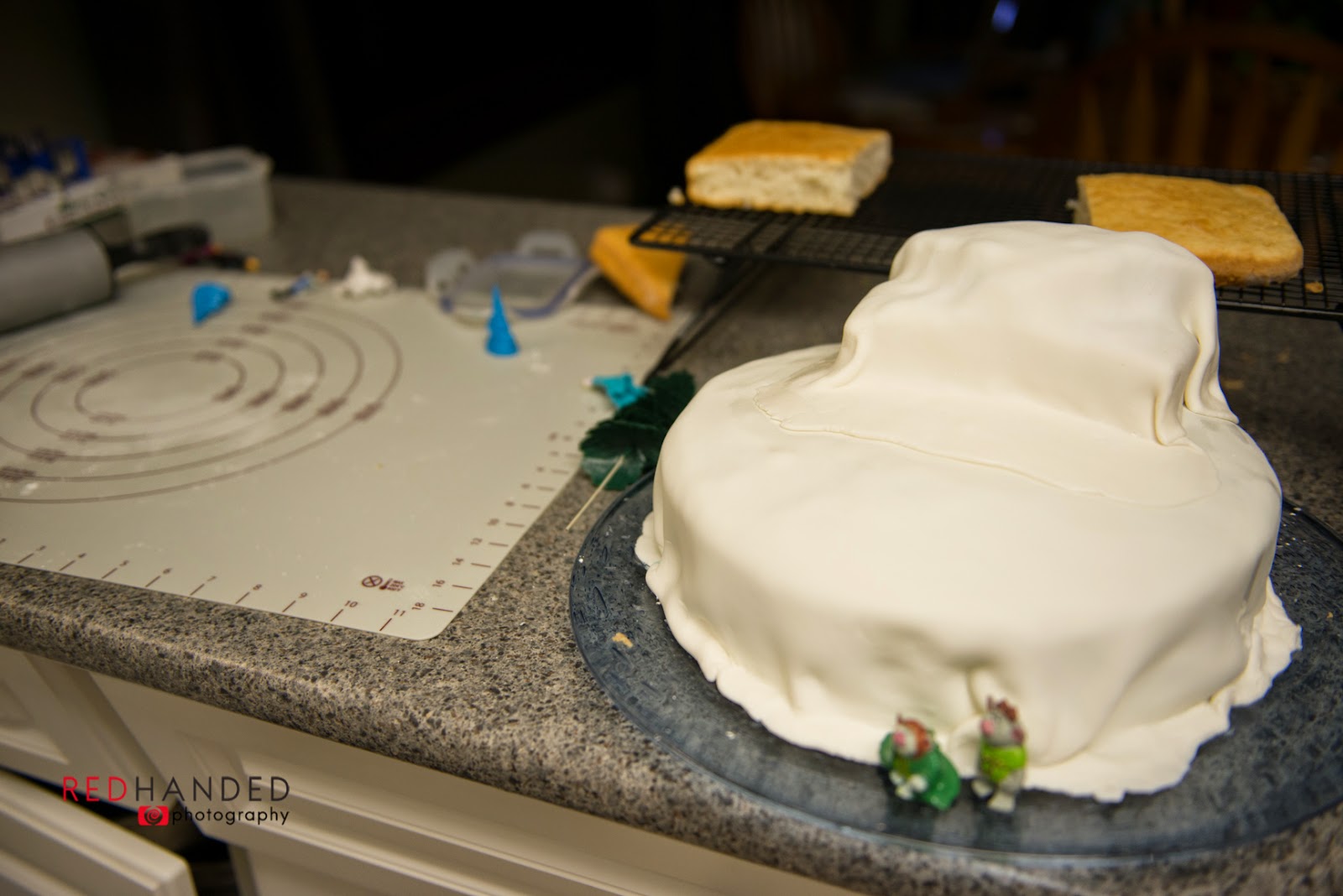 Just last weekend, one of my "aunts" had given KRose a book that had tiny Frozen characters.  As soon as I saw them, I thought - "perfect.  on the cake they'll go." 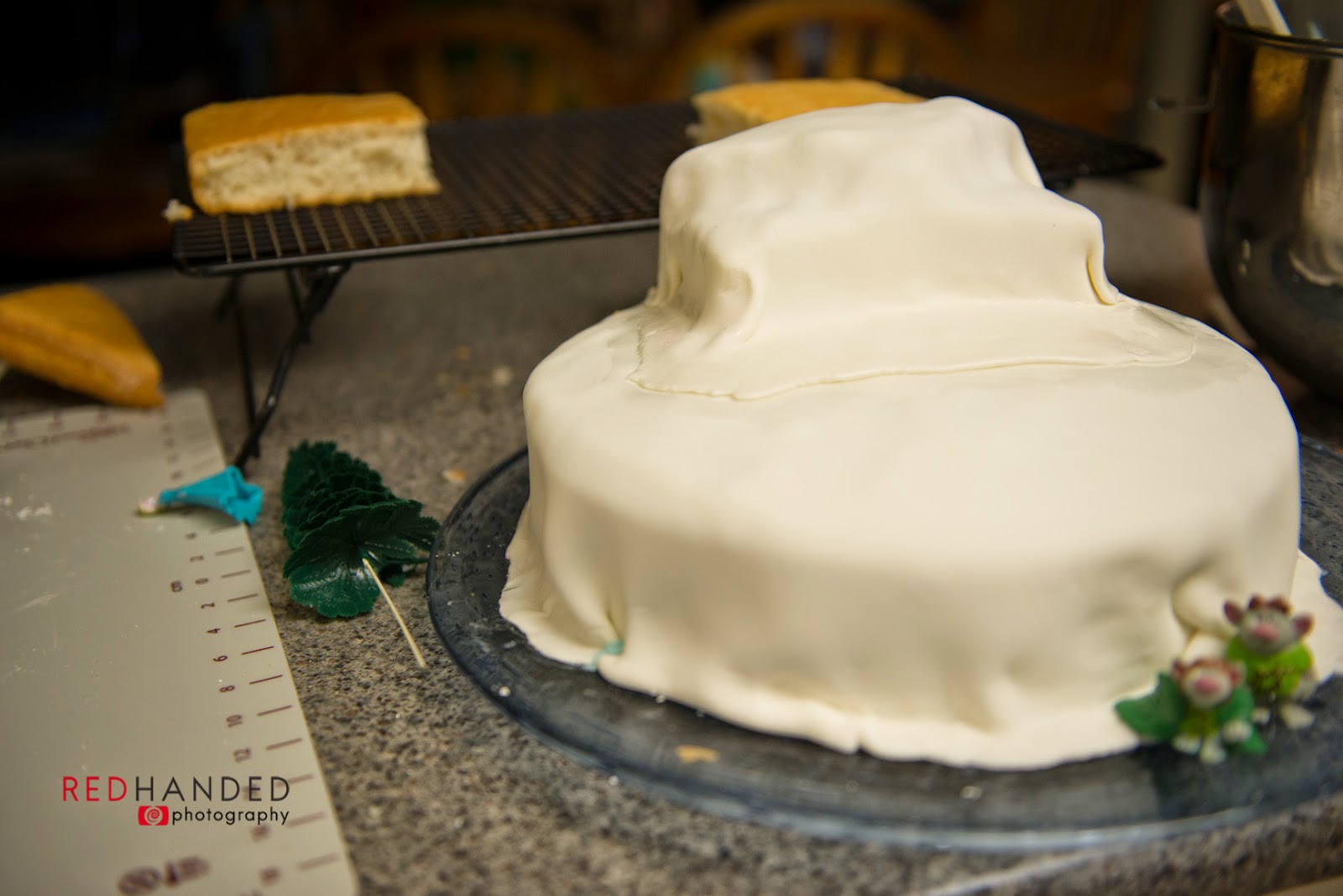 I had seen on Pinterest, someone using Rock Candy sticks for Elsa's castle.  Brilliant.  I could stick in those, no problem. 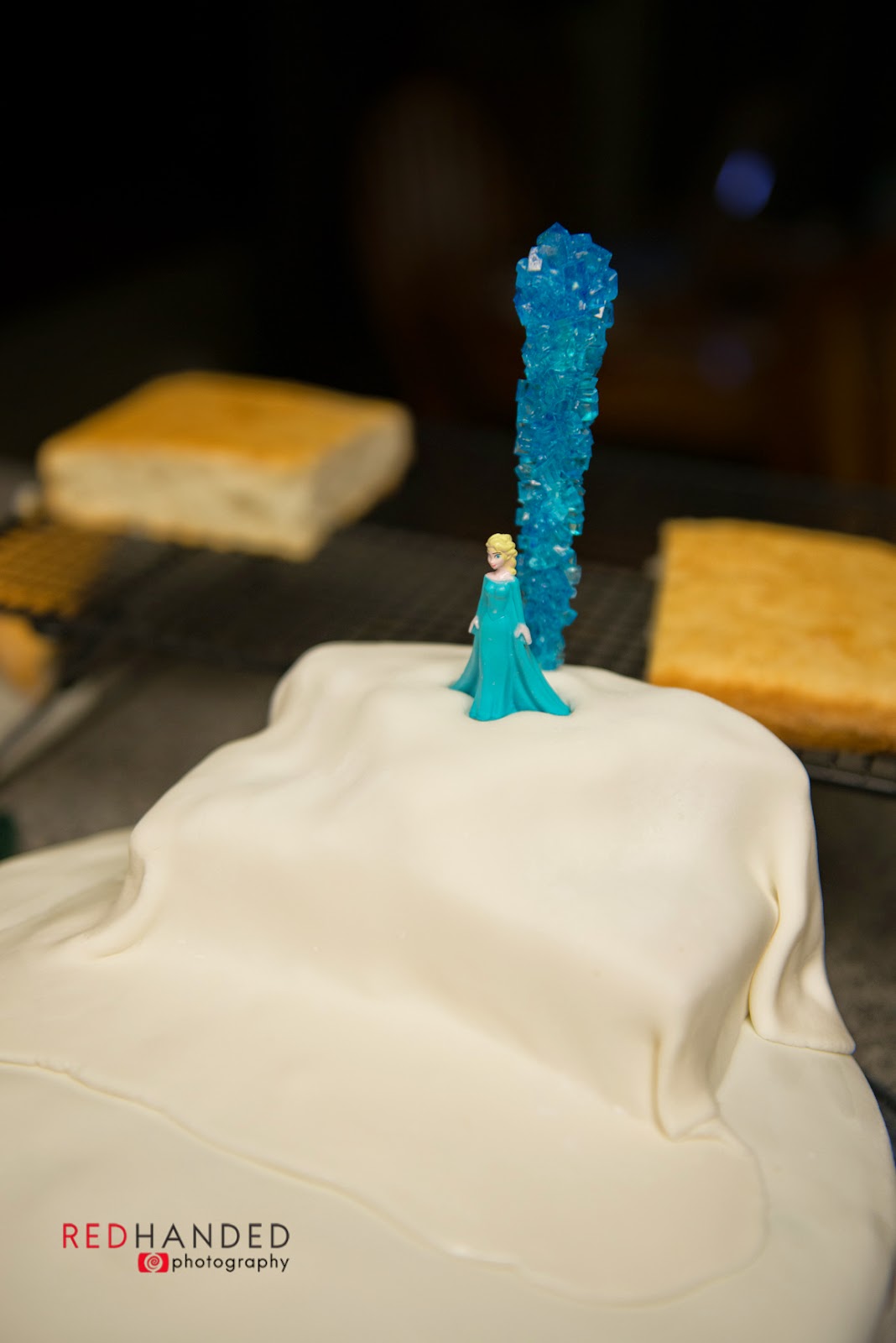 This was a super simple, super easy cake.  Because at this point, all I did was place props on it.  How easy is that??  REALLY easy. 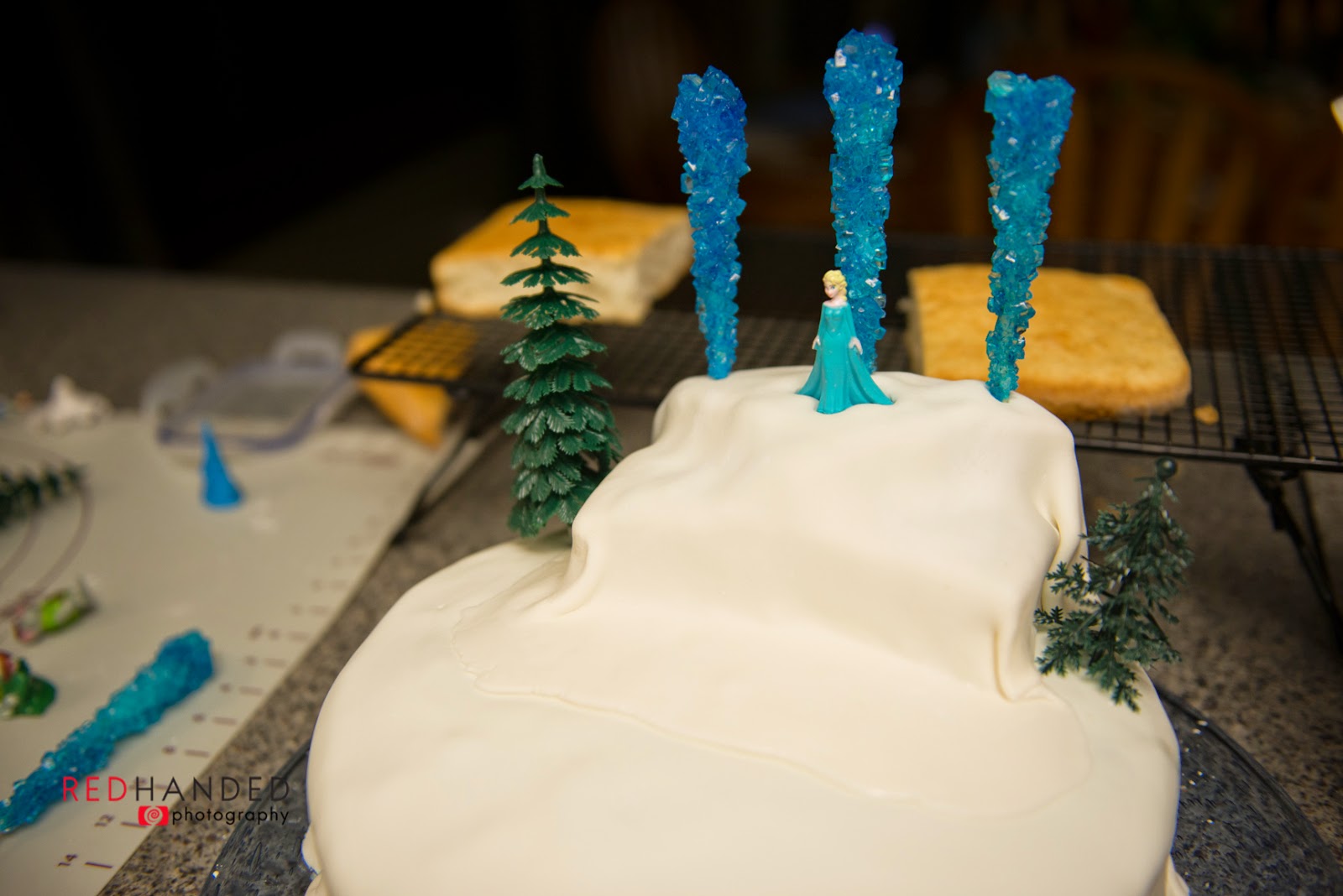 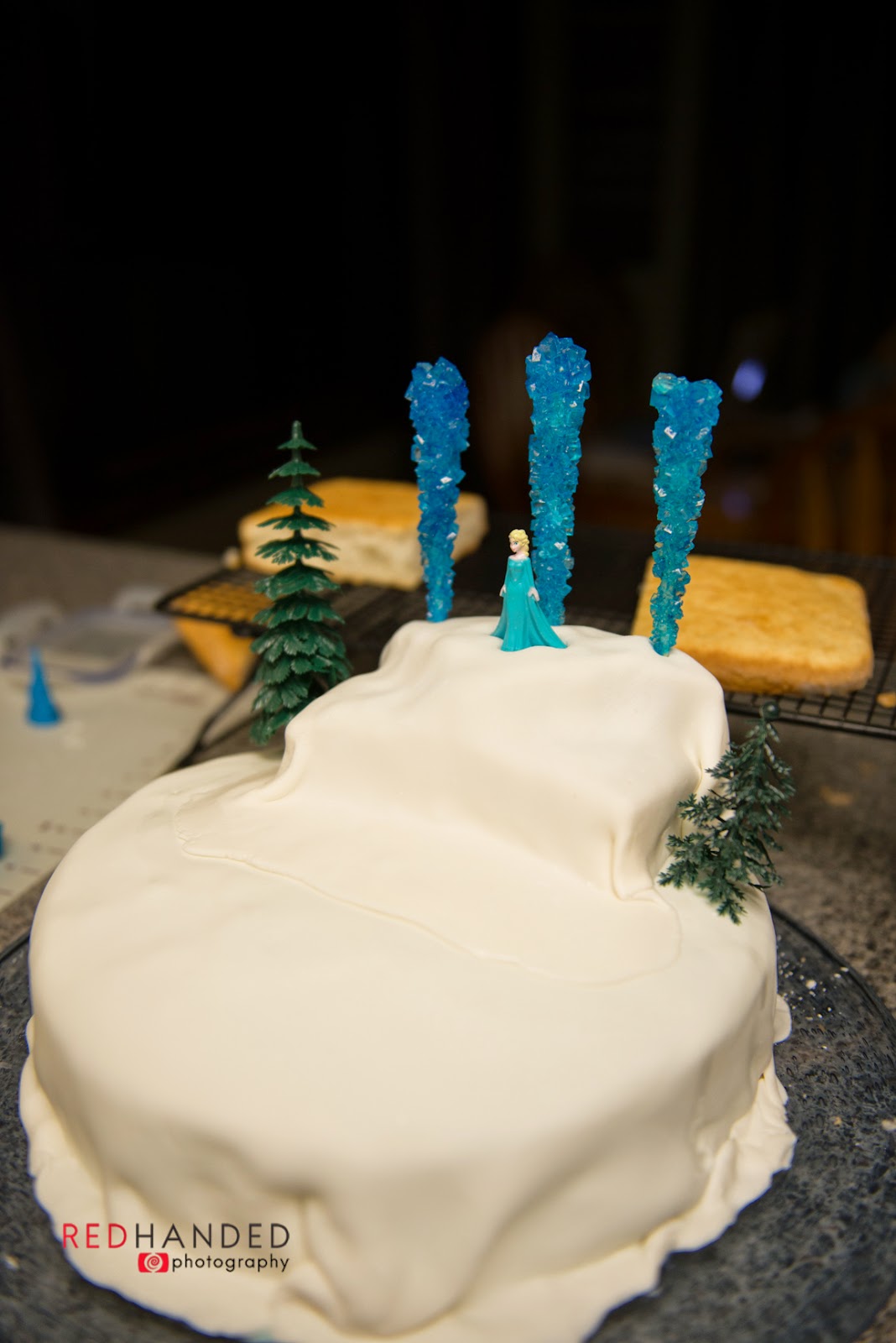 I "frosted" the trees with ... frosting. 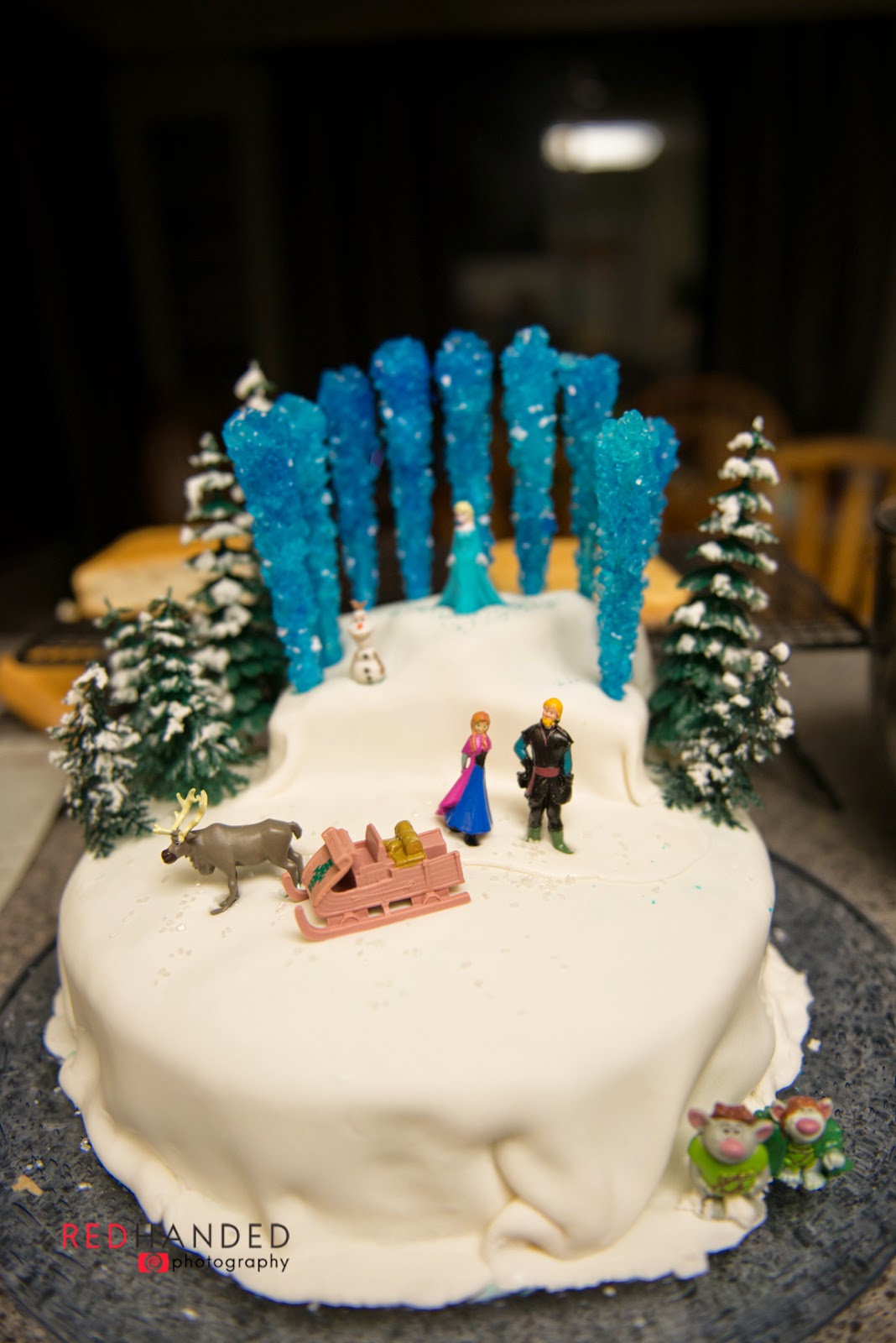 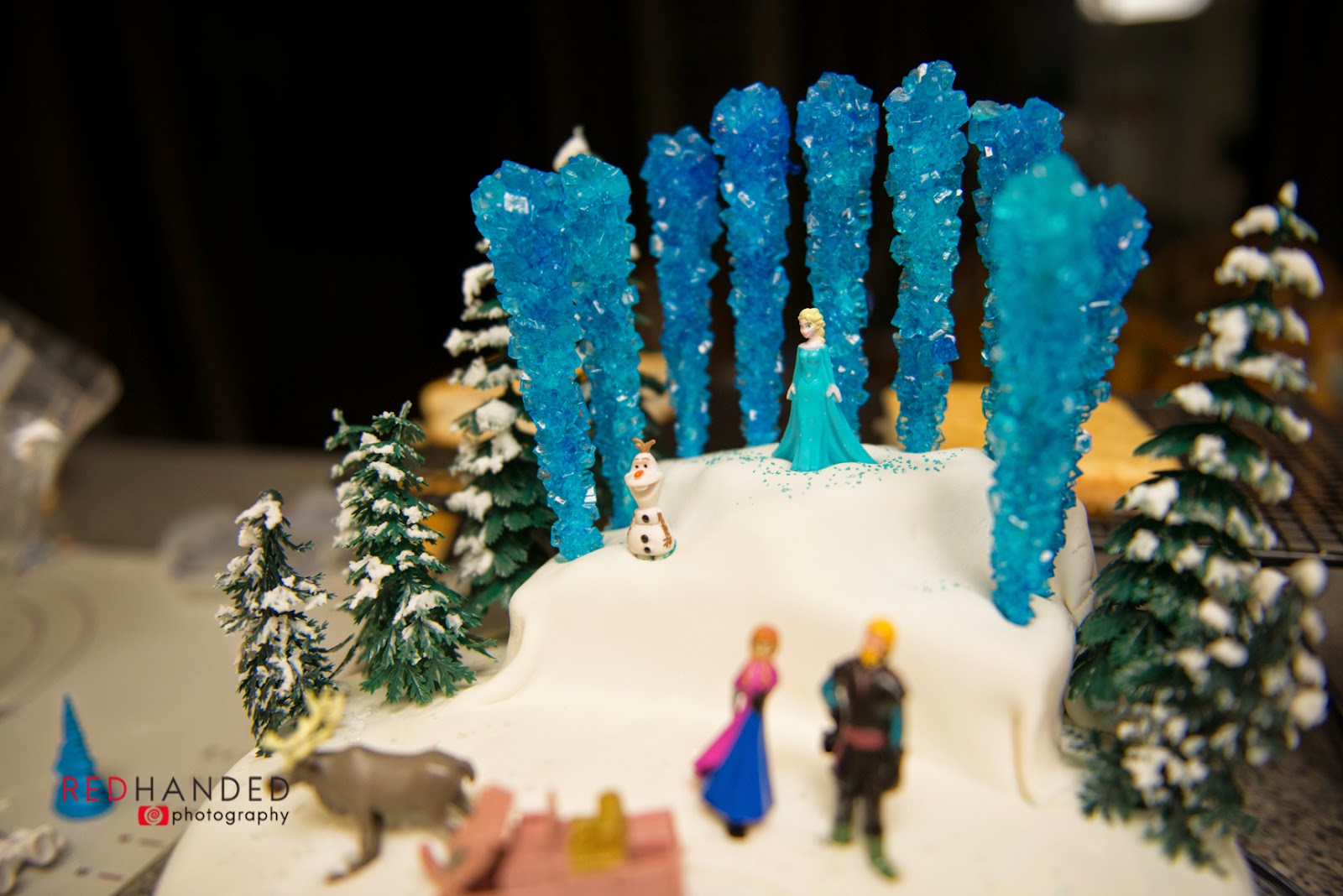 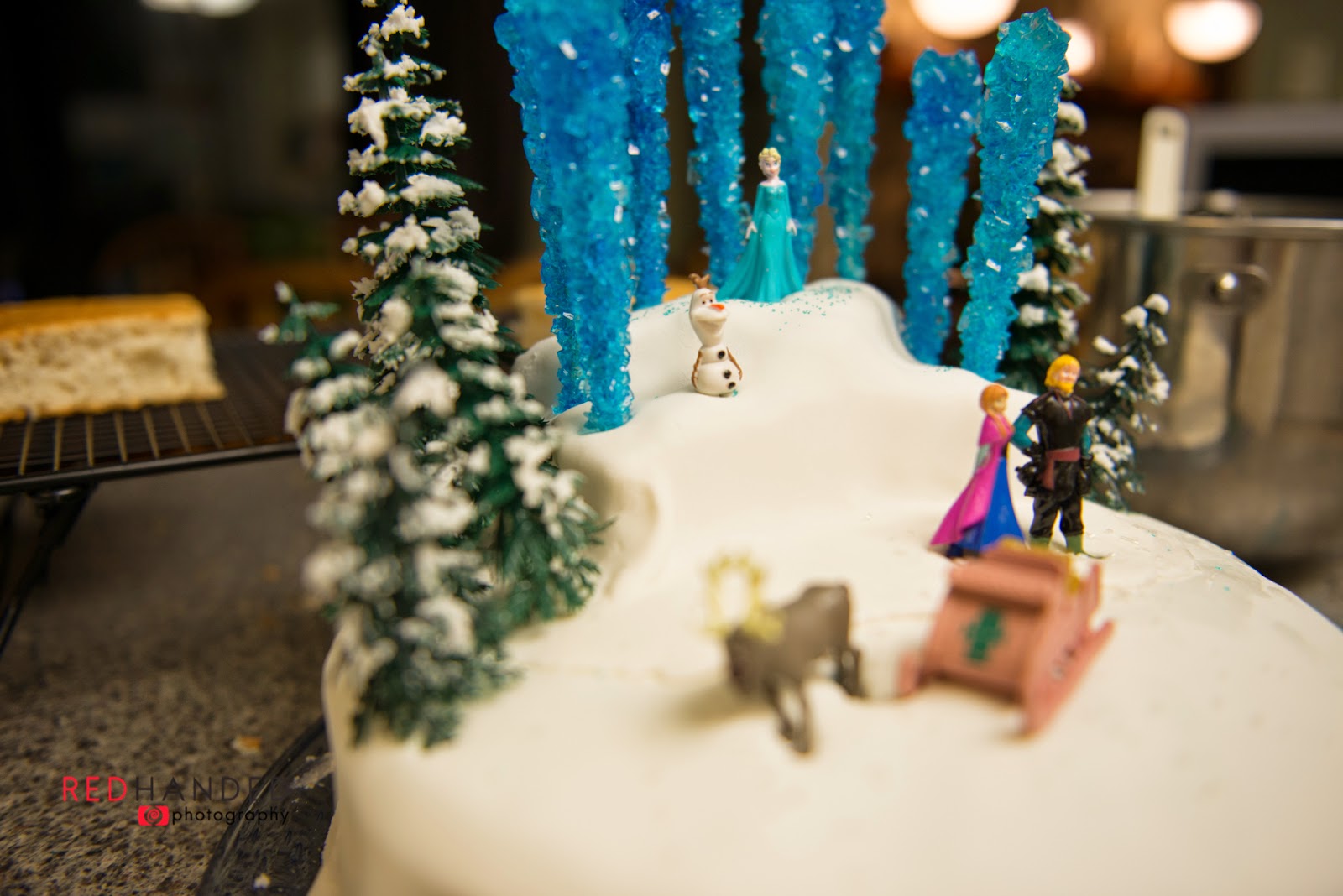 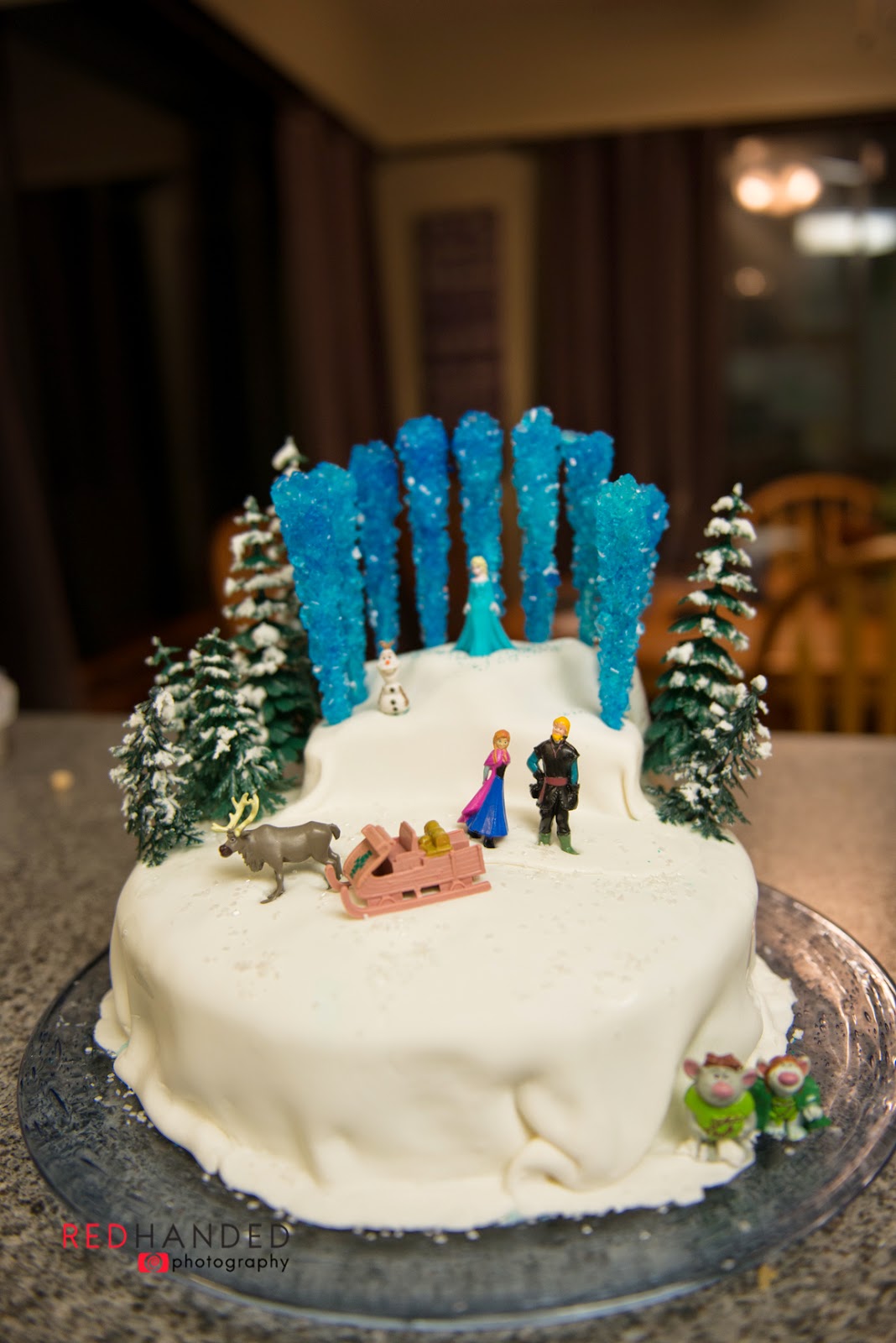 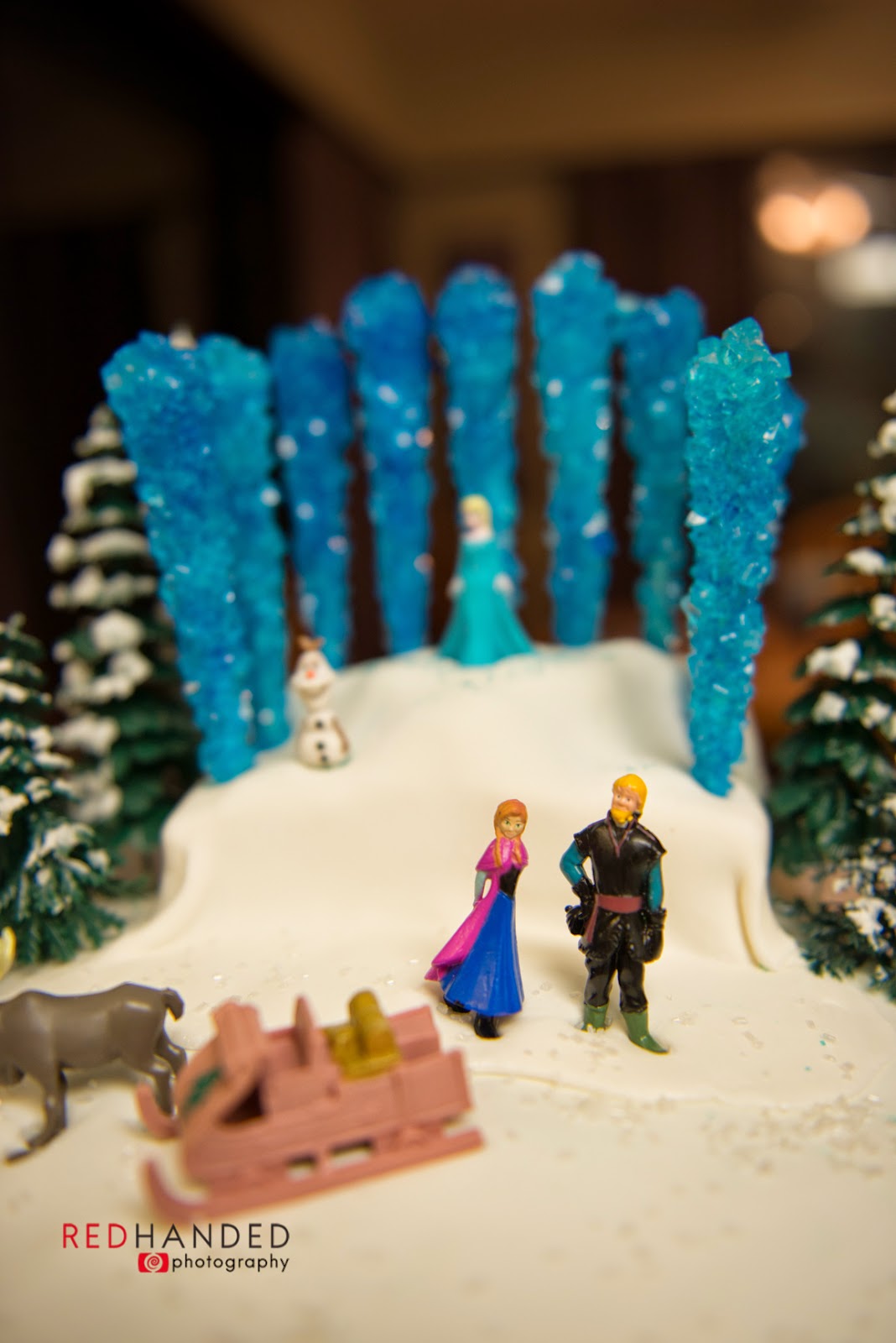 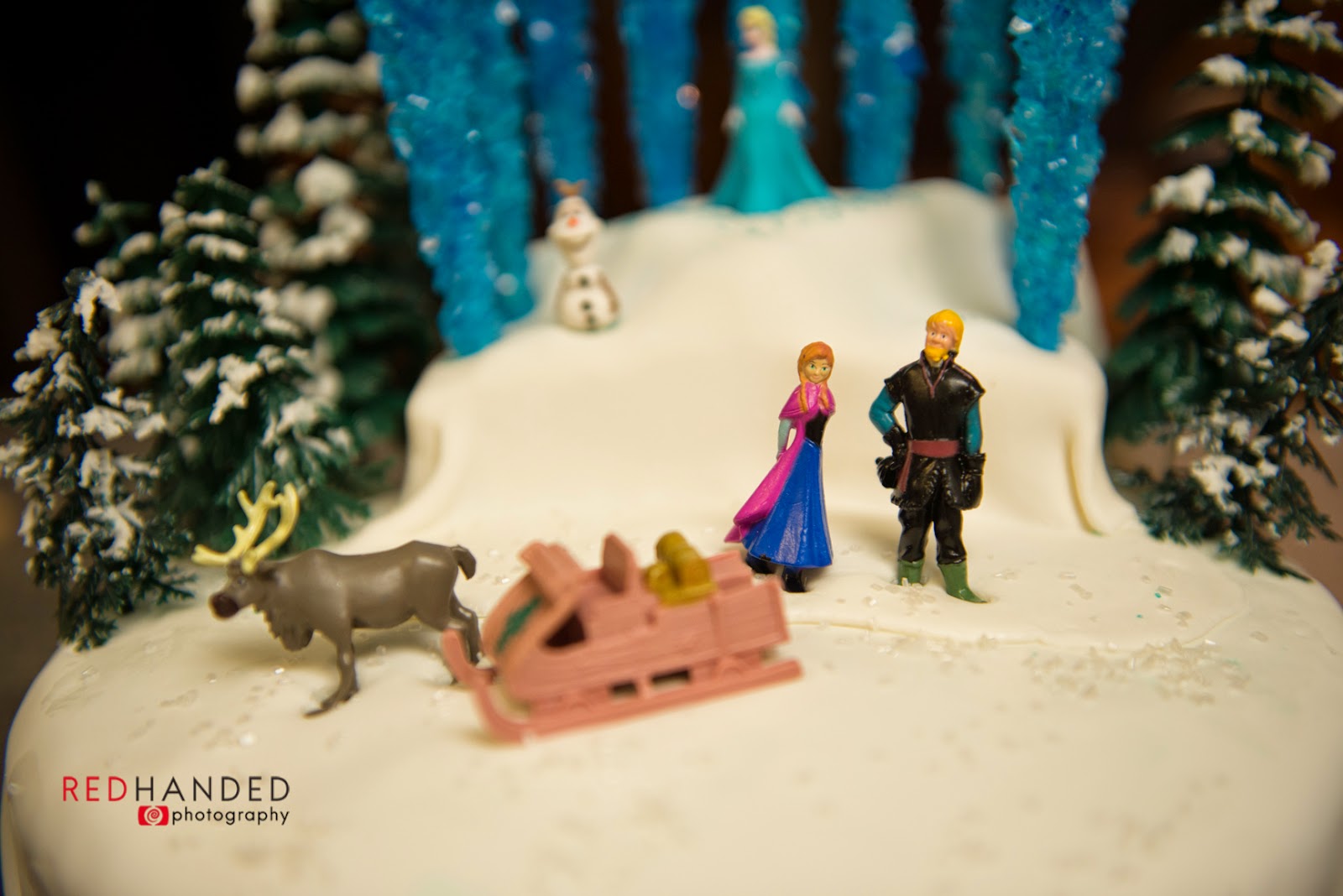 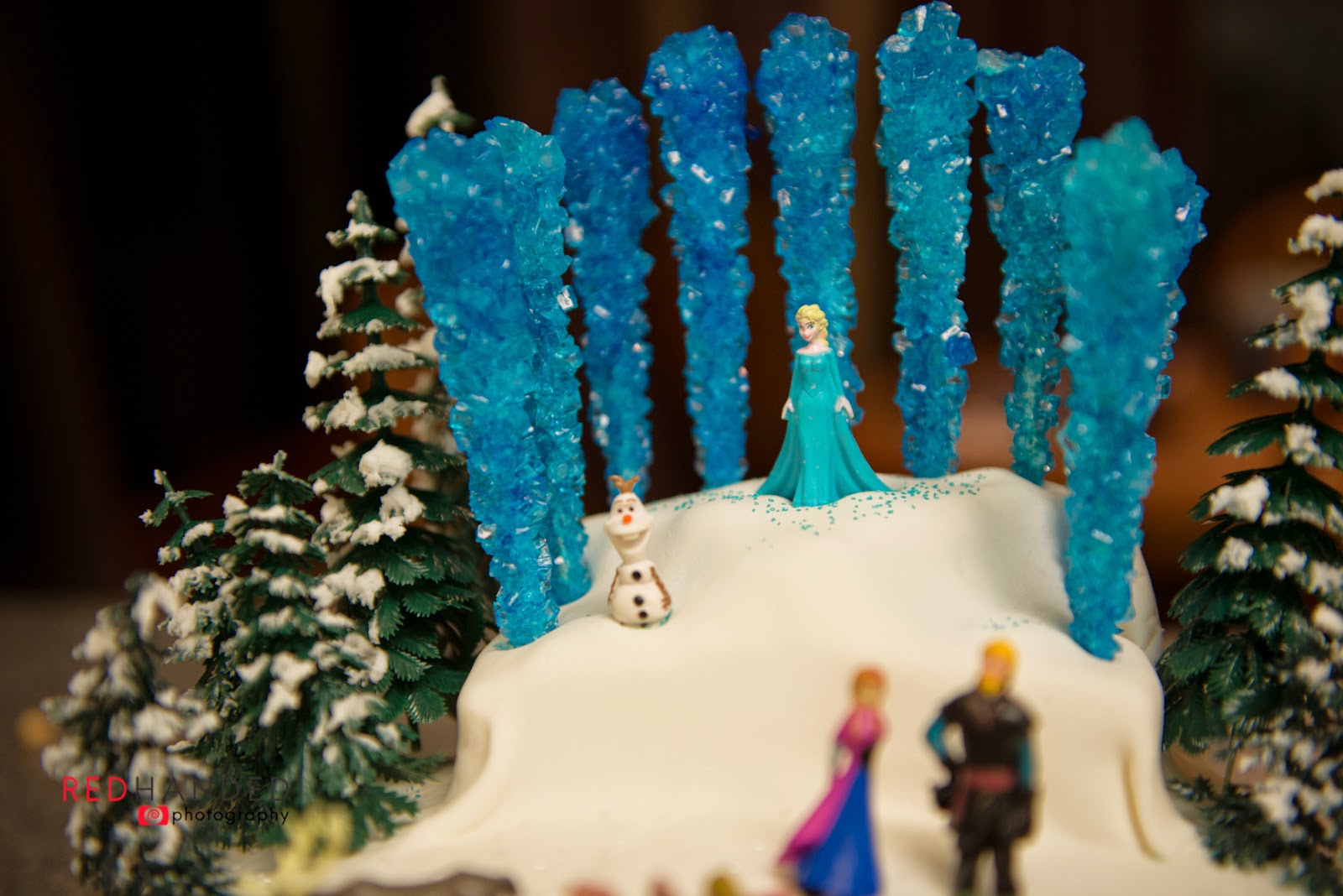 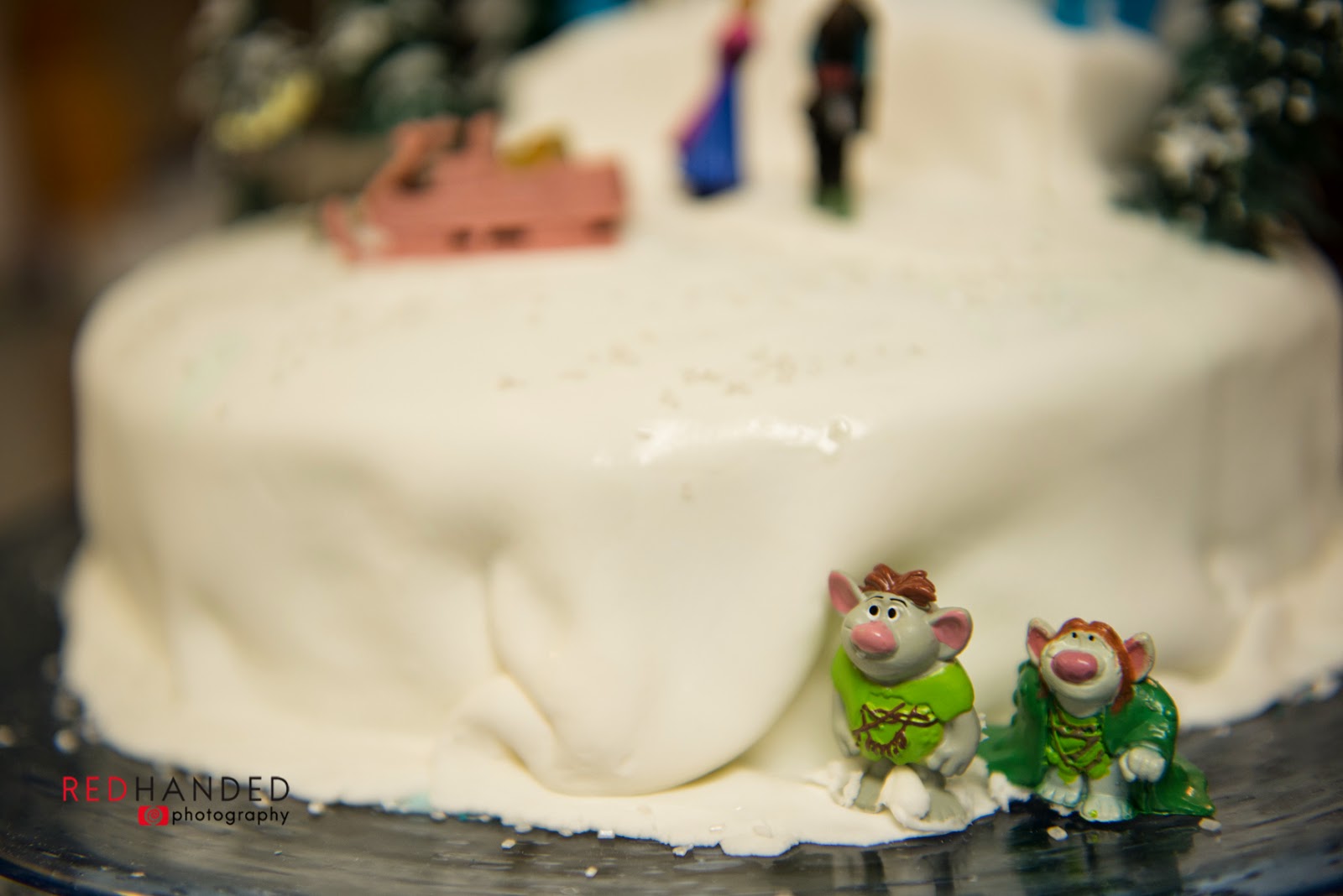 The next morning, KRose woke up ... and was greeted by Josiah who thought is was her ACTUAL birthday AGAIN.  So he made her a card LOL.   Her birthday was in August. 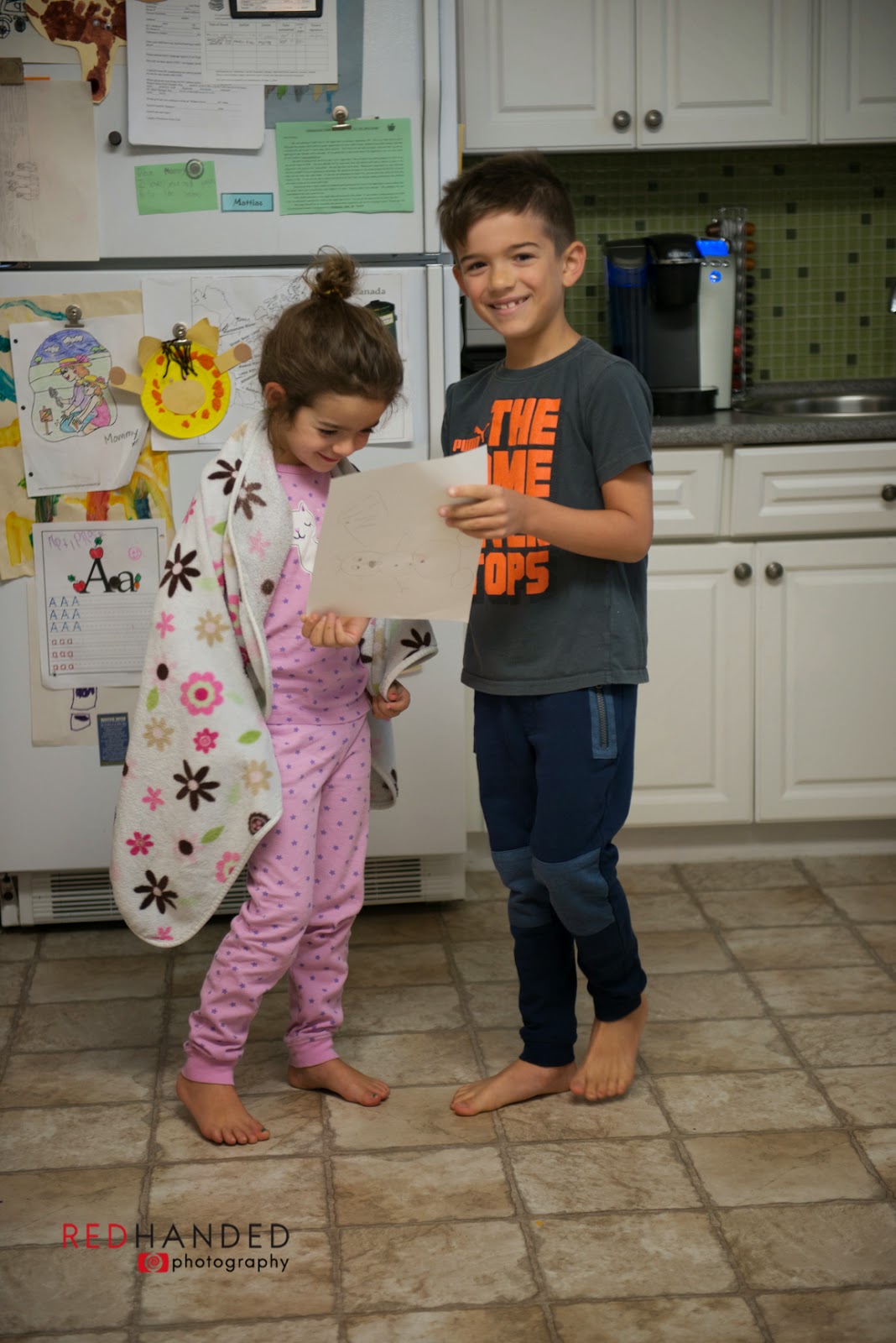 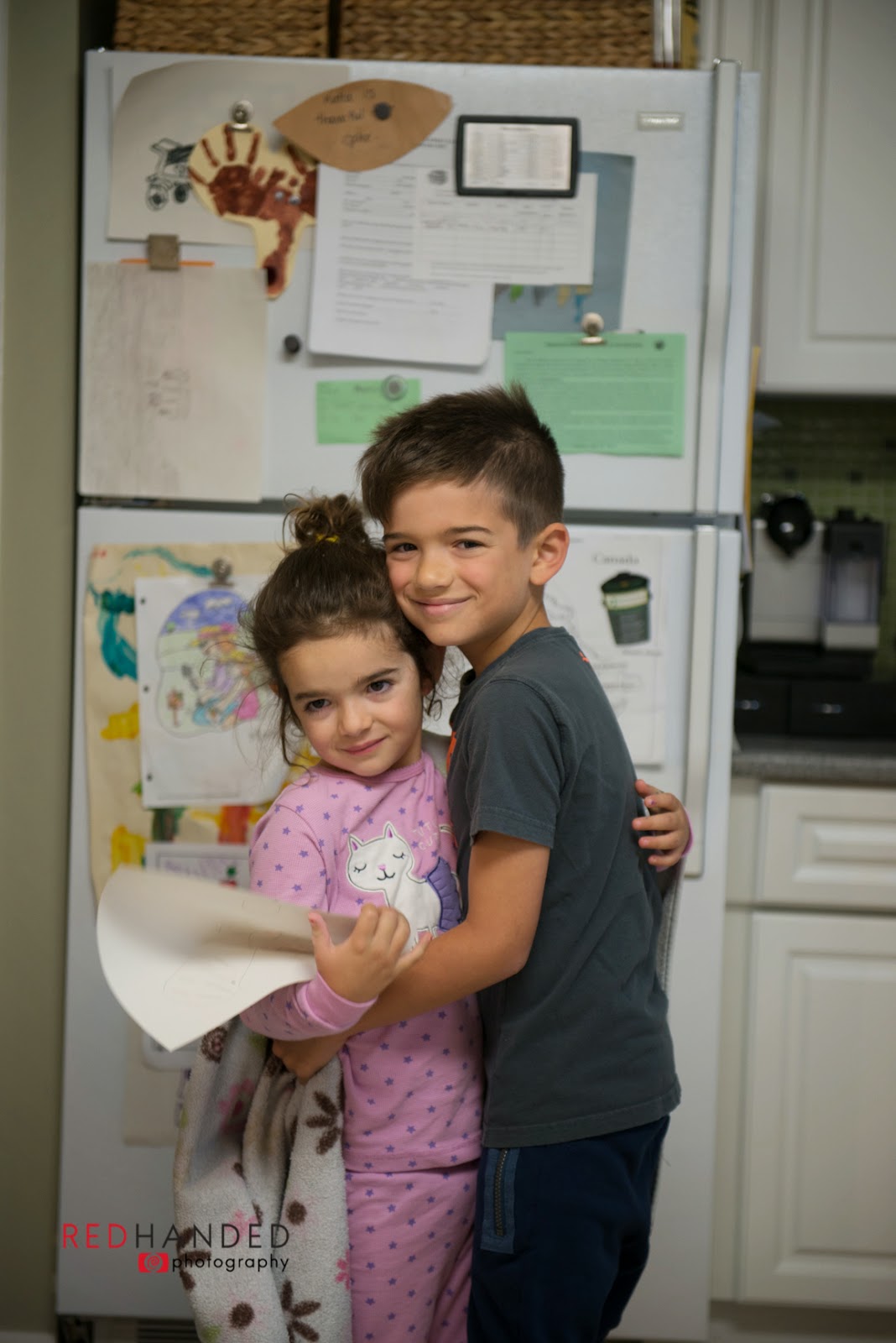 Then, like every "cake morning", she sat down and unveiled her cake. 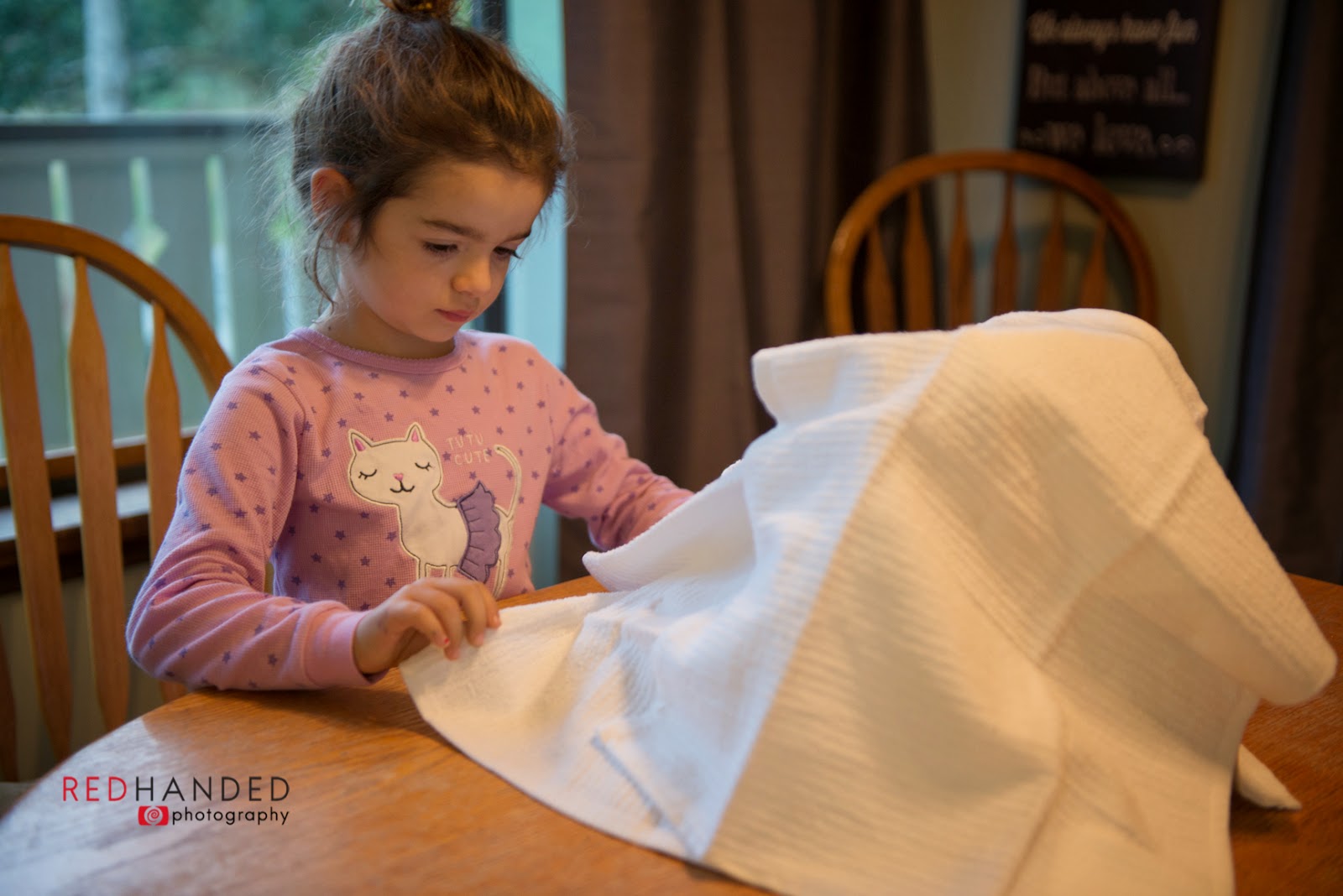 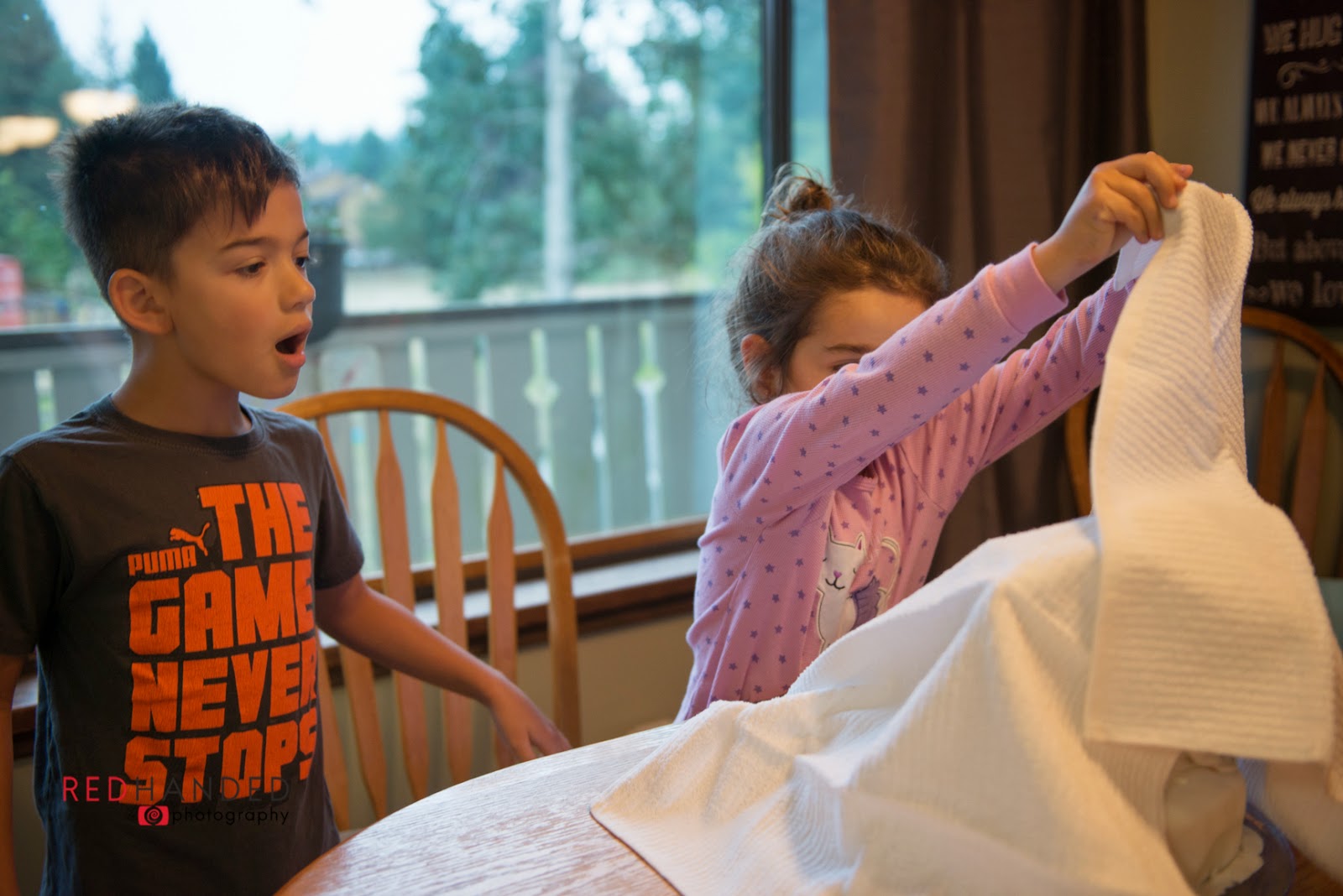 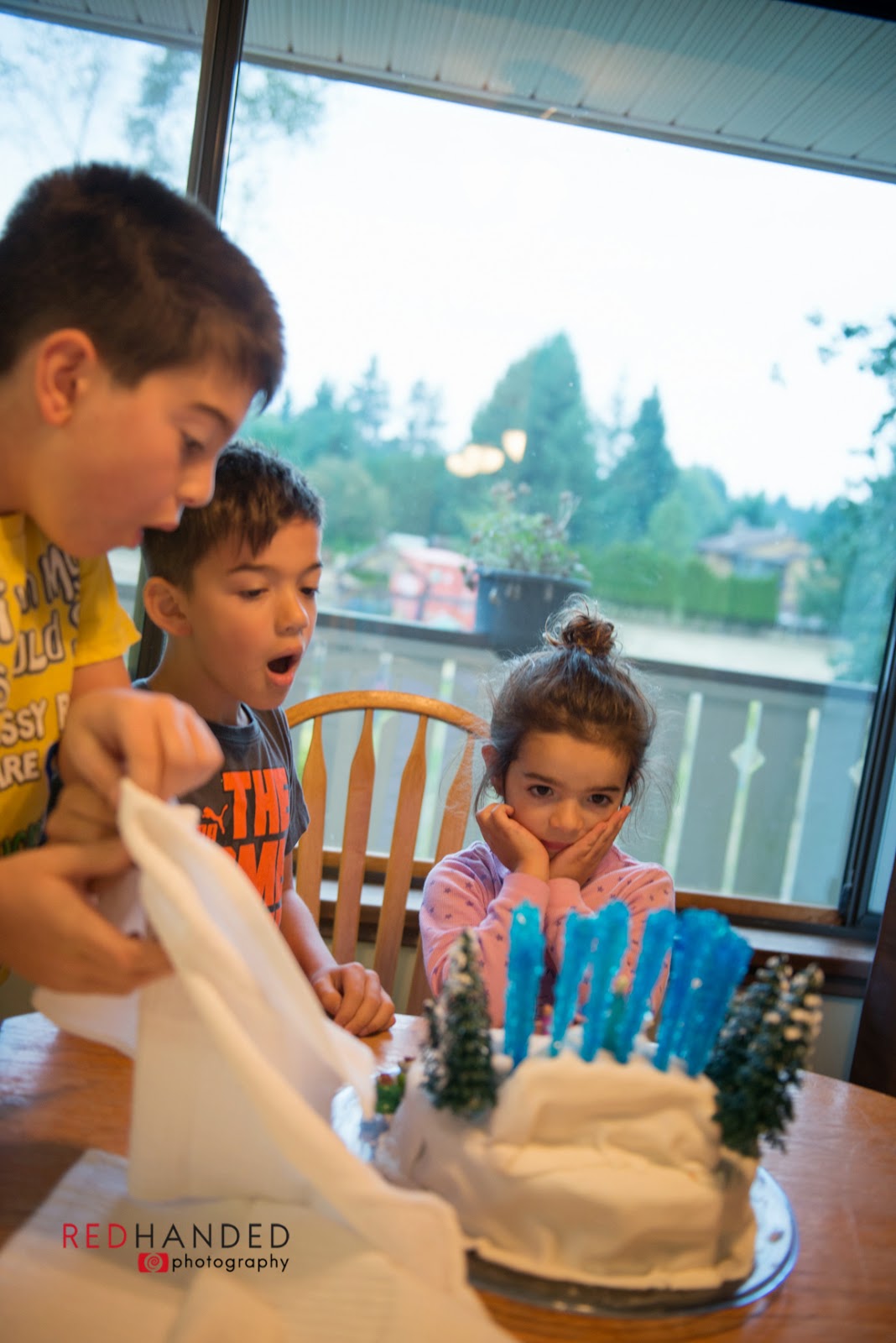 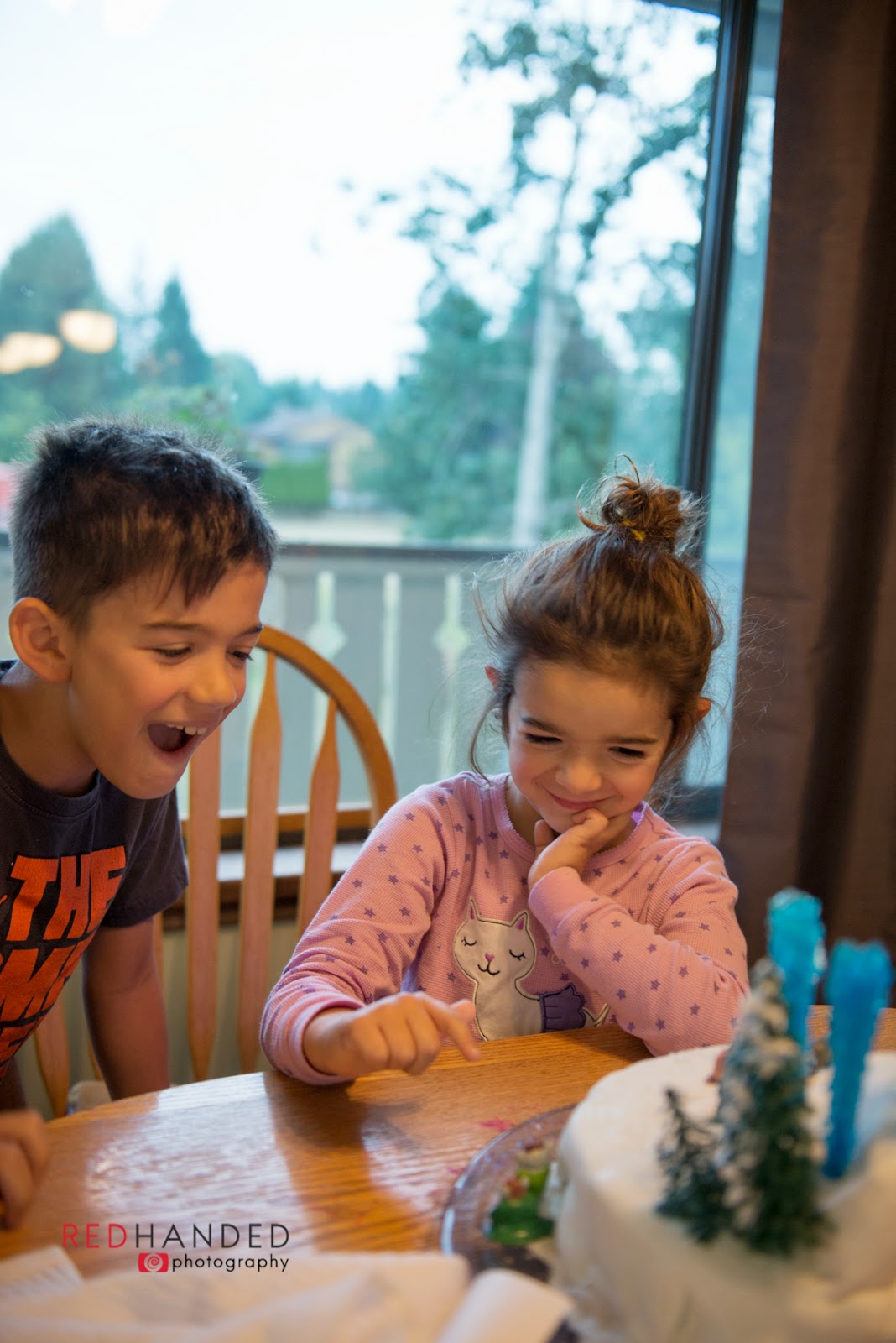 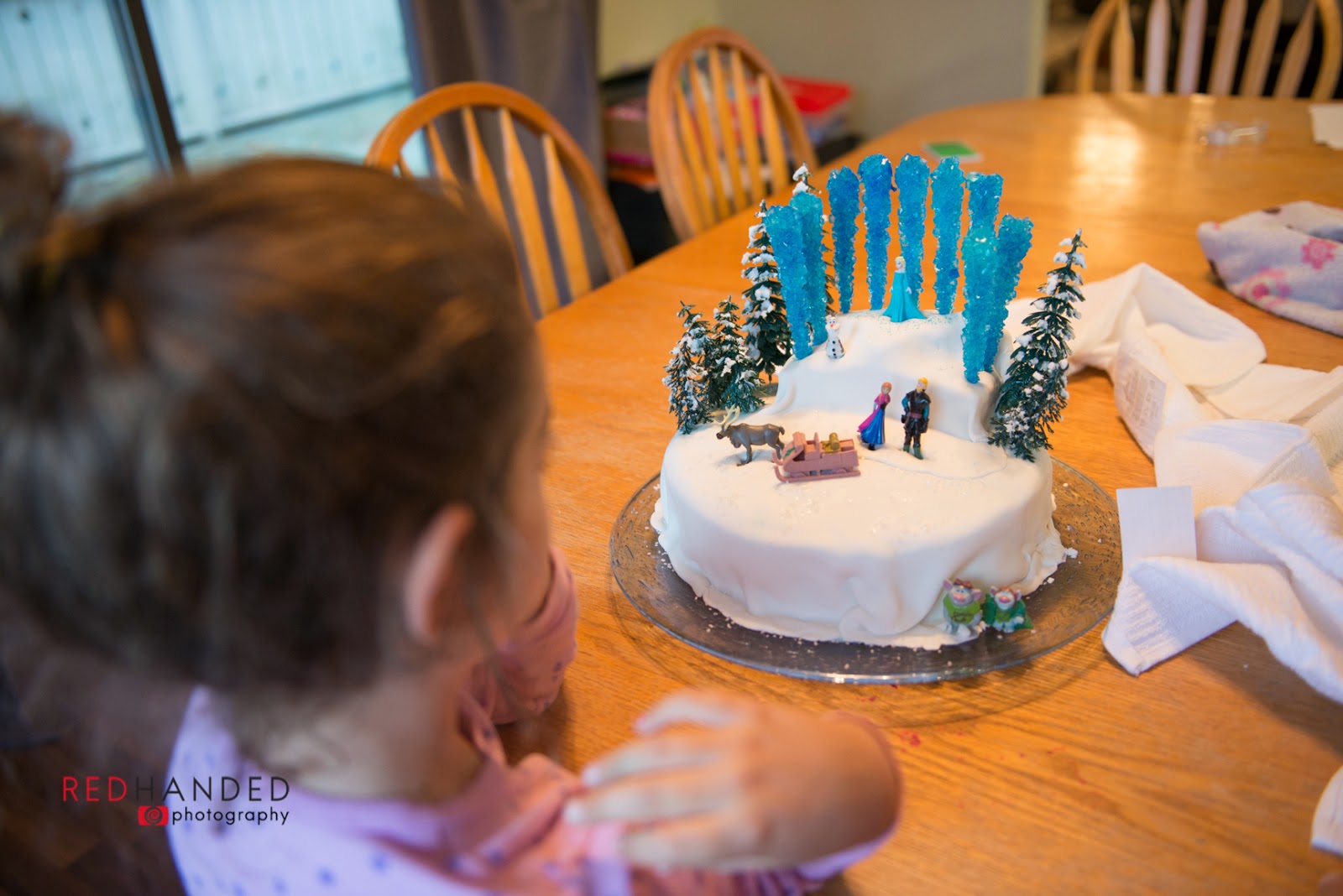 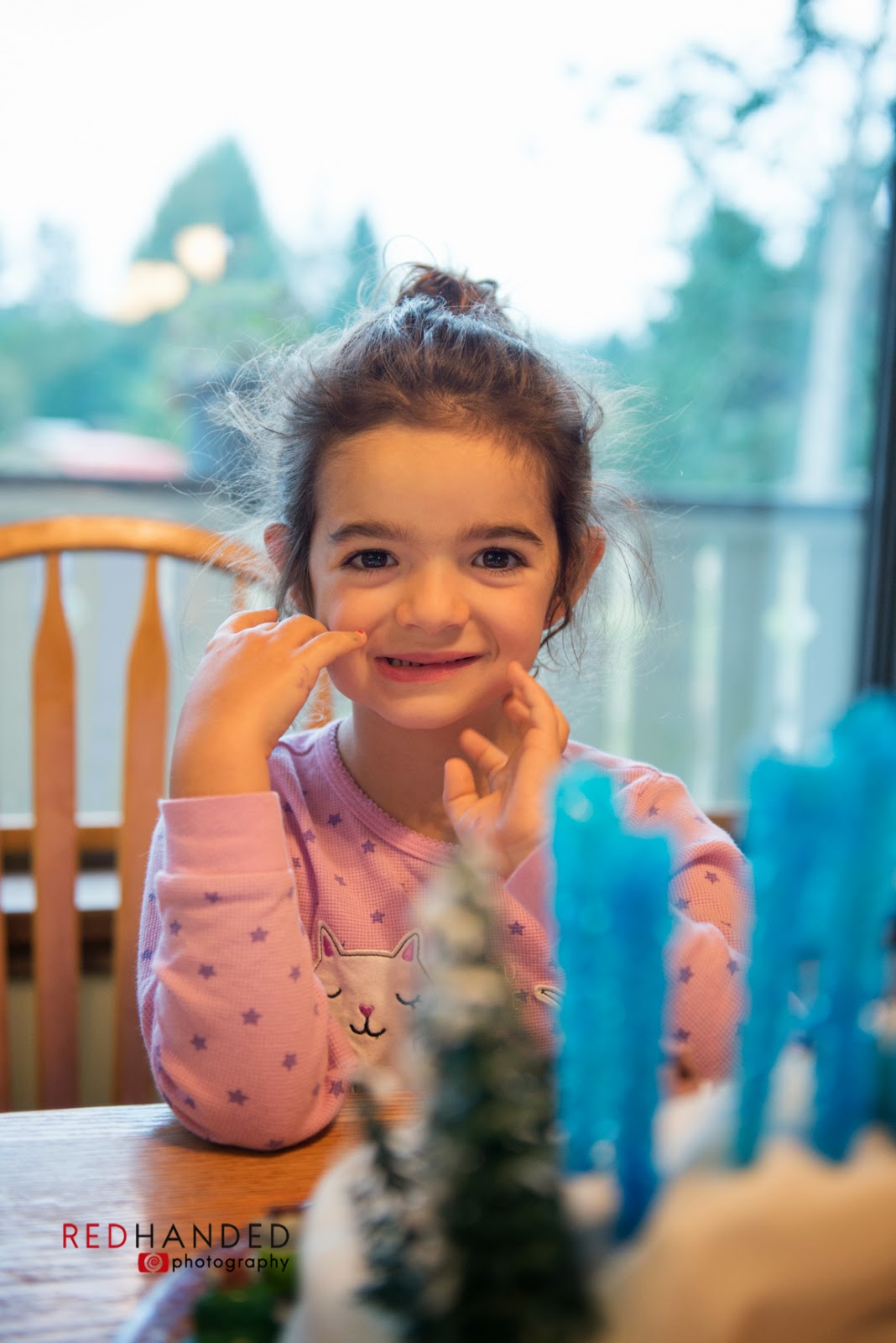 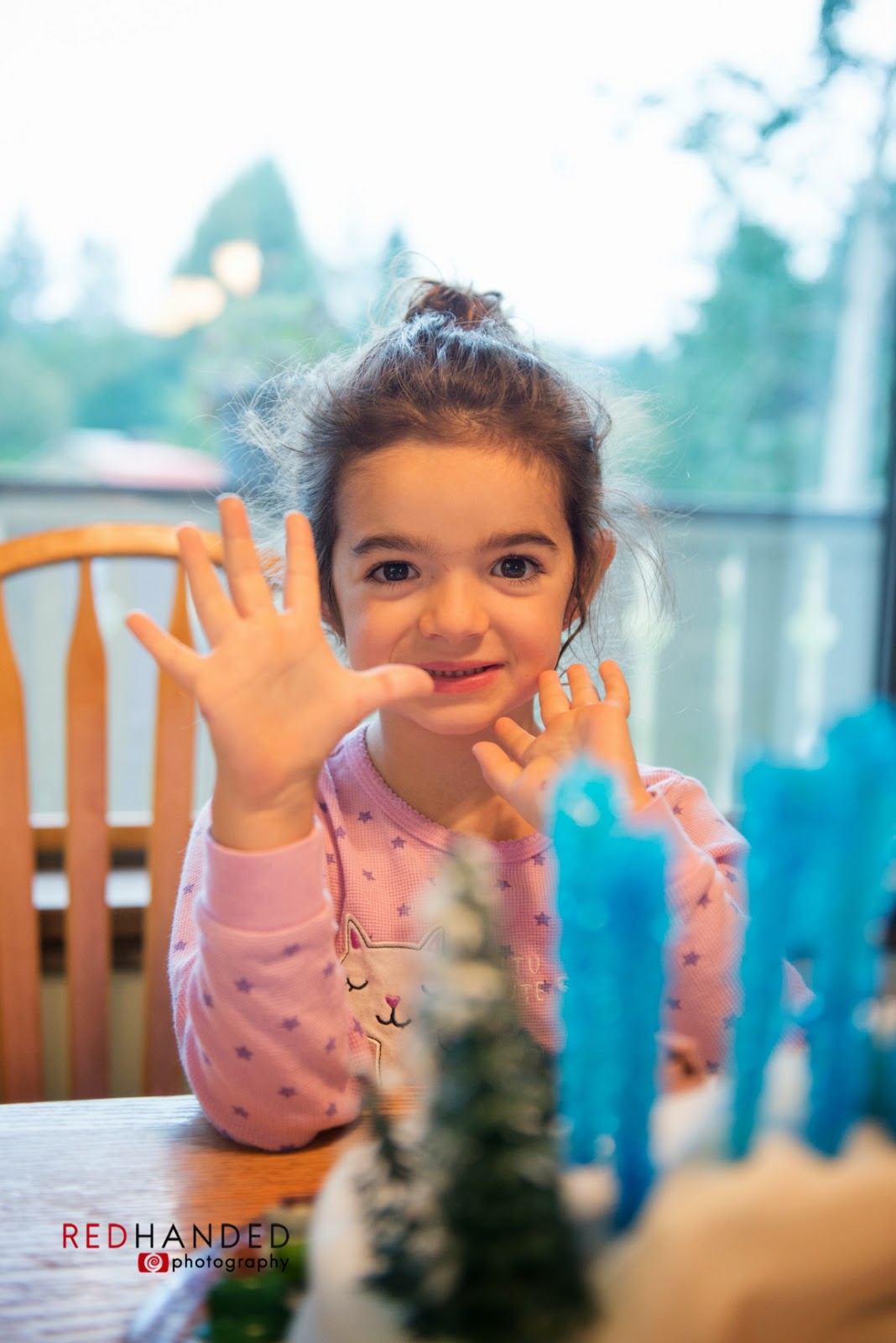