[talk: The "NOT the Biggest Loser" Prize]

IF I had won, I knew where I would spend my $800. Some of it would've been put away for the "Girls Weekend to Phoenix" that I'm a part of in October ... but what I REALLY wanted was a new camera. Why? My Pentax has been good - but a Nikon ... ohhhh my. A Nikon.
When my DH won, he knew how disappointed I was. So - he said, "Let's take a look at a camera shop - see what we can find." Oh - I had already done the research. A Nikon D40 was what I wanted - about $450 - and with a trade-in of my Pentax, the cost was minimal. But when I went into the camera store the salesman said, upon seeing my Pentax, "I don't really know why you would trade it ... the Nikon is a better camera, but the D40 is parallel with the model you already have." My DH had been waiting in the van, so I sent him in and got him to figure things out - whether it was worth it or not. And what did he do? 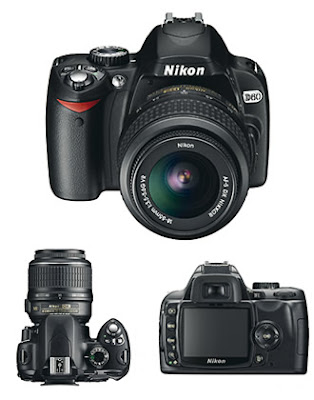 Well - he came out with a bag and a grin. He traded in my Pentax and upgraded to a Nikon D60 with 2 lenses, a flash, a remote and another rechargeable battery. OH HOW I LAUGHED!!! Me? I would've NEVER bought all of that ... probably not even the upgrade. But I'm thrilled - and spoiled.
So, see? I'm the BIGGEST winner of "The Biggest Loser" - without winning.
This afternoon, my man was out golfing so I took our boys to a playground and brought the Nikon. Here are some pics of our time together ... See why I'm in LOVE with this camera?? 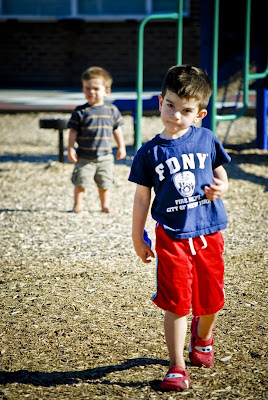 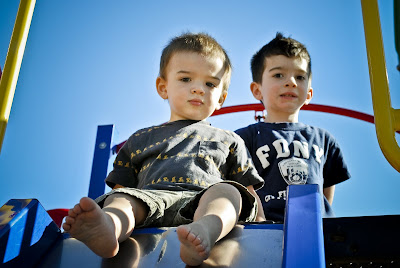 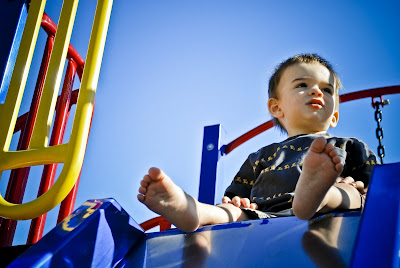 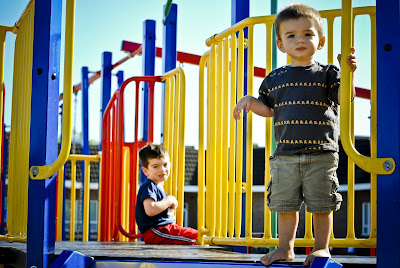 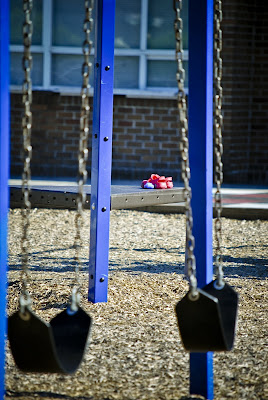 Glad u are so happy with it

Sounds like your hard work paid off....even without the title of "winner."

You look great....you should be very proud of yourself!