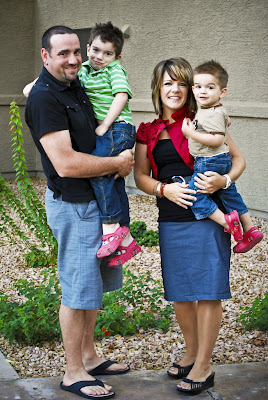 Last night, we ventured out to the Arizona State Fair. I had found "things to do" in Phoenix and was so excited to find that this fair was running - so we all voted *sort of* and decided this would be a fun thing to do with the kids.
The best part? Mattias. Oh my WORD.
We got him a "day pass" wrist band which allowed him to go on as many rides as he wanted and he went for it! He started off with the Giant Slide, which he had gone on at our own city's Fair. So that wasn't a big surprise. Then, he went on the Bumper Cars ... again, not a big surprise since that was his favourite ride at Disneyland this past spring. But what WAS amazing was how he started braving bigger, faster, spinnier rides ... all with jumping up and down and laughing.
He loved the kid's rollercoaster. There were 3 of them - all "scary" in their own way. And he just LOVED them ... my husband was equally thrilled with Mattias' new sense of adventure.
The boys ate the Fair food - which was greesey, sugary and basically really bad for you - and both stayed up WAY past their bedtime. Which ended up being too much for Tias ... he threw up today, and spent most of his time on the couch - napping on and off. *smile*.
Poor kid ... partied just a little too hard.
Tomorrow? Well, we're packing up and heading home - so sad to leave. But hey - we're off to Miami & the Carribean next week ... but that's another story.
Here are some pics of our time at the Fair... 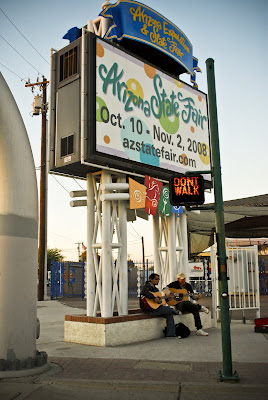 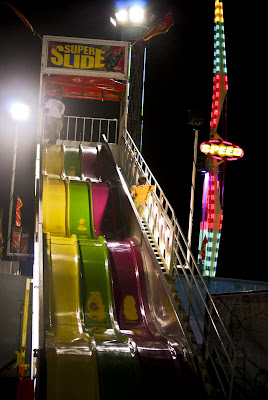 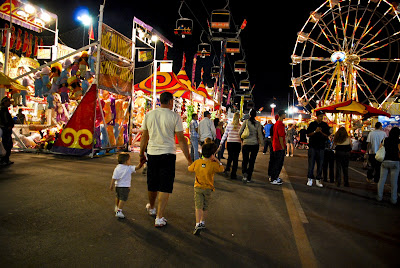 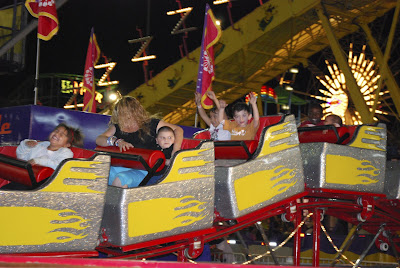 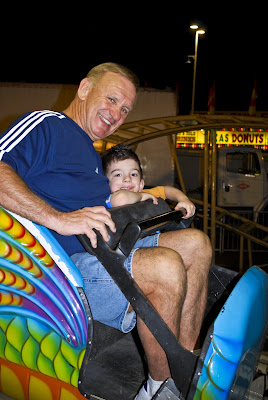 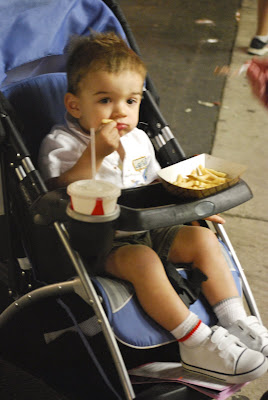 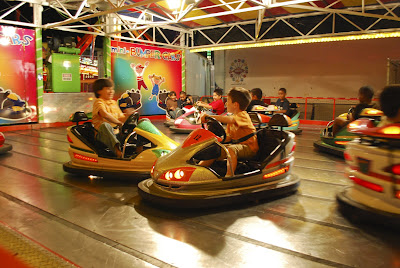 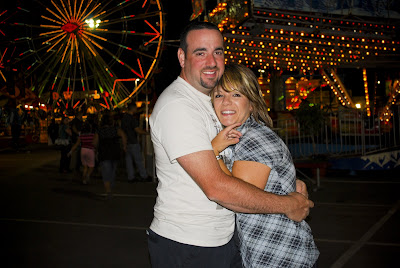 Sounds like a real adventure! Good on ya ... so does your hubby ever work with your the galavanting you guys do!? He he he he!

I visit your blog every once and a while, so I figured I should say hello. I know a couple ladies you know.

Please feel free to stop by my blog as well.

It looks like so much fun. Poor Mattias. I love the last pic. You both look so happy.

:-) it was a great day. But Tias is still sick - throwing up this morning, a high fever. Looks like it wasn't the partying afterall. Please pray - we need to make sure we get on the plane tonight. I'm leading worship for the WA Conference tomorrow night!

I love the state fair! It's always so much fun!!! I'm glad that you guys had a good vacation.

But what is up with Miami and Caribean next week?????