It was a very successful year ... at least at the end *grin*.

With us going away to Australia and New Zealand, and some other scheduling conflicts - piano didn't seem to really get going for us until ... well ... January??  Eek.  That's embarrassing ... but the truth.

Mattias did well in the festival in March, placing with a silver certificate in Preliminary piano.  From there, he moved along quickly - completing all of his Grade 1 Piano requirements from March until June.  It was like something just "clicked" ... thank the Good Lord *grin*.  He has big goals for next year, wanting to complete Grade 2 and Grade 3 Piano by June of next year.  He can do it ... especially if my mom helps (Hi mom, are you reading this???).

This was Josiah's first year in piano ... our lack of consistency kept him behind, but since January he really improved.  I often find him at the piano, practicing his "five-finger-exercise" and playing past pieces.  He loves it ...

But what the boys love MOST, is when their Nanny practices with them.  She has a gift ... and the time that they spend with her is invaluable.  They love the one-on-one time, it gives me a break (because they won't listen to me anyways, even though I have 3 music degrees of my own ... ), and my mom loves it too.  Win, win, win. 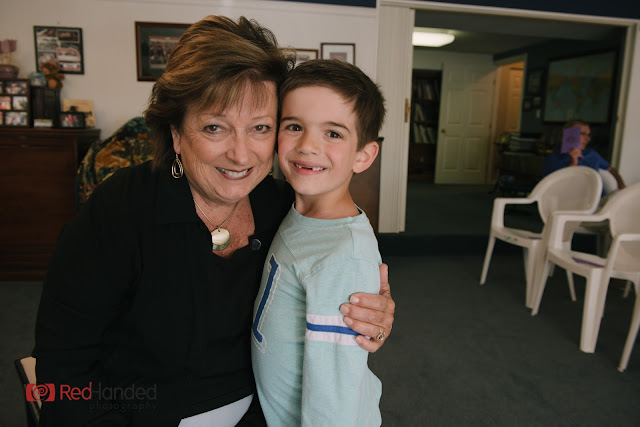 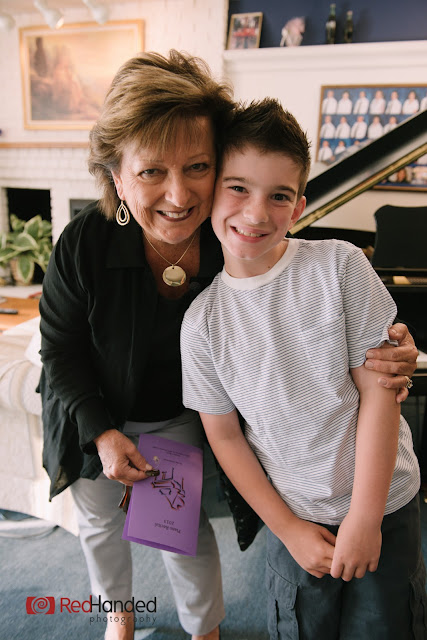 The year-end recital was small and cozy.  Their teacher has down-sized her studio considerably over the last few years ... and I'm just happy that she's willing to keep things going with our kids.  They love her.  And they loved that their family came to support them ... these moments are moments that kids REALLY cherish. 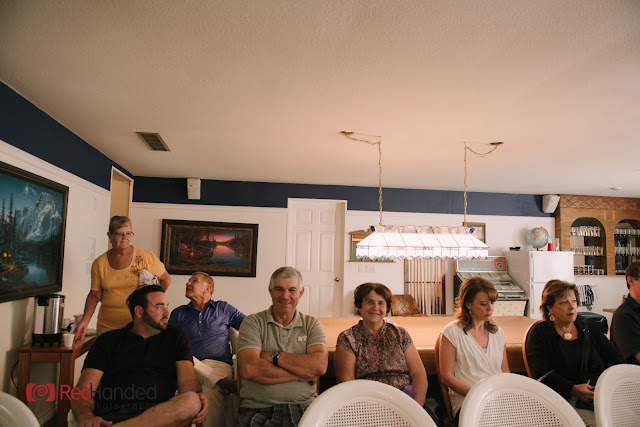 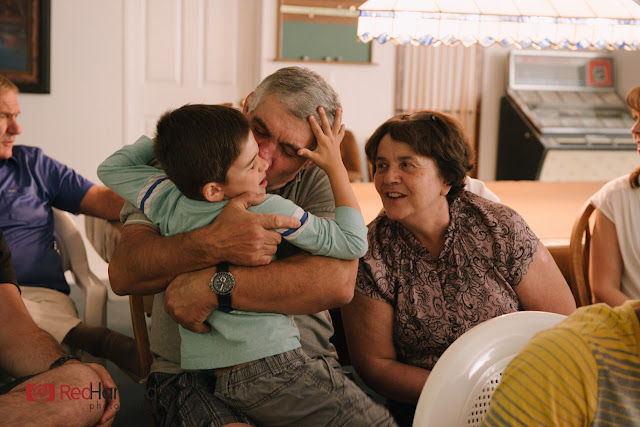 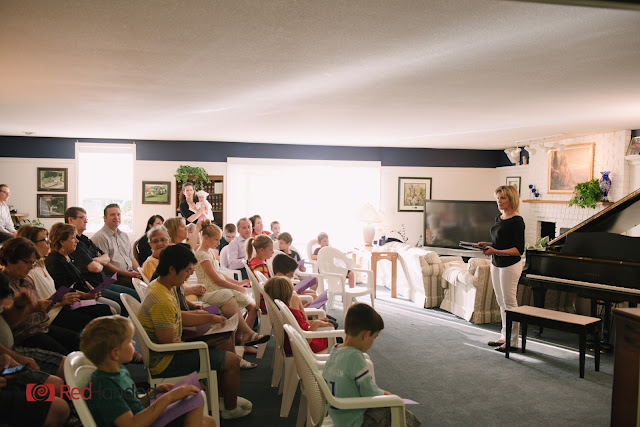 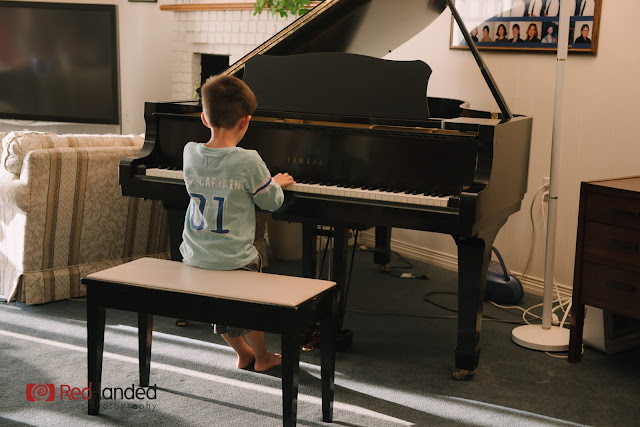 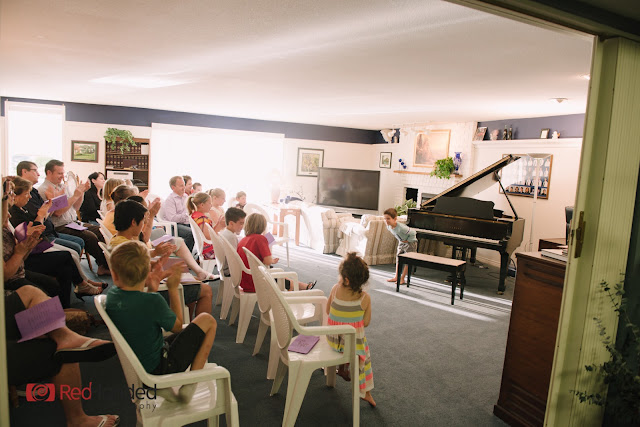 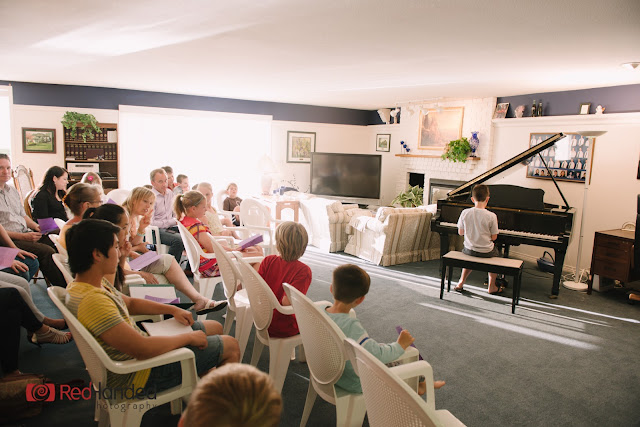 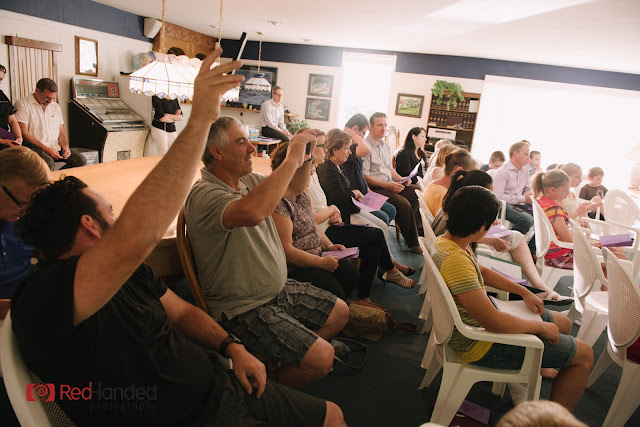 This pic of my friend, Ron, is because he always talks of his performance of the "Bronze Bear".  Apparently - it was life-changing to those who listened to it *grin*.  This was the piece that Mattias chose this year, and as he performed it - Ron looked over at me and I captured this *grin*.

Afterwards, he went up to Mattias and raved about his performance ... what a good guy. 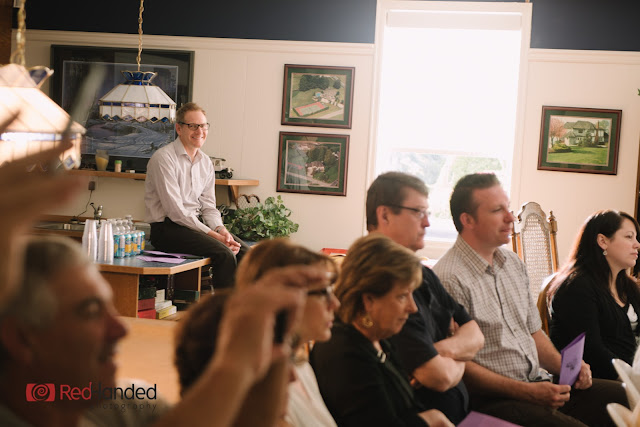 Because her studio was an intimate group, Karen decided to affirm each student by having them stand up at the front and telling the audience a little about each one.  I thought it was beautiful - and watching your child be affirmed in front of others makes you feel like your heart is going to explode. 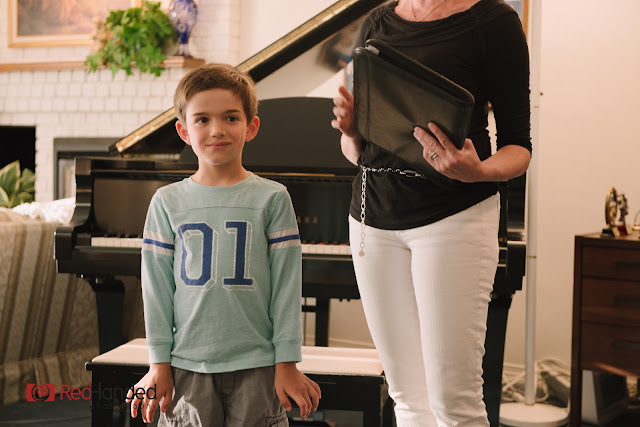 She talked about their musical accomplishments, of course - but also told of their character and little stories about things they may have said or done in class.  Really great. 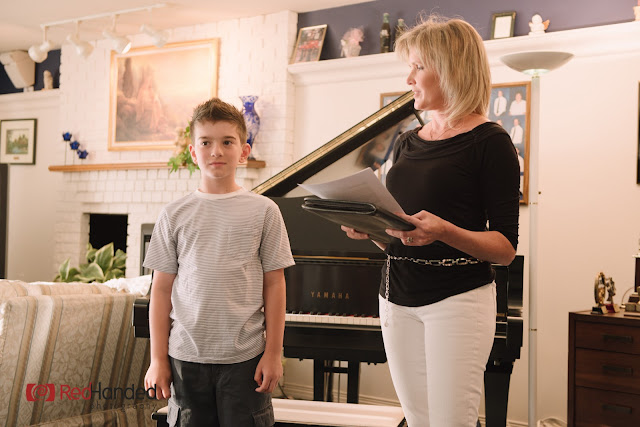 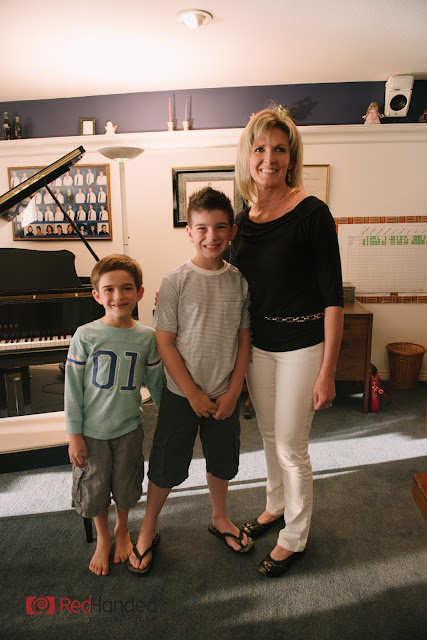 So a BIG thank you to Karen, and to my mom, for another successful year.

Thank you so much for your kind words Tania....I love helping the boys so much...it's our special time...building a very special relationship. Thank you for the opportunity to do this with them. Love you lots. xo