Well - it's not REALLY a secret - but it's out of my comfort zone and I've only told a couple of people.  But since this is my blog, and I create annual "books" of my entries, I figured it's time to  spill it on something that I've just kinda started doing ...


Well ... let me fast forward here a bit to Sunday night ... If any of you are my FB friend, you'll know that I was at a concert that evening.  A friend of mine and I (my hubby's not too interested in concerts for some reason ...) went and saw "The Civil Wars" at the Vogue Theatre downtown.

The opening band was a group called "Milo Greene" and they killed it.  Every song the band members swapped instruments (nothing cooler than a chick playing bass, no?) ... 4 voices, harmonies, a tambourine ... it was spectacular.

Then The Civil Wars took stage ... just a guy, a girl and his guitar.  That's it.  And their voices were supernatural ... their own instruments.  The control, the melodies, the chemistry ... the song writing.

My friend and I sat in row three.  Close enough to see spit droplets when consonants were sung *grin* ... 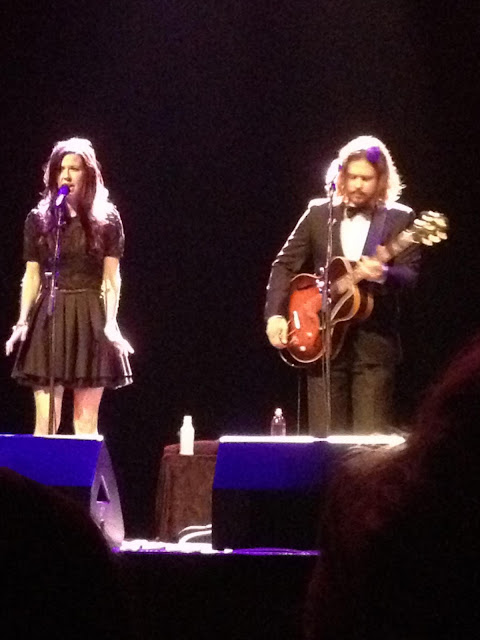 It was all just too much - in a good way.

And as I sat there, I looked over and saw my new friend and his wife grinning from ear to ear.  He was, after all, the reason my friend and I were there in the first place.  He had invited us.

See ... I've started songwriting him - a guy from my church.  He approached me a couple of months back and said, "so - whatcha doing with your music - outside of church?"  To which I said, "um.  nothing?"  He thought that we should hang and see if we were compatible to song-write together.

Back to Sunday night ...

As I sat there, I found it so hard to feel confident in my own talents when they were obviously so much less than what I was witnessing.  Please understand - this is not an insult to myself *smile*.  It's just reality.  There is always someone better than you ... it's just the way it is.

I found myself going back in my mind to the reason why I joined up with my new friend in the first place.  I don't want to be a rock star.  Ha!  I'm not a rockstar ... I'm just a 37year old stay-at-home-mom-of-three who plays at church once a month and is thankful to take photos for others when they ask ...

I like it. Sweet inspiration! I'm pumped to see what happens next ;)
Glad I could introduce you to them. So glad you and Nicole could meet my friends too. What a great night! Epic.