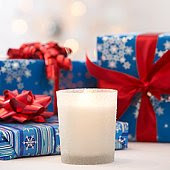 If Oprah can have hers, I can have mine *grin*. AND - for all of my foreign friends - in Canada, we spell favourite with a "u". Just in case you were wondering *grin* ...
My first favourite thing? Family. Being with those I love - and I'm starting to get in the Christmas feel around here - baking, decorating (well, this weekend I will be), planning. Everything done with those who are most important. My second favourite thing? FRIENDS. Without question. My life has taken me to different places, and just today I got a phone call from Michigan from a friend I toured the southern States with in '94. I love friendships. I love new friends, old friends ... awe - I feel a cozy hug moment *GRIN*. People are just the greatest.
The SUN is SHINING here - finally - and my spirits are just SO much brighter when the sun shines. Which leads me to my list - some things I have, some things I'd like:
1. LIGHT THERAPY LIGHT BOXES: My husband agrees with me that the sun really seems to dictate how I feel. So - this is something on my "oh, I wish I could get one of these".
2. YOUR FONTS: I found this site - and it turns YOUR HANDWRITING / PRINTING into a computer font!! Is that not fantastic?? Especially for digiscrapping ... and the best part? It's FREE!!
3. SPIT PARTY: Ok - so I saw this on Oprah ... but I thought it was super cool. Essentially, you spit and send it away for DNA testing. But it tests to see if you are carrying specific genes - say, one that is susceptible to Parkinson's. Or breast cancer. You may not want to know, but I think it would be really amazing to know those kinds of things. After all - ignorance isn't really bliss, and you could be proactive in preventing the onset of some of these diseases. VERY pricey ($400US) - not realistic - but pretty cool for the "person who has everything".
4. COMFORTABLE CLOTHES: Lulu Lemon is the greatest thing invented, and is my daily uniform. I could always use more of these ... end of story *grin*.
5. JEWELRY BOX: I have a lot of jewelry. Actually, I didn't even realize that until lately. And I think a place to put it would be good thing. This box I found, is a tad pricey *grin*. But I liked it because you can hang your necklaces instead of them getting all tangled up.
6. CHRISTMAS VILLAGES: I've been collecting these since I got married. I love setting them up and at night, when the house is silent, I love to just stand and watch them. I thnk of them as heirlooms.
7. LAMPEBERGER: I've written about this before. And these are simply the greatest things ever ... you can purchase high-end lamps or simple, inexpensive ones. SO great. I own one myself and have given them away as gifts as well.
8. PHOTOSHOP ELEMENTS 7.0: Oooooo - an upgrade, as I have 6.0 How great would that be?? I'd sure use it, that's for sure!
9. AMAZING GRACE CLEANING CO: Ok - when I was thinking of what my favourite things were, the idea of having someone ELSE coming in and cleaning up after Christmas and New Years - well, that just made me smile! ... maybe this should be #1. *GRIN*
10. PORTABLE MUSIC: Would you believe that I don't have an Ipod? I am a music buff, live on the stuff - and don't have one of these. Definitely on my favourites list.
11. FUZZY BOOTS: I've seen Uggs around forever - and think they should go on my list. I'd love a pair of chocolate brown ones.
12. WHEN MY HEART FINDS CHRISTMAS: Christmas officially begins when this CD comes on ... "Oh, the weather outside is frightful **TRUMPET BLOWS**". It is undoubtedly my favourite Christmas album. Oh. And Michael W. Smith's. Oh. And Celene Dions. And Kenny Gs. Ok. So I have a few.
13. SPA UTOPIA: In our town, there is a place. A special place where one can go and just enjoy silence and a massage. Hallelujah. I love this place.
14. WORLD VISION: I've written about this before and truly believe that we need to be generous. All in all, these things I've talked about are all luxury's - nothing is needed. But for millions of people, the ache for the simplest of things is a dire need. We got a World Vision catalog in the mail. Find out how you can get yours and GIVE. Or, if you feel strongly about your community - find out what YOU can do above and beyond your normal giving. There are people who surround us daily who are in need. What we have can be taken away in an instant - so be diligent in what you have TODAY. There is nothing greater. And we all know it's what Christmas is really all about.
OH - and I'm working on quite the blog entry for you ... it's taking me a while. But it won't disappoint. Seriously. I'm going to make quite the fool of myself *grin*.
Stay tuned and be blessed.
Posted by Tawn at 12:13 PM

I have to admit, I love my lampeberger. thank you so much for writting about it, and suggesting it:) Living in an apartment with a guy who works in construction..its my saving grace! I don't know if you know this, I am sure you do, but you can get a litebook at London drugs for about $200:) Works wonders. Definitly a good investment!

Uggs boots are ugly. I have the short tan one's @ www.warmbat.com but my feet have not been cold since I bought them. Not once. They have however, been ugly! J

I'm with ya on the sunshine. And as for Uggs, I was kind of against them because it seems like EVERYONE has them, but when I was in Vegas in July, I walked into Nordstrom's & bought some suede cargo Uggs that zip up & have a buckle(more like regular but still BIG boots) that aren't available in Canada (another selling feature! lol). Once I tried them on, I was DONE! They're so great, especially for those mornings when you're in such a hurry you don't even have time to put on socks! And I have some of those!(They were designed for Aussie surfgirls to wear barefeet in). Good list of stuff!

If this persuade's you at all about the Uggs, I did hear a quote by some very cool highschool girls saying: omg is she wearing uggs? that is so 2002!!! hahahah this made me laugh. However if you get them, I will not tease you or call you 2002. This is my solemn vow. I did just see that thing on oprah about spit parties....very cool!

that also is not meant to offend anyone who owns and wears uggs, including my very fashionable sister(who has teal uggs so at least she has that going for her).

Your Fonts... wow how cool and what a find. Thanks for posting that link!